The fresh wind of a new season always brings new challenges, and this is especially true of Season IV: Blood of the Empire. As well as new units to unlock, we also have Wages of War and Songs of Battle (previously known as Experience and Growth Challenges). Finally, there’ll be a new set of Weekly Challenges to undertake; ten weeks of matchmaking-based combat, which, new to Season IV, is presented in a campaign-style.

Access to Season IV’s new units will be staggered and will require you to work through a number of Unit Challenge stages, each comprising six challenges. Bring up the Seasons menu with F5 and select the Unit Challenges tab, then select a unit to see its requirements. For those that didn’t manage to fully unlock content from Seasons II and III, those challenges will again be accessible via a drop-down selection box in the top-left of the Unit Challenge screen. Note that the additional rewards that were specific to previous seasons (Fangs, cosmetics, etc.) will not be issued, nor will it be possible to acquire them from the Season IV Store.

It’s important to note that you can only focus on one set of Unit Challenges at a time. If you wish to switch from completing Season IV Unit Challenges to those of previous seasons, it will cost 1,000 Silver, and there is a time penalty for switching back (which can be offset by Silver). Consider carefully when might be the best time to focus on the units you need. If and when you do switch, your progress will be saved for when you return. 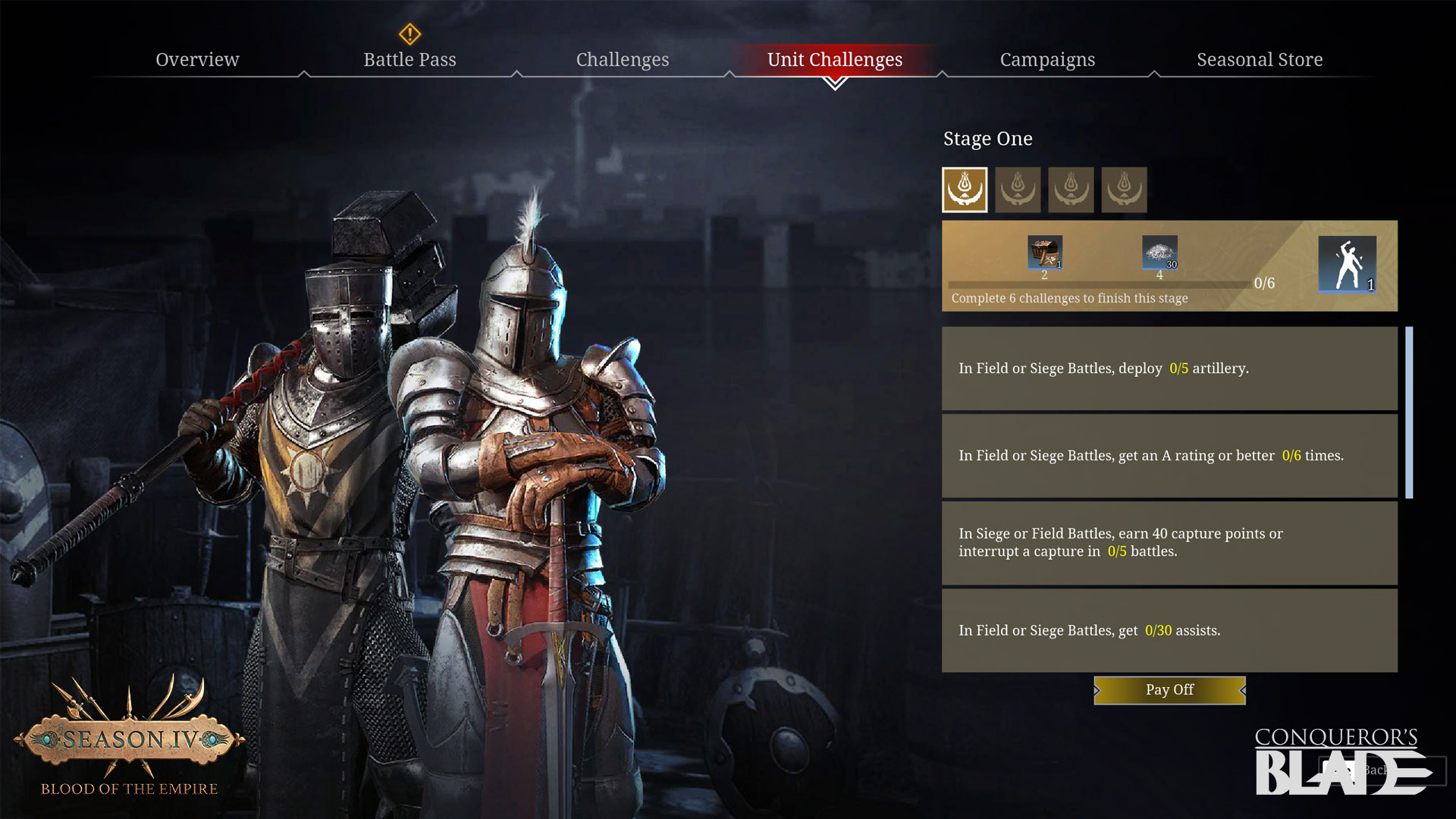 Wages of War, Songs of Battle

These are two separate sets of season-long challenges that, as you manage to complete each stage, will reward you with items to better your new units. From Wages of War you will receive Rare and Epic-level Doctrines and Signacula, while from Songs of Battle you’ll be given Rare Armour Schematics and Emotes. 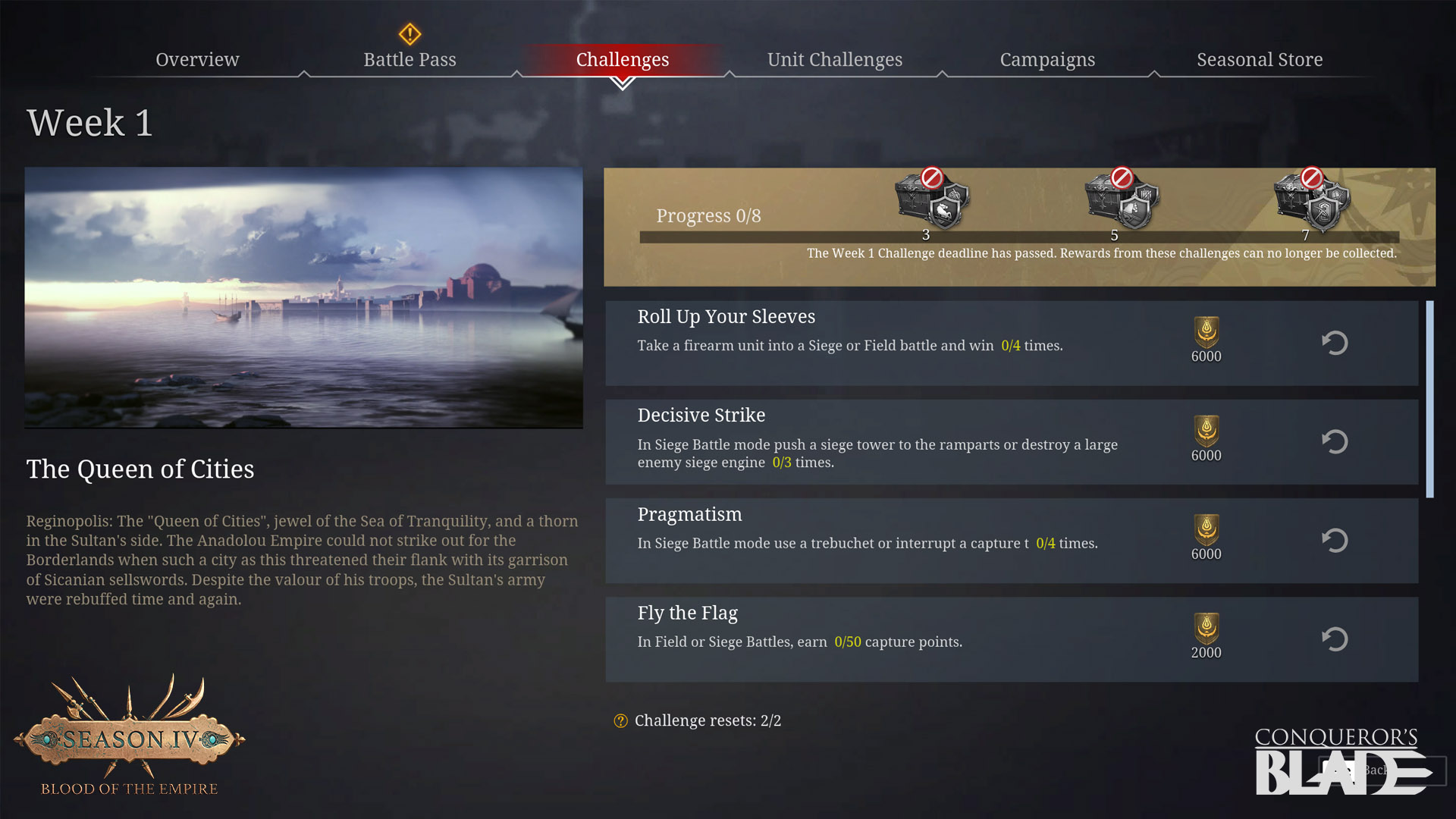 While Unit Challenges remain active throughout a season, Weekly Challenges change as the season progresses. These are the tasks from which you will amass the Glory necessary to attain higher levels of Nobility. The higher your Nobility ranking, the greater the rewards (and if you have a Battle Pass, those rewards are even greater).

For Season IV we have infused Weekly Challenge progression with story elements, and added challenges in which progression can be shared with team mates - such as the slaying of other Heroes on the battlefields. We’ve also made some of the challenges that were specific to one side applicable to both (ie, “In Siege Battle mode push a siege tower to the ramparts or destroy a large enemy siege engine.”)

The challenges of Season IV: Blood of the Empire start July 21!

Behind the Scenes: Feature Redevelopment