As part of the Season IV: Blood of the Empire update, the chat wheel function is being massively expanded. Previously, pressing the middle-mouse button would allow you to voicelessly communicate with allies on the battlefield using a limited set of commands and responses. From July 21, not only will the wheel function be accessible away from the battlefield, it can be customised to include expanded commands and all-new emotes. 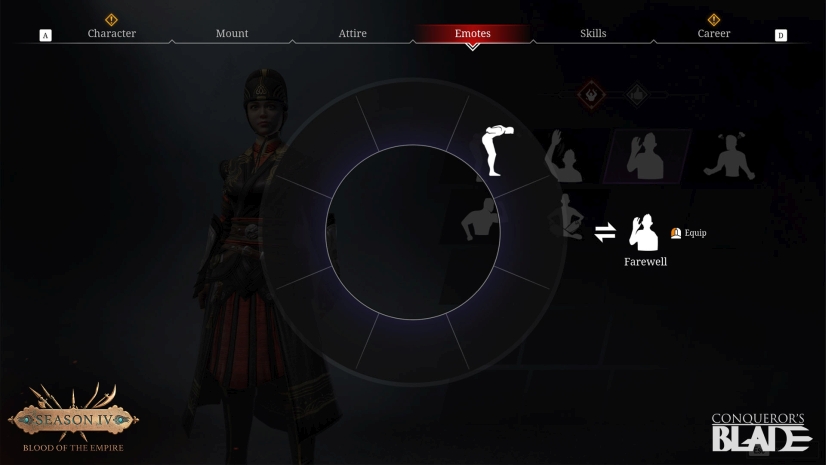 You can view and select tactical commands, responses and emotes by going to the new Emotes tab of your Character screen (P). To customise the wheel’s EMOTES MODE just right-click on the emote and position it in one of the eight slots on the wheel. You can preview each emote by left-clicking its icon first. 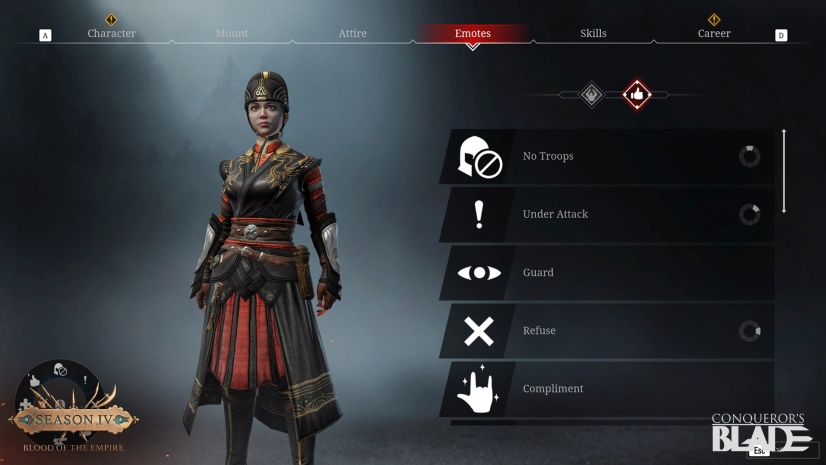 You can customise battlefield commands and responses for the wheel’s TACTICS MODE  in the exact same way. To remove an “equipped” tactic, simply right-click or replace with another.

By default the wheel will be in EMOTES MODE when located in fiefs and TACTICS MODE when in battle. On the battlefield you can switch between the two by pressing TAB.

Players will start Season IV with all tactical commands and responses unlocked, and with a selection of essential emotes. Some emotes (listed below) will require you to reach the requisite Nobility rank to be able to use them.

We’d love to know what you think of the new system and how it can be expanded, although it might be best to do so via the usual social channels rather than by waving - just in case we don’t see you!