Reckoning is coming, and its hammer will fall upon this land like an anvil. Prepare to face the Soldiers of Fortune, a ruthless army from the land of Sicania, as you smash challenges in the new Battle Pass, earn season-exclusive rewards, and unlock a mighty weapon worthy of the gods. Conqueror’s Blade Season III: Soldiers of Fortune is available to download and play for free today!

The armies of Sicania bring an incredible new weapon to the fray! The Maul is a heavy, two-handed hammer that takes great strength and patience to wield. Its considerable heft can shatter ranks, and easily cleave even the most resilient defences asunder. This is the eleventh weapon class for warlords in Conqueror’s Blade, and we hope you enjoy devising new tactics to attack with or defend against the blunt damage wrought by this brutish weapon!

Unlock the Maul and its skills as a free reward when you reach Nobility Tier 25 on the Season III Battle Pass – no purchase necessary! 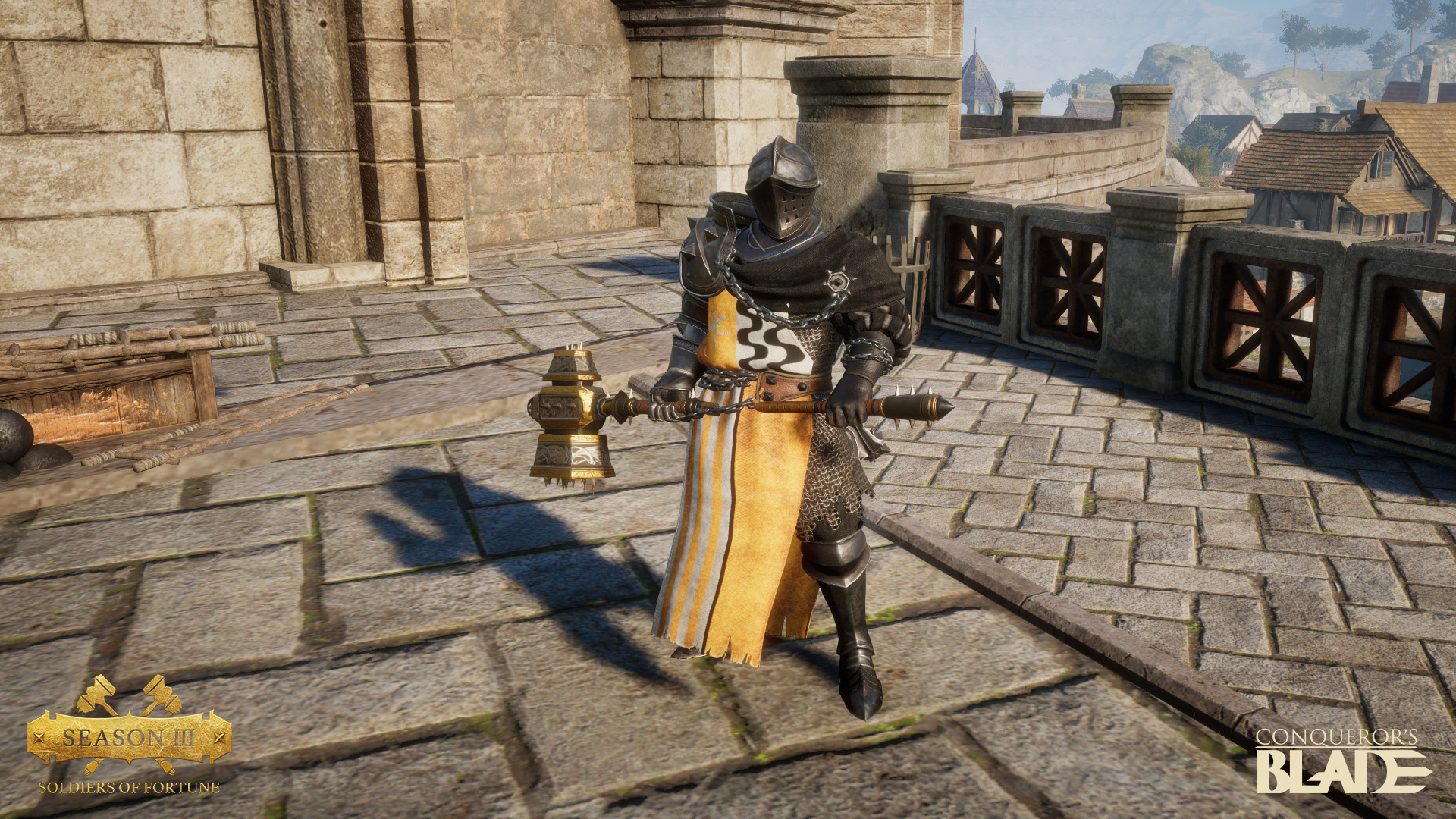 Complete Unit Challenges throughout Season III to unlock four new units! The Soldiers of Fortune are merciless sellswords from Sicania, a sun-kissed land where honour and allegiance can be traded away… if your coin purse is heavy enough. They are part of the legions deployed to retake lands lost to the Sons of the Steppes during Season II: Wrath of the Nomads, and they will not rest until their work is complete. 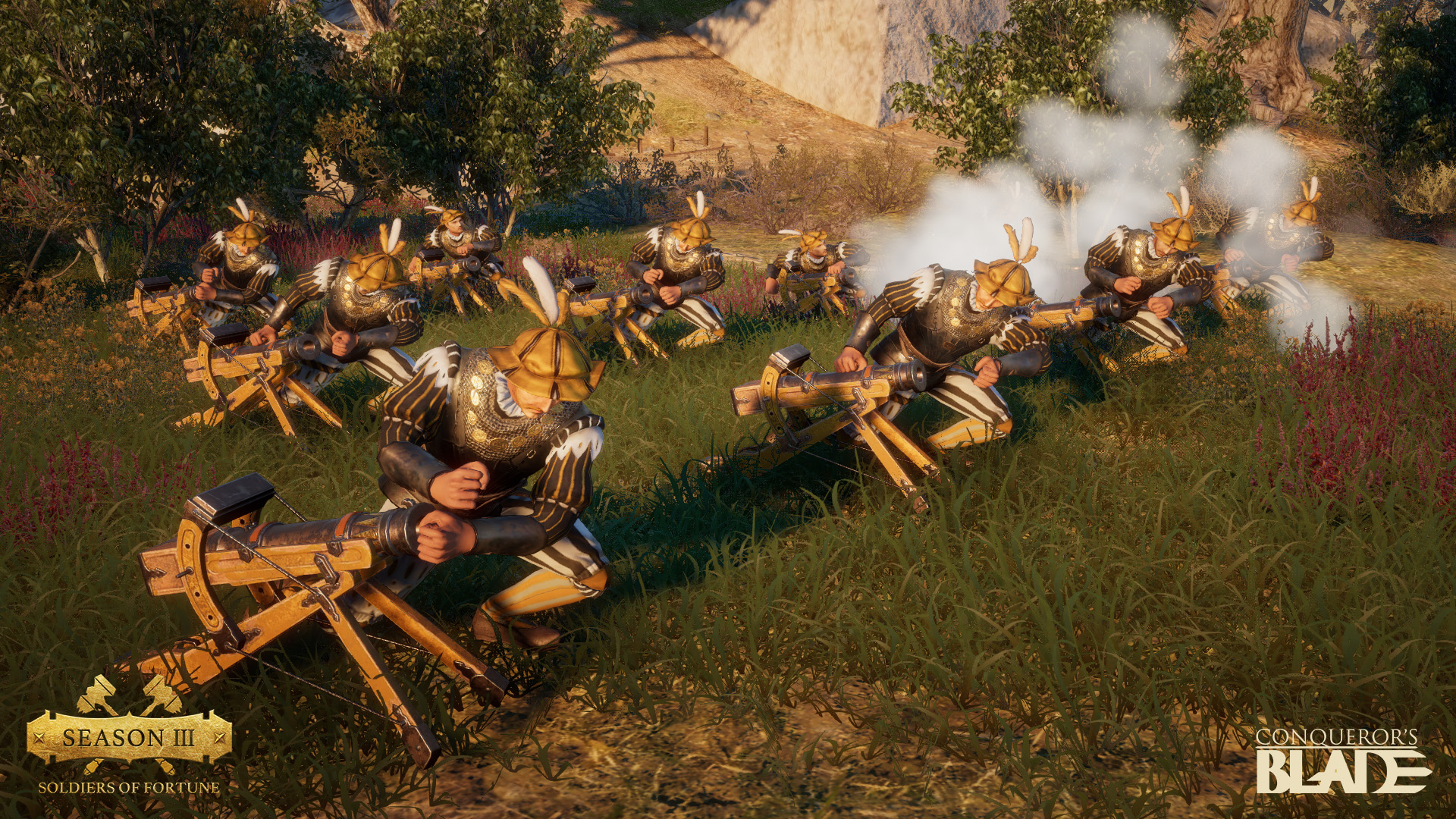 Not only are the sellswords of Sicania fierce fighters, but their innovative military advancements may change the field of battle forever. An explosive new unit type, artillery, is joining the fray as part of the Soldiers of Fortune:

There’s also a new Mercenary unit that can be recruited in exchange for 700,000 Silver or 4,900 Sovereigns from the Unit Tree: 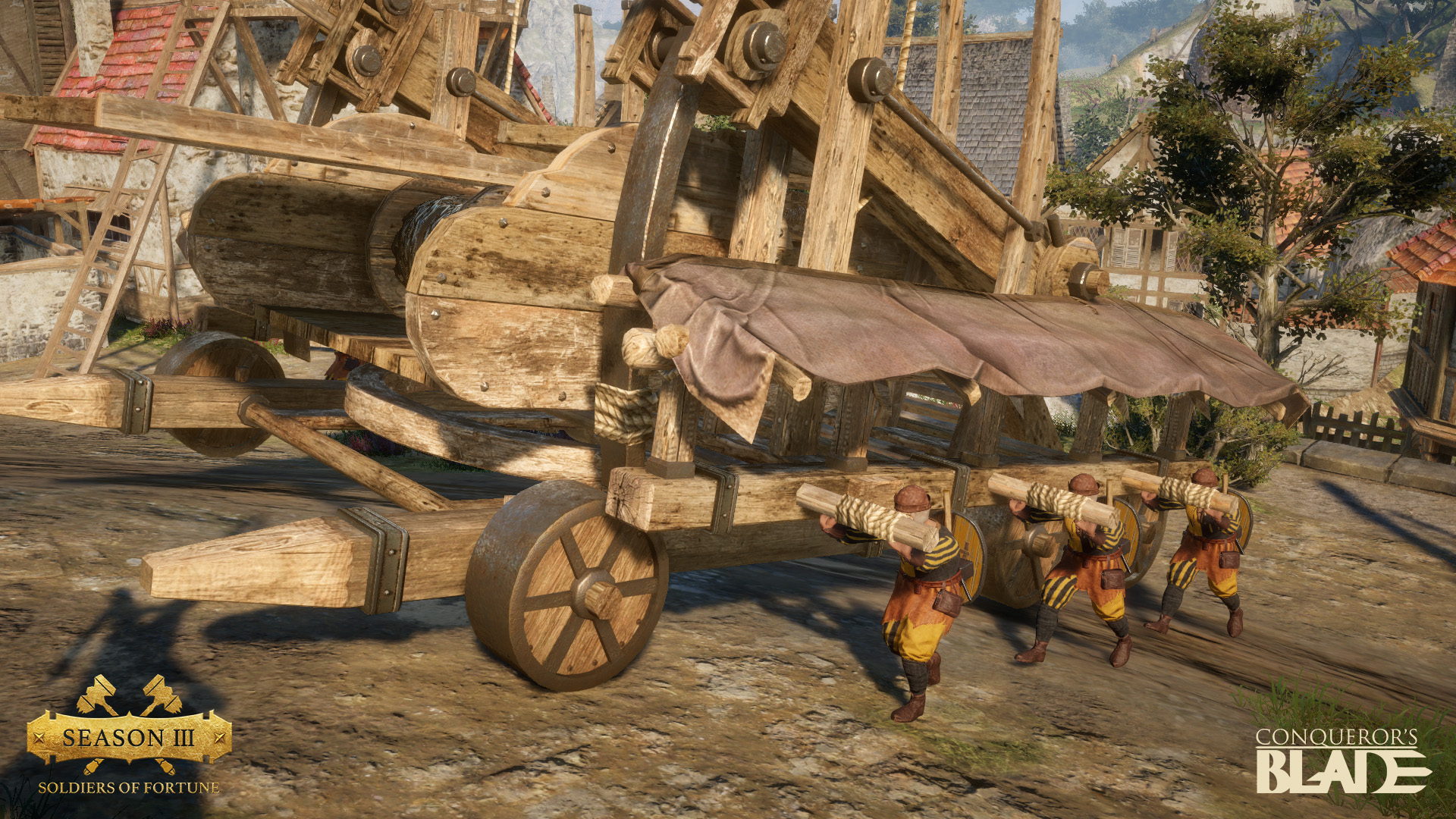 Fight. Rise through the ranks. Earn epic loot. The new Season III Battle Pass features over 100 levels of rewards, which can be earned by completing challenges throughout the season, collecting Glory, and raising your Nobility Tier. Season III features a luxurious selection of cosmetic attire from Sicania, including the attire of their most infamous and deadly mercenaries!

Lots of rewards, including the Maul weapon class, can be earned for free during Season III. You can also upgrade your Battle Pass to the premium version in-game, via the MY.GAMES Market, or through Steam to start unlocking premium reward tiers. 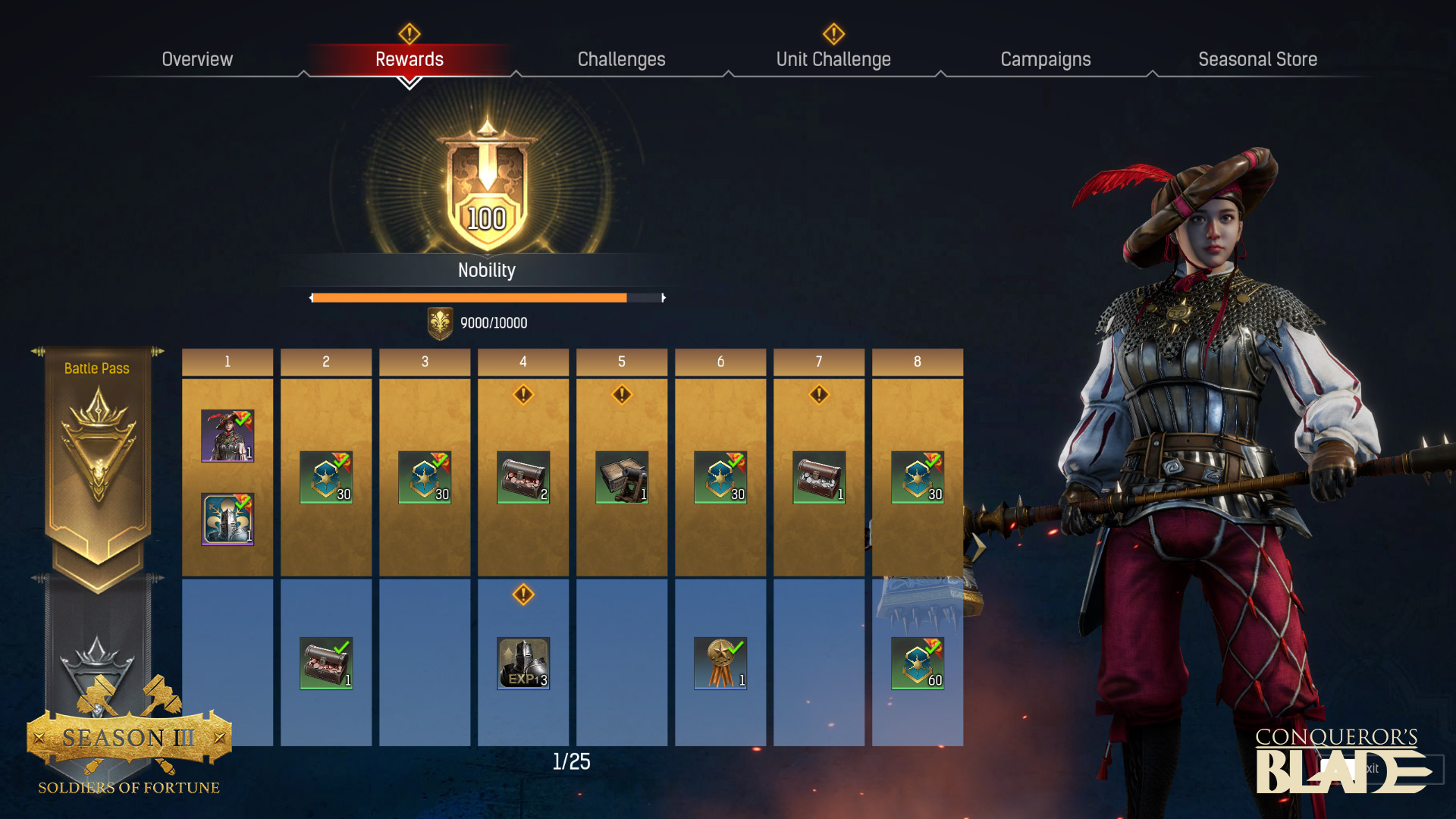 Progress through the Battle Pass to collect unique cosmetics only available during Season III. This new Hero Attire, Unit Attire, and Horse Attire is inspired by the Soldiers of Fortune and the land of Sicania. Forged using the most expensive fabrics, precious metals, and other spoils of war, represent the wealth and military might of this vibrant land with seven new attire sets available from the Battle Pass:

Make sure you earn the new Sicanian gear before Season III ends! 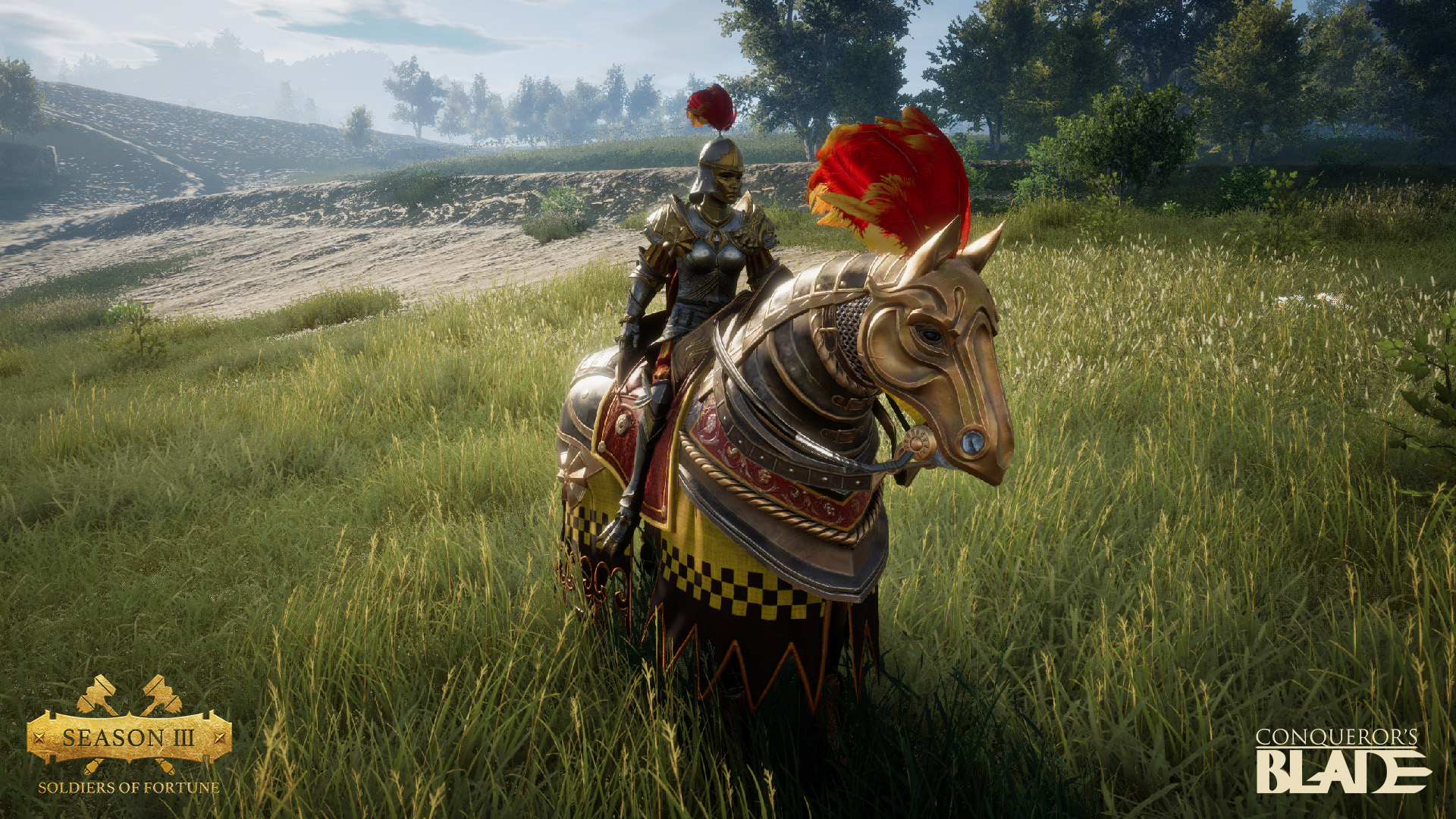 The Soldiers of Fortune deal in Barbutes, a jewel-like currency named after the helmet worn by Sicanian pikemen. Collect Barbutes as rewards throughout Season III, then redeem them in the Seasonal Store in exchange for new items! The new Unit and Horse Attires are there, plus an armoury of new skins for every weapon class (including the Maul):

Barbutes are also granted as bonus rewards for every new Nobility Tier beyond 100 on the Battle Pass. 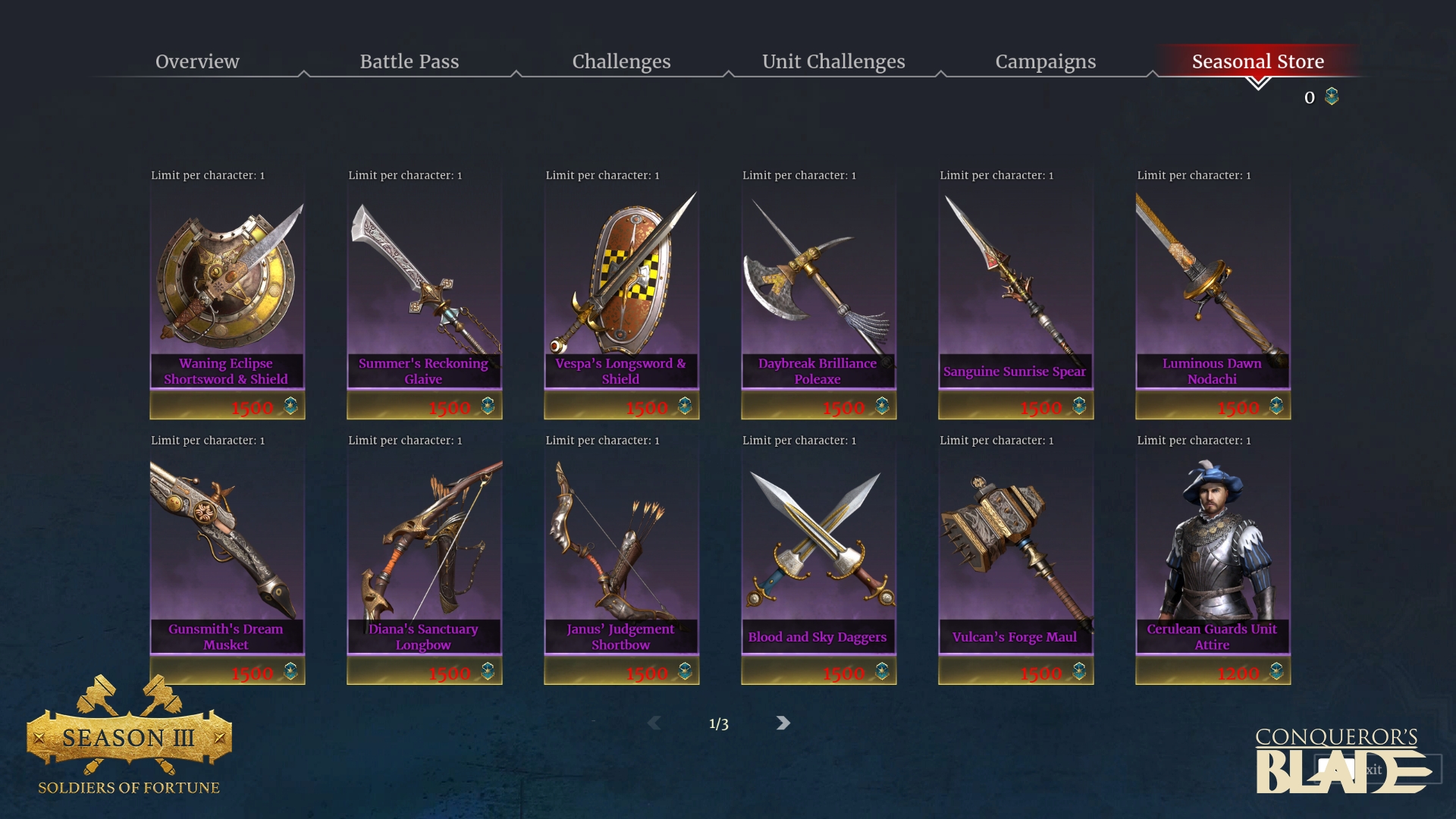 NEW FEATURES AND THINGS TO LOOK FORWARD TO IN SEASON III

Check out the patch notes for a full breakdown on everything new in Season III: Soldiers of Fortune. There’s also a series of dedicated articles about the Maul, the Soldiers of Fortune, and Unit Challenges, and more that can be found in the news section.

Reckoning is here. Download Conqueror’s Blade for free, update your game to the latest version through the MY.GAMES GameCenter or Steam, and do battle with Sicania’s finest in Season III: Soldiers of Fortune! 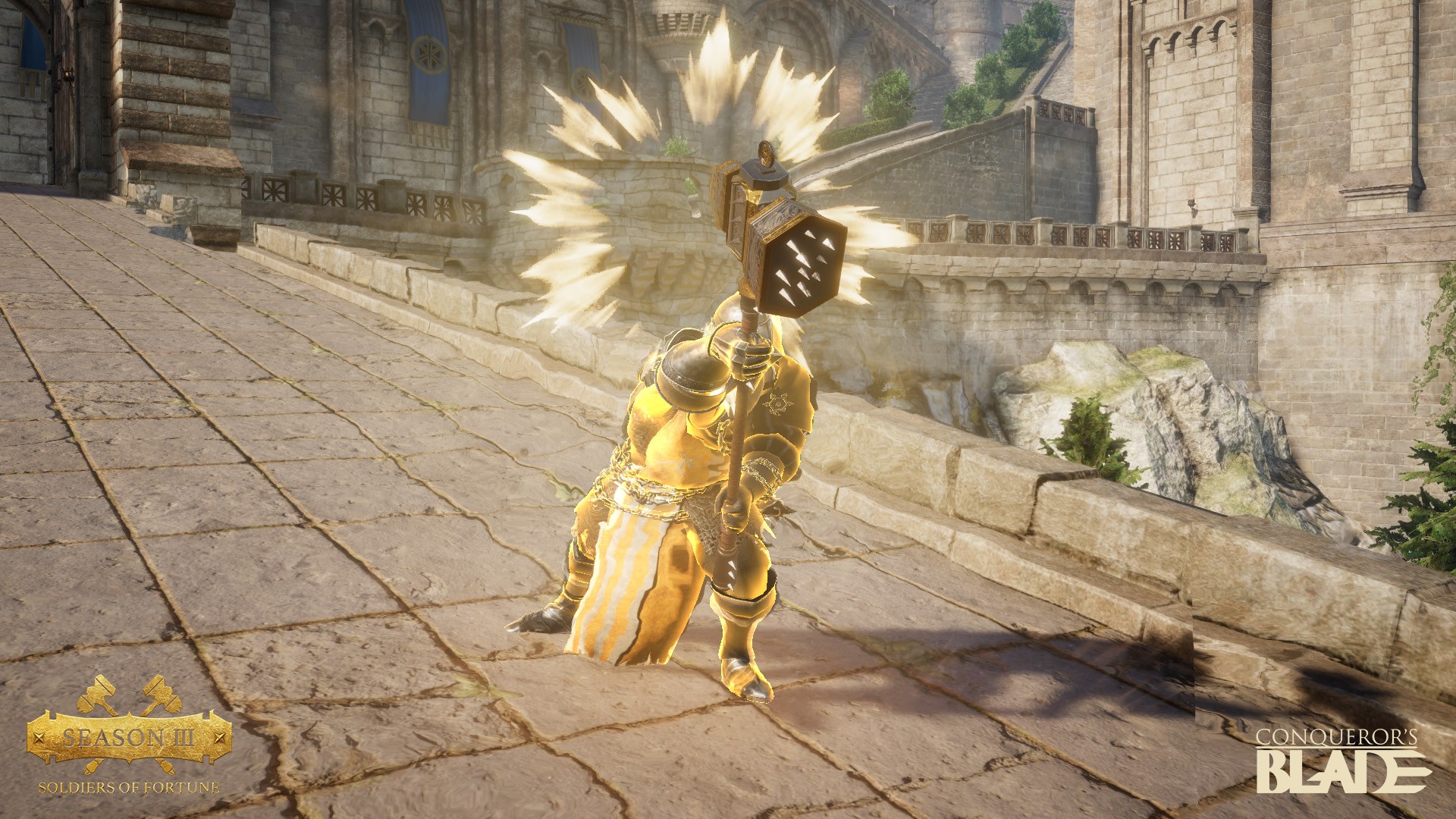