Flanked by a fiercely loyal troop of Iron Reapers and with his glaive glinting in the morning sun, FearItself is the poised leader of Unbroken, one of a number of battle-scarred but successful warlords in the Defiance battlegroup that are currently preparing for the new season of warfare as it crests the distant horizon. Having successfully fought to capture the Conqueror’s City during recent weeks, the current Unbroken leader is confident that even greater success awaits. Before then, however, there is time for some reflection...

How did you personally find out about Conqueror’s Blade?

I honestly don’t remember how I learned about the game but I gave it a try in beta and have been playing ever since.

How did you come to lead Unbroken?

I was fortunate to link up with Unbroken early in the game after leaving another house. Due to real-life issues, prior leaders had to step down and I was chosen to be their successor.

What do you think makes the house different from those around you?

Our house is made up of a core group of players who just enjoy playing the game and being together. It is truly a family-like bond that has been developed through months of teamwork, resolve, and overcoming insurmountable odds. Our house is a warm and inviting environment that is welcoming to new and veteran players. We have a relaxed demeanor throughout the week coupled with top-notch strategy and shot-calling during Territory Wars.  In my personal experience, most other houses are either really serious and turn away those who enjoy fun or they lack organization when it comes to battle plans and overall strategic decisions.

However, the biggest difference between Unbroken and other houses is that this is not a dictatorship that follows the whims of one leader. There is a strong group of officers that care about rank and file members and make decisions based on the good of the house. If I stepped down tomorrow, Unbroken would continue to be a dominant force in CB. 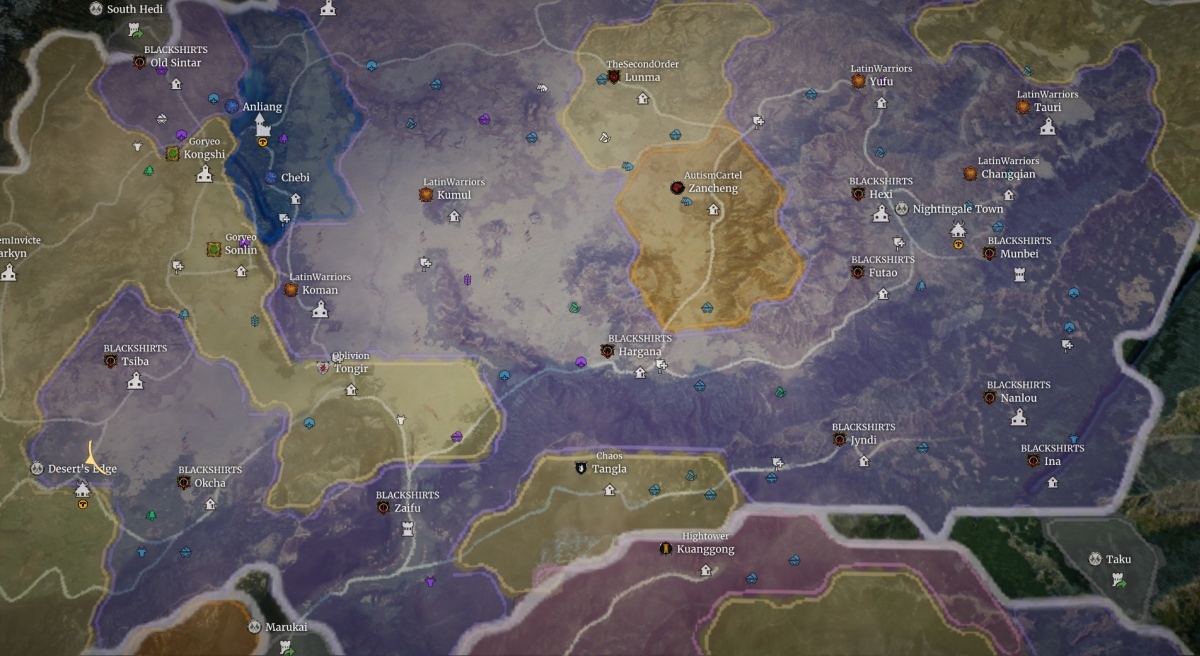 What have been the house goals and how have you met them?

Ultimately, our goal is to have fun and provide content for our members. Throughout the history of the game, our in-game goals have shifted as the CB landscape has changed.  Our most recent goal was to capture and hold Conqueror’s City (and a gate) as an alliance. Take a look at the map, goal accomplished!

The most difficult part has definitely been the politics that surrounds the game. Many house leaders take a lot of things way too personally and attempt to manipulate situations through dishonesty and insincere negotiations. The most rewarding has been the friendships developed with members in Unbroken and other allied houses.

In the long term, what does the house hope to achieve?

Unbroken has overachieved every goal we established from the beginning of the game. Since release, we have been at the top of the leaderboards and in the midst of the thickest fights. Long term, we will continue to do what we have always done…dominate.

Who are your most trusted warlords and what roles do they have within the organization?

Wow, where do I begin? Unbroken is blessed with an embarrassment of riches when it comes to officers and members who are amazing players and people. Due to having a word limit, I will limit specific descriptions to just the two seneschals, TheArchon and DesuVultu. Although, I would be amiss if I did not mention how amazing our officers are, Sky, Sanguinor, Ulrich, Ewan, Lag, Lato, Potato, Krietz all do great jobs and make it so easy for me. Thanks guys!

On to the Seneschals, Archon was one of the first friends I made in CB and we’ve been fighting side by side since the beta. Out of all the players I have played with in CB there is no one I would rather have on my side than him. He handles the majority of the diplomacy and is the guy I rely on when we need a victory.

Desu, the other Seneschal, is as consistent as they come. He does everything for the house, from motivating members with his prewar battle speeches to rallying players in battle with his war cries I have truly enjoyed getting to know him and I completely trust him to hold any city – anywhere – against anyone. If someone wanted to join your house or start a dialogue towards trade or establishing a pact, what should they do?

Reach out to me on Discord FearItself #0376

Are there other houses that you admire (friend or foe)? How have they earned your respect?

Again, way too many to mention; however, Unbroken has definitely developed a special bond with LatinWarriors. We absolutely love having them as an ally and they are truly fantastic friends to have. The other house we really admire is Hightower. Their leadership is amazing and the strategies they put together is simply brilliant. Defiance Alliance is a powerhouse and will definitely push into even greater heights in Season III.

Our gratitude goes out to FearItself and Unbroken for answering our questions. If you know of a house that is similarly deserving of being profiled in a future article, please make a nomination via our Discord channel.