The Steppes are home to nomadic tribes who live off the land while enduring the harshest environments, whose combat skills have decided the fates of empires. Smash through new challenges, earn exclusive rewards, and unlock the mighty Sons of the Steppes unit line in Conqueror’s Blade Season II: Wrath of the Nomads,  available to download for free today!

Season II introduces a brand-new feature: complete a special set of challenges to unlock seasonal units, which are permanently available to recruit without spending any Honour.

Spearheading the charge, the Sons of the Steppes are the first new seasonal units to join Conqueror’s Blade! These nomadic warriors hail from the great rolling steppes of the north, a native tribe who move, hunt, and fight for themselves in a world now ravaged by war. Knowledge is power, and their survival skills and history within this land makes many warlords eager to draw swords with them. 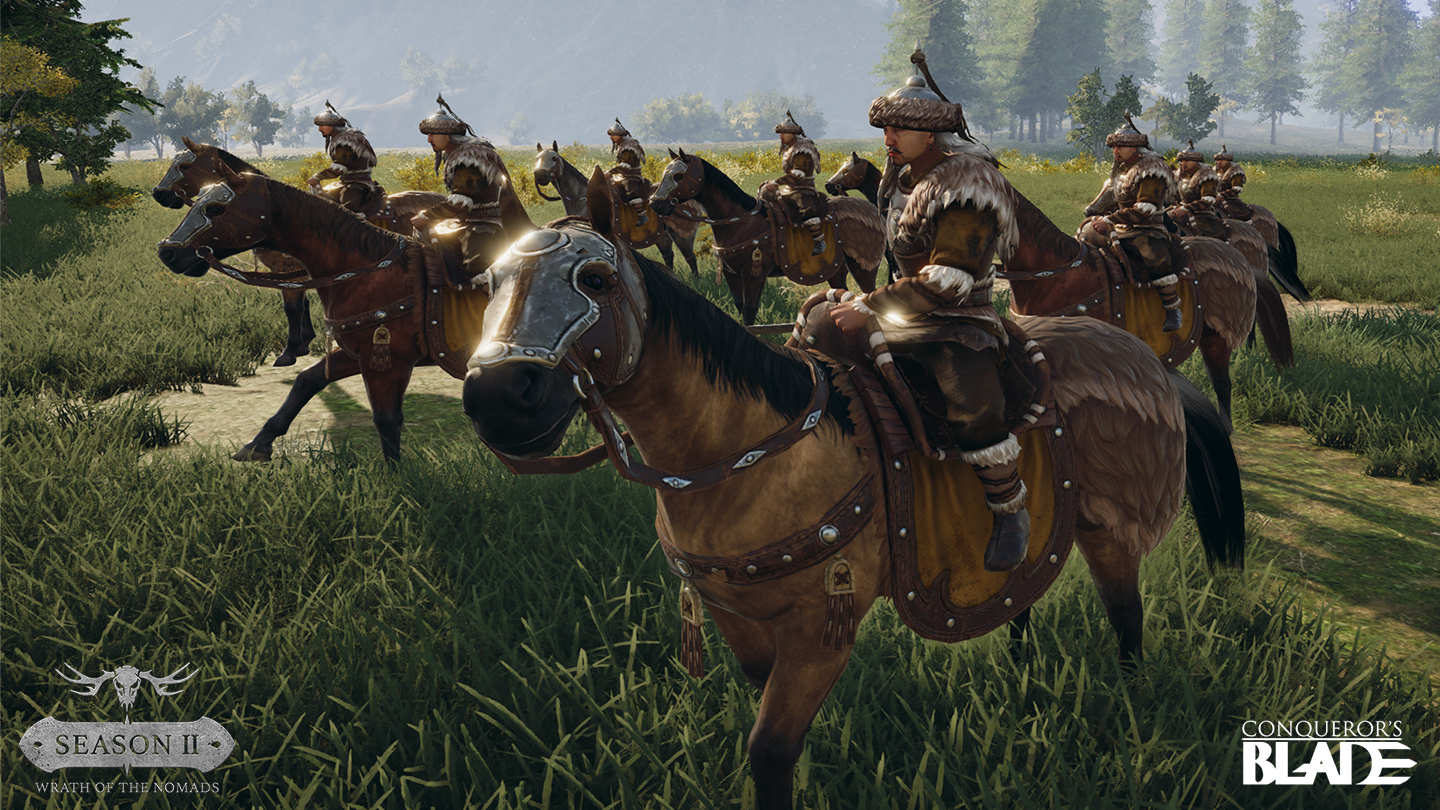 Six new units are available to unlock and recruit, including:

Don’t worry if you don’t manage to complete all the challenges during the season, you can still unlock the Sons of the Steppes after Season II has ended.

Fight. Rise through the ranks. Earn epic loot. Blaze through over 100 levels of the Battle Pass by tackling daring challenges, and unlock exclusive nomadic-themed rewards along the way. By the way, it’s easier than ever before to progress through the lower levels!

There are loads of free rewards up for grabs throughout Season II if you have the basic version of the Battle Pass. You can also upgrade your Battle Pass to the premium version to begin unlocking every level of rewards, including premium rewards.

Collect unique items only available during Season II, inspired by the newly-discovered nomadic tribes. Clad your army in thick furs, antler helms, and the garb of the proud peoples of the Steppes, and also nomadic-themed weapon skins, including:

The Sons of the Steppes hold the wolf in reverence as a sacred creature. Collect their totemic Fangs (available as bonus level rewards beyond level 100 on the Battle Pass), and redeem them in the seasonal shop to claim even more epic content. 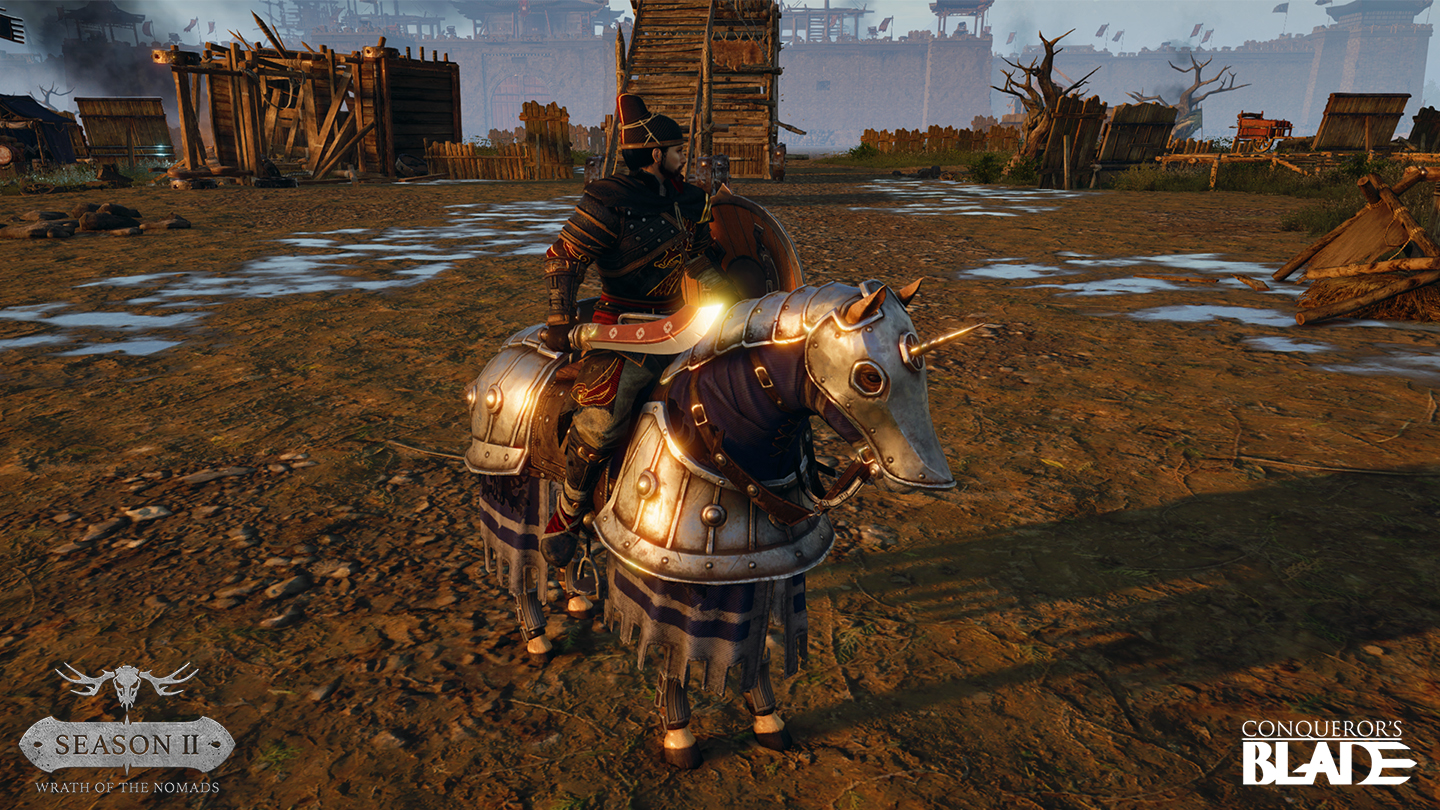 Get to grips with three new maps during Season II, including:

Starting with Season II, we will be temporarily taking some older maps out of action on a regular basis to implement balance changes and tweaks, before reintroducing them to regular rotation at a later date.

The Hidden City (Siege), Harbour City (Siege), Ghost Town (Field Battle), Grassland Conquest (15 v 15 Field Battle), and Battle in the Mountains (Deathmatch) maps have now been removed from rotation. We hope you look forward to playing the new and improved versions of these maps when they return in the future!

Throughout Season II, a series of campaigns will be released where you are tasked to complete certain objectives on behalf of your House, with rewards available at each stage. Stage 1: The Baron’s War is now active – start conquering fiefs in your region for the glory of your House!

A new system awards warlords loyal to Houses with titles based on their land ownership. Capturing fiefs will give the House Liege a title, such as Catellan, and the ability to grant a lower-ranking title, such as Reeve, to House members (a similar system will also be in place for NPC Houses). Weekly rewards will be granted to warlords who have earned one of the new titles! 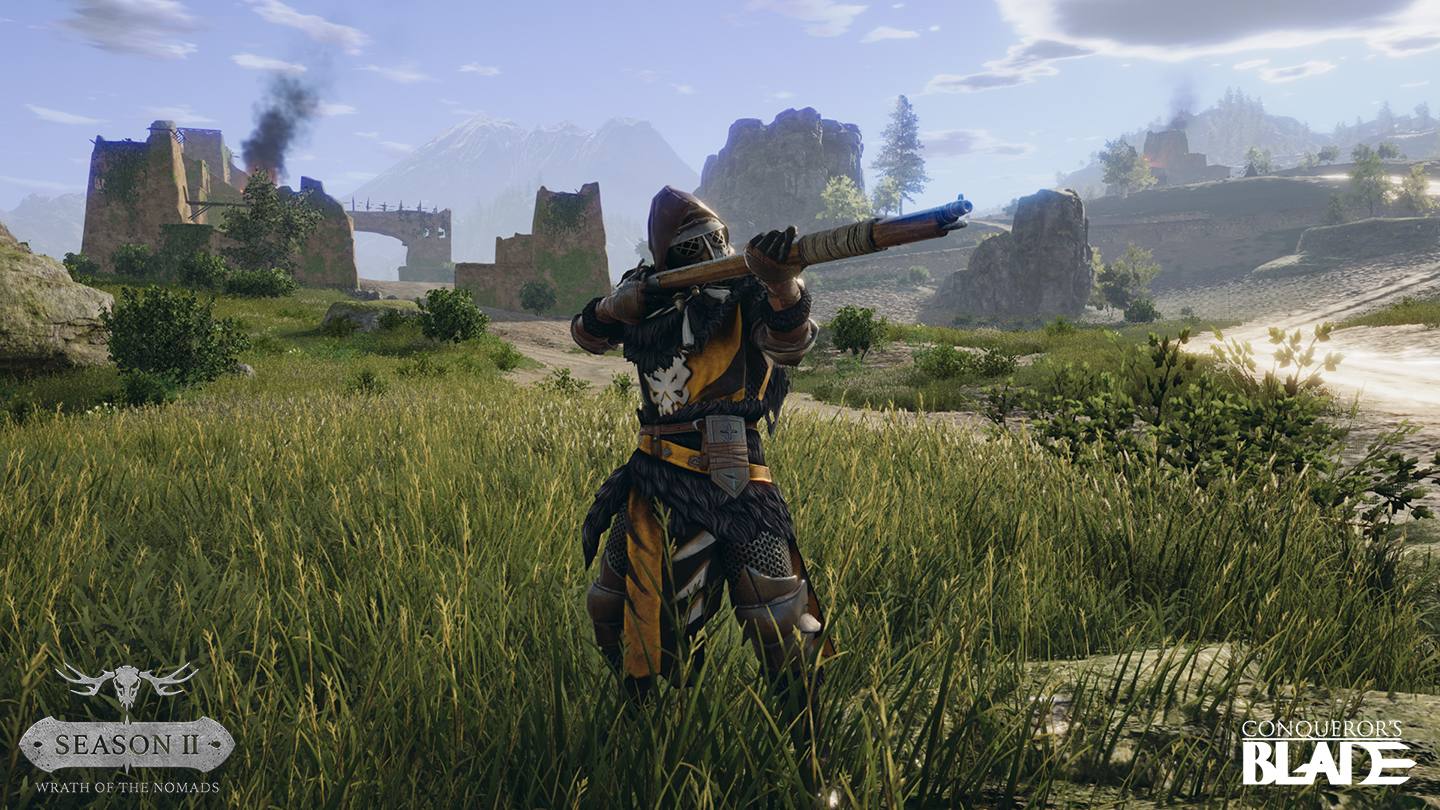 Ranked Matchmaking is a new competitive seasonal event where players can engage in ranked battles to climb the ranks and earn rewards.

A new Territory Wars feature will allow you to join NPC Houses from four different alliances, so you won’t be left out if you haven’t settled into a player-run House yet.

If you want to explore all the changes in the Season II update, check out the patch notes. More detailed information about upcoming features will be made available in the near future.

The battlefield awaits. Update your game to start blazing through the new unit line and Battle Pass in Conqueror’s Blade Season II: Wrath of the Nomads!