The Rattan Army refers collectively to the military tradition of Liangyun, the mountainous region to the southwest of the Borderlands. “Rattan” refers to a number of varieties of the climbing liana plants, which are used to make all manner of goods. The rattan is harvested, soaked in water, left to dry in the sun, then treated with oil and woven into a lightweight protective vest. Rattan armour offers good protection against slashing and stabbing weapons but is notoriously vulnerable to fire. If a Rattan Army unit comes under attack from thermal weapons such as scorpios or flaming arrows, it will suffer heavy continuous damage.

The Rattan Army has served the rulers of Liangyun many times, most commonly against the myriad clans of the Jade Mountains. Whenever the clans gathered their strength to attack the lowlands, the Rattan Army would be mustered at short notice. The kingdom would supply rattan armour which could be made (and replaced) quickly and cheaply, while the soldiers were expected to provide their own weapons.

During the War of the Black Swan, the Yesi clan chief Shanlu came within a whisker of breaching the walls of the capital city Daicheng, before being caught in a trap: An immovable force of crossbowmen rained bolts on him from the front, and on each flank appeared hundreds of rattan ranger cavalry, sending his own troops into a terrified rout. Chief Shanlu was taken prisoner by General Zhao, and brought in chains before the king. 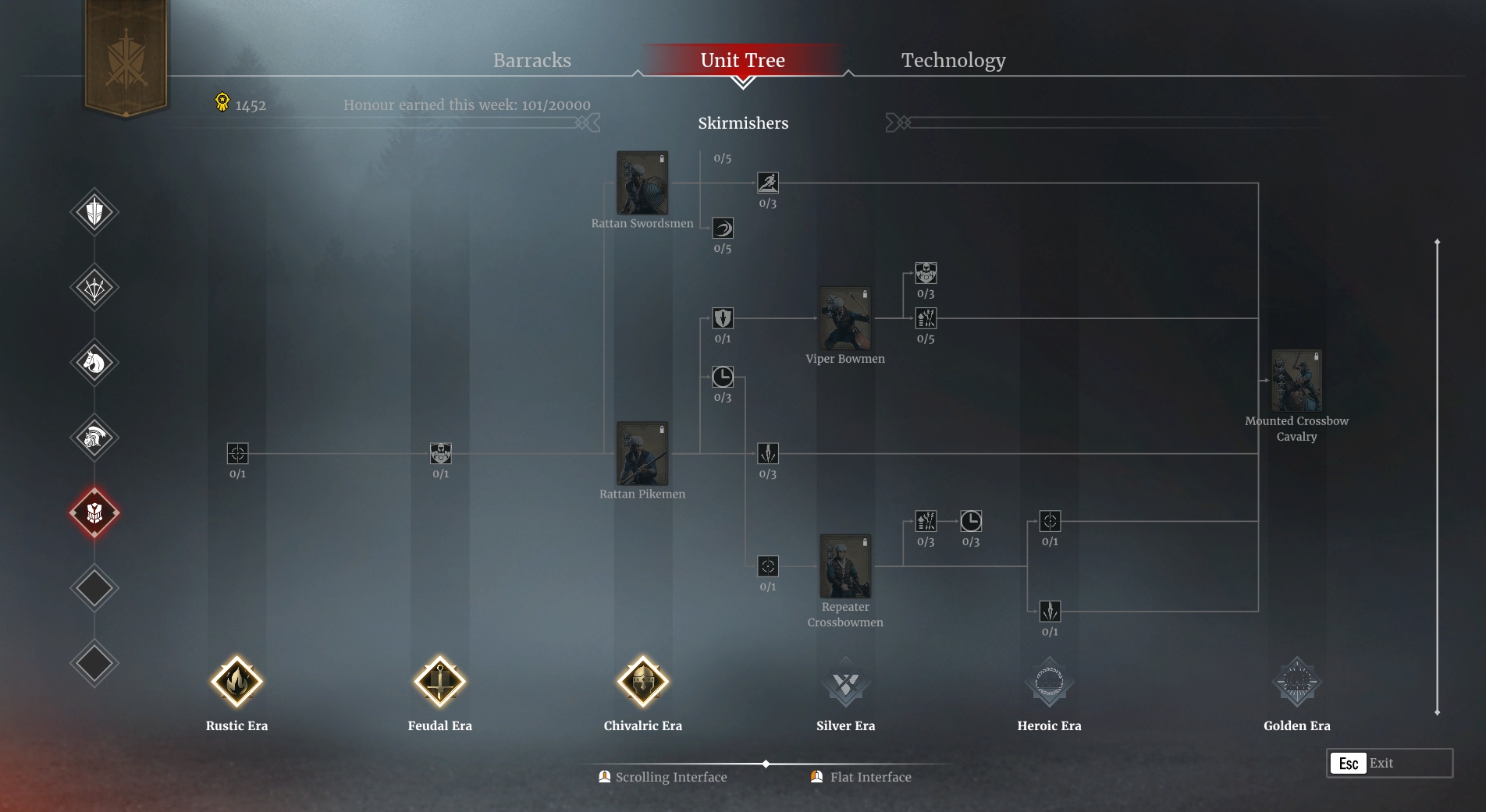 Shanlu remained a prisoner for five years, before being sprung from his cell beneath the fortress of Gao Qiang. He evaded recapture and returned to his homelands in the Jade Mountains, and it was not long before he raised the clans again in rebellion. This time Shanlu pursued a more gradual strategy: His clan fighters would besiege small garrisons, take the forts by storm, then move on to the next settlement. The fighting was merciless and bloody: Shanlu’s forces seldom took prisoners, while the outnumbered Rattan Army garrisons took to desperate (and some might say, underhanded) methods such as poison-tipped weapons to even the odds. Shanlu was almost captured a second time when his old enemy General Zhao besieged him at Fort Peacock (near the trade colony that now bears this name). However, Chief Shanlu made use of a great quantity of oil his men had found in the storerooms of the fort, turning the ditches around the fort into walls of flame that burned Zhao’s assault troops and siege engines alike. Shanlu and his honour guard escaped in the chaos to bedevil the people of Liangyun’s lowlands once more.

The Rattan Army led by General Zhao spent long months in the mountains searching for Chief Shanlu, and finally trapped him in a steep snowy valley near the village of Baoshao. A company of Roundshield swordsmen feigned a retreat which Shanlu could not resist pursuing for fear of losing face in front of his subordinates. When the rebel forces passed a critical point, Zhao’s pikemen closed the road ahead and behind Shanlu, and companies of archers appeared on the hillsides above him to either side. To ensure against any more miraculous escapes, Zhao’s archers used arrows tipped with snake venom, and after this victory they were known as Rattan Vipers. 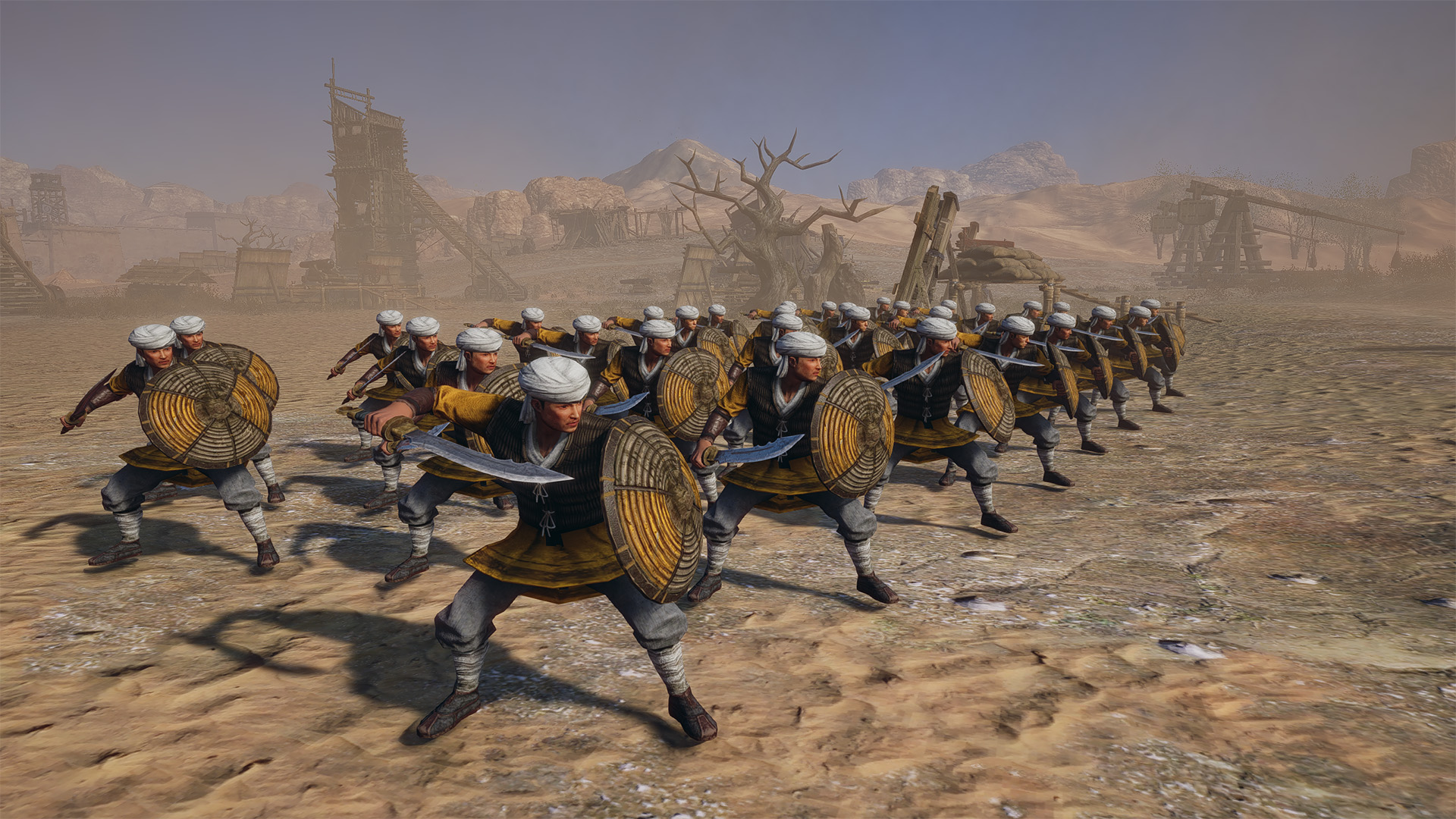 RATTAN ROUNDSHIELDS: Roundshields are the main rank-and-file melee infantry of the Rattan Army, named after their woven bucklers. They can move quickly and charge into combat. 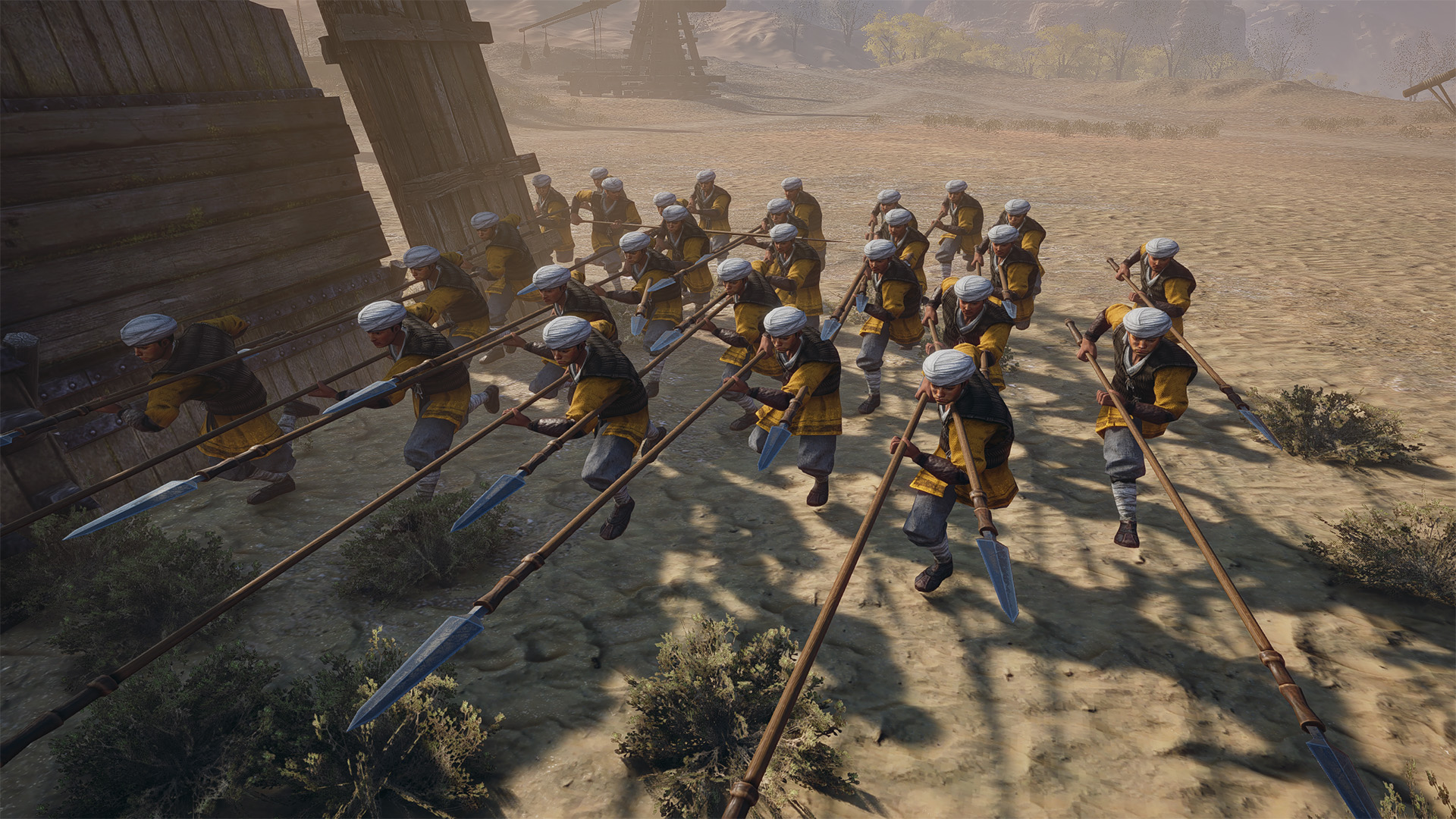 RATTAN PIKEMEN: The heavy assault infantry of the Rattan Army. Unlike pike infantry in other lands, Rattan Pikemen are exclusively an aggressive unit, using their poisoned weapons to make up for their comparative lack of specialised tactics. RATTAN VIPERS: Rattan Vipers carry the common recurve bows often used by militiamen, but have special leave to use poisoned arrowheads, ensuring any enemy who does not die outright from his wounds suffers for a long time afterwards. 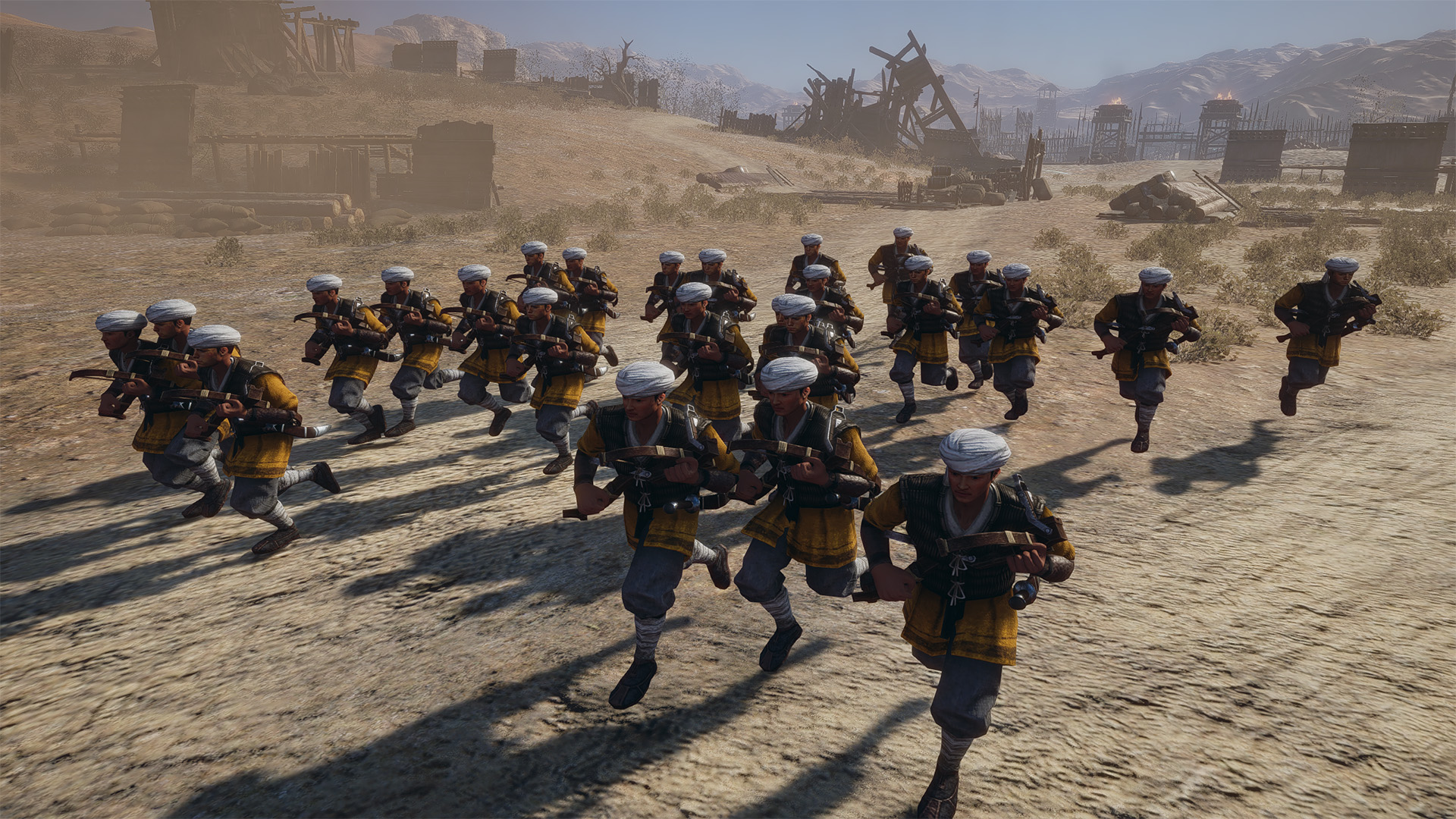 RATTAN MARKSMEN: The repeating crossbow is unique to Liangyun. What it lacks in range and hitting power it makes up for in its great rate of fire. Rattan Marksmen are best used defensively in urban combat against lightly-armoured opponents, as they proved during the Battle of Daicheng. 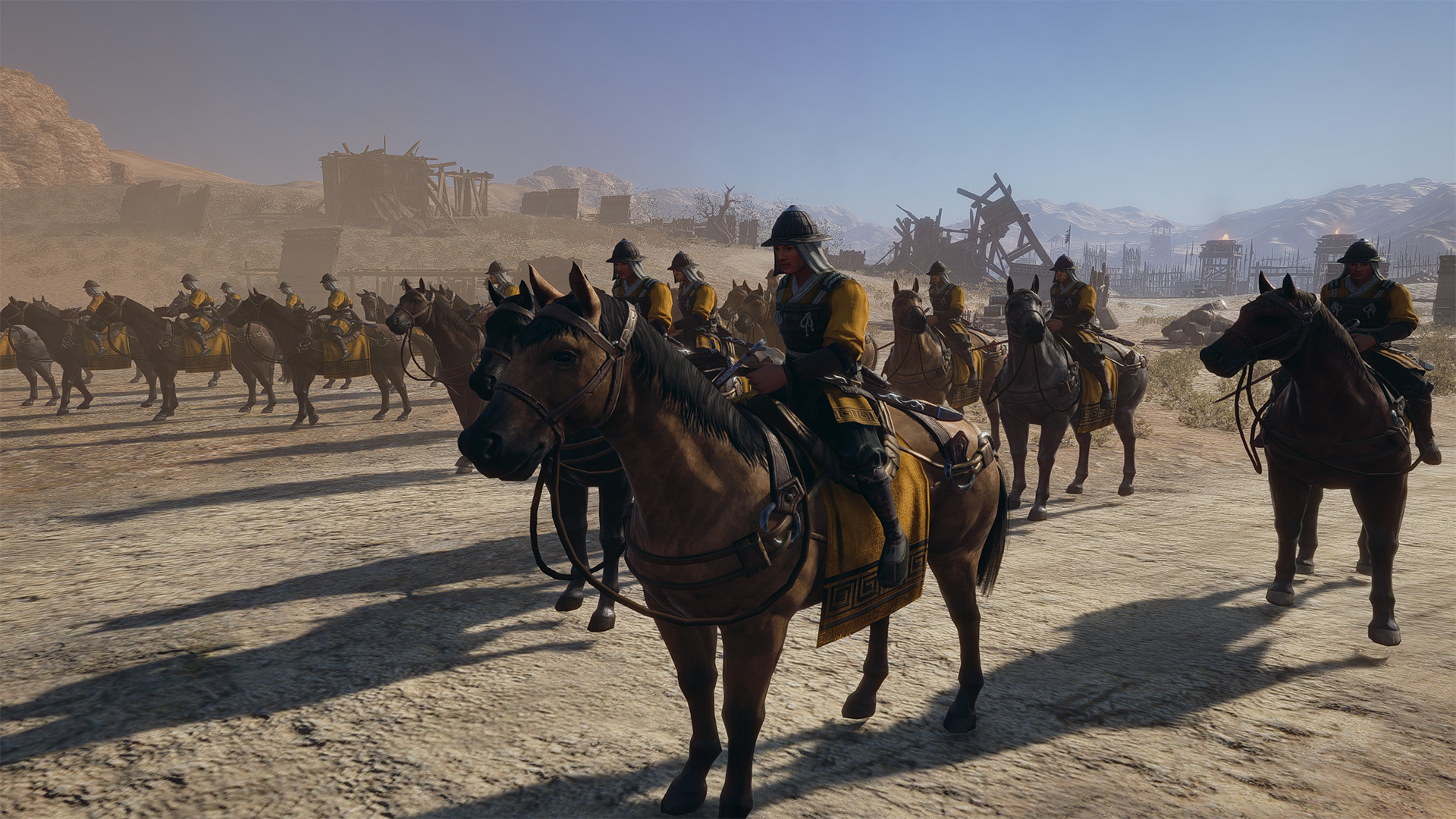 RATTAN RANGERS: The Ranger Corps of the Rattan Army is both its reconnaissance element and its mounted combat force. Each trooper carries a repeating pistol-crossbow for short-ranged fire against lightly armoured enemies, and a razor-sharp sabre which can cut through plate armour and flesh alike.