Although the Roman Empire fell in 476 AD, it enjoyed over a thousand years of power and remains one of the most influential civilisations in the history of the world. Throughout the Roman Empire and the reign of its dozens of emperors, the era gave rise to many innovative inventions and socio-economic models we still employ today.

Let’s look into the past and the inspiration behind Conqueror’s Blade: Colosseum, and find out just what the Romans did for us.

The Romans can be credited with a great number of innovations. From entertainment to infrastructure, many of their cultural contributions can still be seen in some form today.

While daily paper newspapers can’t be attributed to the brilliant minds of Ancient Rome, current affairs and important announcements were inscribed on stones or metal slabs at the time. The carved official notices would be displayed in public places such as the Forum of Rome. The news included battle reports, births and deaths, trials and executions, scandals, and general notices. This inventive publication was named Acta Diurna (‘daily events’) and is thought to have originated as early as 131 BC. 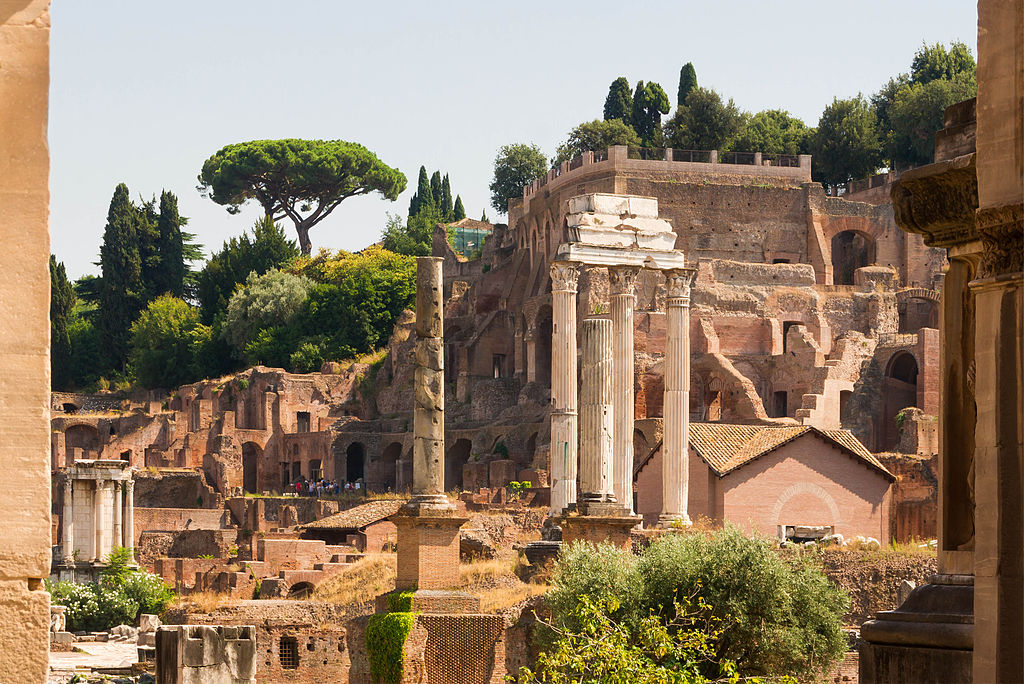 The Forum Romanum seen through the Arch of Septimius Severus, Rome, Italy

Civil engineering was one of the Romans’ strong suits, and while their amazing amphitheatres were a sight to behold, they also built less aesthetically impressive, yet still incredibly important, structural works that paved the way for the systems we still use today.

One of these engineering feats was their cutting-edge sewage and sanitation management systems. The Romans designed and implemented an extensive network of drains and sewers connected to public baths and latrines. They were flushed out with water from Roman aqueducts and local streams, with the waste being dumped in a nearby river. The sewer lines and gutters were covered and connected throughout many Roman cities.

Roman roads were famous for their hardy materials, staying power, and the connections they provided to the wider Empire and world. Although they didn’t invent highways and paths, the Romans certainly achieved the highest level of efficiency and sophistication seen at the time. Instead of roads made from gravel, Roman engineers fashioned roads from dirt mixed with bricks made out of granite or hardened volcanic lava, making the roads weather-proof and strong.

It wasn’t just the materials that made Roman roads special, however—-perfectly straight roads not only made travel and trade faster and easier, but they were also banked to avoid flooding. By 200 AD, the Romans had produced more than 55,000 miles of road across the empire. Road signs and mile markers were also put in place, and highways were patrolled by guards to ensure travellers’ safety. Many old Roman roads are still in use today as a basis for modern highways in the UK and across Europe. 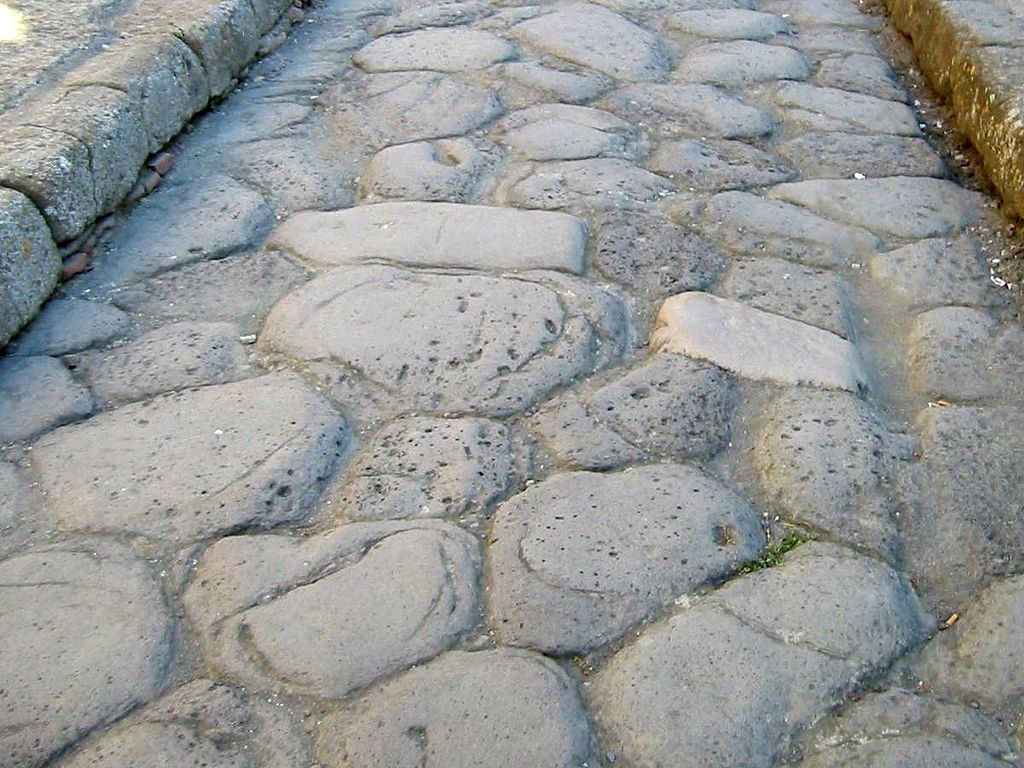 The surface of a Roman road in Herculaneum

Roman culture still has a bearing on society today, and their social and economic developments paved the way for civilisation as we know it. Almost everything from housing design to vocabulary was shaped by the Romans and exists in some form today.

Many European languages have Latin roots, and 60% of the English language is descended from the ancient tongue. The majority of the vocabulary used in science, law, and medicine has its influences in Latin Everyday language is populated with Latin phrases too, such as:

The Roman architectural influence on modern buildings ranges from design features such as arches and pillars to the building materials of bricks and tile. Modern public buildings such as spas, supermarkets, and arenas are modelled on the Romans’ works—-the Trajan’s Market in Rome, 150 rooms linked by hallways, stairs, and arcades, is the quintessential model of shopping centres still used today.

As for housing, many Romans lived in tall apartment buildings, often reaching ten stories high, and inspiring the towering blocks of flats we see in cities today. 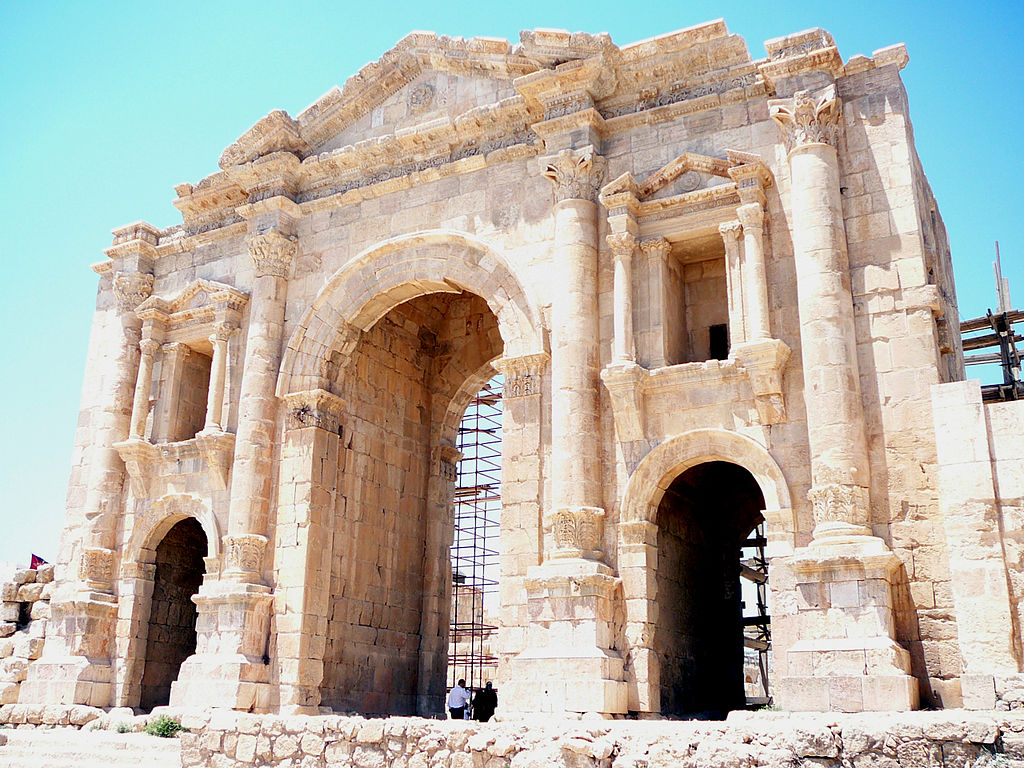 Celebrity culture is by no means a new invention, with Romans having gone positively gaga for famous people thousands of years ago. Athletes, and in particular, gladiators, were the main source of attraction for mania, and their celebrity status reached almost obsessive heights for the people of Rome. Of course, Emperors were top dog in the fame game, but military heroes and philosophers had their place too.

So besides celebrity culture, sanitation, roads, newspapers, and linguistic development, what have the Romans ever done for us? Inspired Conqueror's Blade: Colosseum!

Check out more Conqueror’s Tales about the Ancient Romans and their culture with our look at the gladiatorial games, the life of a gladiator, and amphitheatres.