Conqueror’s Blade: Colosseum launches on September 1 alongside a brand-new game mode: Colosseum! Participate in an Ancient Roman spectacle—the Gladiator Games—and witness battles for the ages in the new Season and beyond.

This PvP mode will be available throughout the Season, pitting 6v6 against each other in fierce gladiatorial battles. Fight other players and deploy Units and artillery to drain enemy teams’ points, capture their flags, and win the fight. Along with an announcer, a cheering crowd cries out for entertainment as the realm’s greatest fighters battle for victory over their competitors.

RULES OF ENGAGEMENT: HOW TO WIN

Winning in the Colosseum relies on both points and capturing the flag. Secure victory by reading up on the rules of engagement: 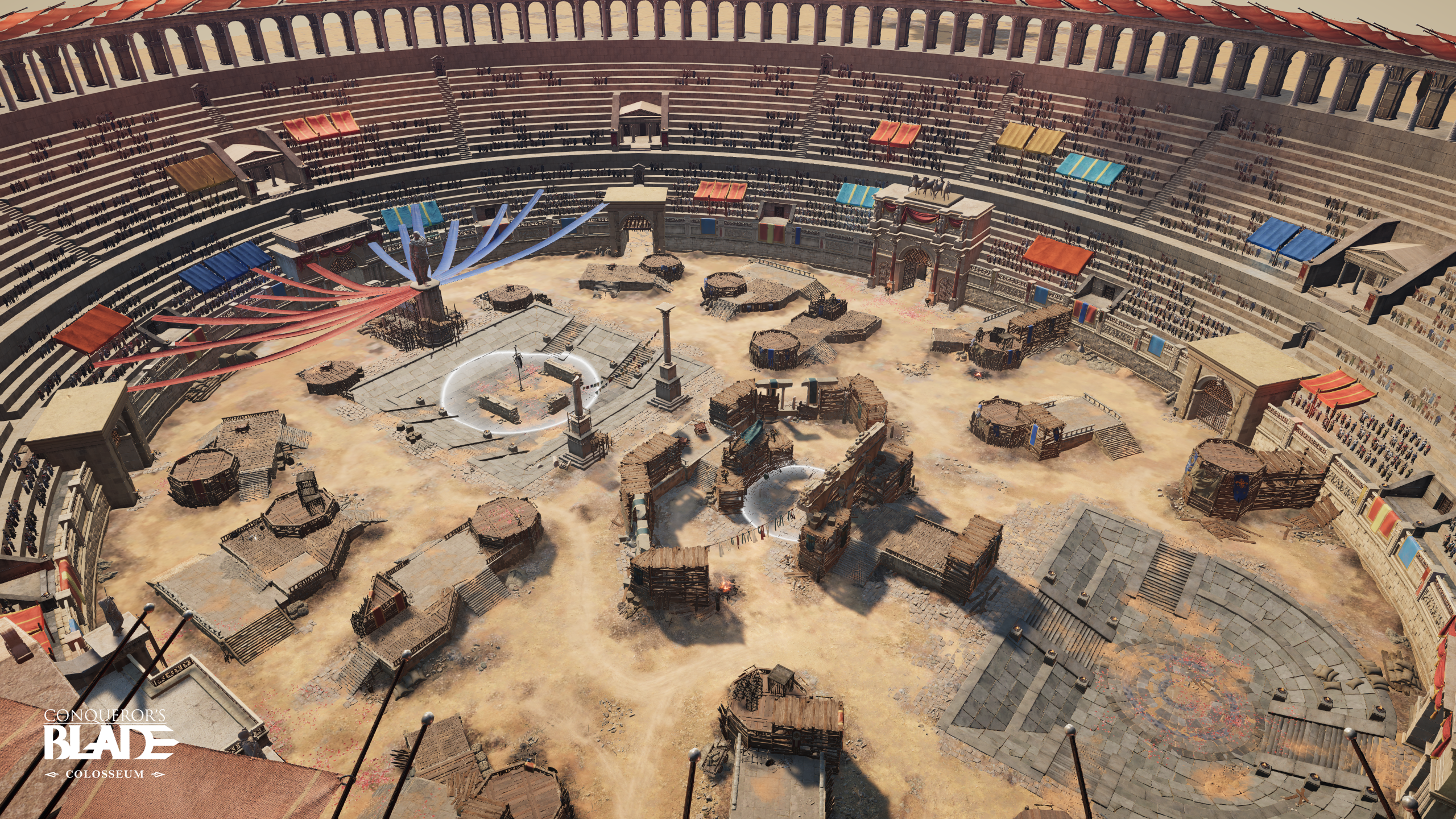 Defeating Gladiators will grant you extra Units which can be immediately summoned, called at the supply point, or available when you respawn. The extra units available are:

Cut down the Gladiator Champion and the rest of the NPC Gladiators will then join your side. Use them to capture flags and supply points!

As the melee draws on, Infantry and Cavalry Units will enter the Colosseum. Watch out, as they will deal high amounts of damage and replenish their numbers as they defeat enemies. The extra Units granted for dispatching these foes are:

Experience the phenomenon of the Colosseum when the new Season launches on September 1. For those who are about to fight, we salute you!

IMPORTANT: This article is accurate as of the time of publication but may be subject to change.