There were many types of gladiators who amused and shocked crowds of spectators in the Colosseum during Ancient Rome, including the murmillones, a well-armed class that became popular during the Imperial period. A murmillo would enter the arena equipped with a gladius (Roman sword) and scutum (rectangular shield) and sufficient armour coverage.

Their armour included a belt with metal adornments (balteus), an arm guard (manica), a shin protector (ocrea), and thick leg padding (fasciae). Their crowning glory was their helmets—crafted from bronze, and featuring an ornate visor and a plumed crest.

As one of the first gladiators to grace the arena, the murmillones were the embodiment of the Roman people and represented the physical strength and stamina that their fans wanted to see in a gladiator hero. They also put on quite a show with their fearsome hack-and-slash style! 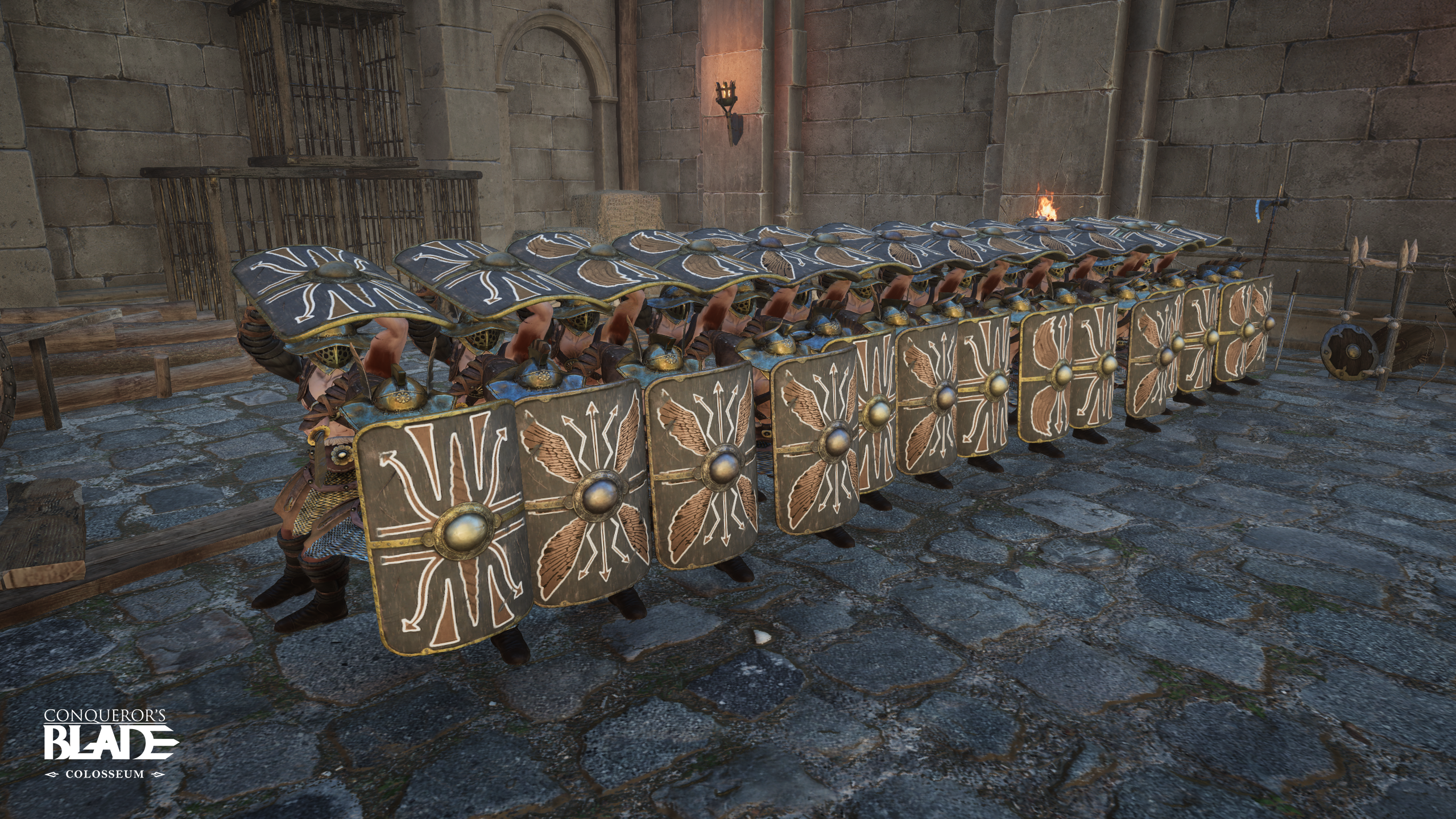 The Myrmillones in Conqueror’s Blade are large, broad-shouldered, tough fighters who have won many bloody battles in the Colosseum. Wielding swords and shields, they band together to form tight-knit formations. Advancing with their shields raised, they usher their enemies backwards into certain doom using the Myrmillones' Guard.

A Myrmillo is trained relentlessly from a young age to battle. Thus, they excel at combat and are determined in breaking enemy defences. They consider the Colosseum their home, and they will defend it to the death.

IMPORTANT: This article is accurate as of the time of publication but may be subject to change. Please read the Colosseum patch notes and Unit Guides throughout the new Season for the latest information!