Let the Gladiator Games begin in Conqueror’s Blade: Colosseum, launching as a free update on September 1. This Season features an all-new 6v6 game mode where you can battle while commanding units based on the gladiators of Ancient Rome. Prepare to achieve greatness by preordering the Battle Pass with exclusive bonus content today!

Watch the cinematic trailer below to immerse yourself in the new Roman-inspired era of Conqueror’s Blade: Colosseum, and witness the new mode featuring the musical talents of composer Epson Wu (Project X-Traction, Detective Chinatown) and vocals from Omega Sparx (Killer Instinct).

Lead your own units into battle and command additional reinforcements in the form of fearsome gladiators and powerful corps while honing your Hero and their skills in the most challenging theatre ever created.

You can learn more about the mode, including gameplay and map design, on the official website in the coming weeks. Then, experience the spectacle when the season launches on September 1. For those who are about to fight, we salute you!

ENTER THE FRAY WITH NEW UNITS

RISE AS A CHAMPION IN A NEW SEASONAL CAMPAIGN

Endure the Gladiator Games against a backdrop of political turmoil. Begin your trials in the starting region of the Borderlands or Anadolou and play every week to rise to glory in the Colosseum. Battle in twice-weekly Territory Wars with your House, and complete Stages to prepare for the conclusive clash in Anliang at the end of the Season.

Preorder the Colosseum Battle Pass to earn exclusive bonus content immediately, and when Conqueror’s Blade: Colosseum releases. The following instant rewards are only available when you preorder the Battle Pass in-game or from MY.GAMES Market before September 1:

Fight for exclusive rewards throughout the new Season! Rise through the ranks to claim the Centurion Hero Attire at Tier 100, the ultimate apparel for a victor of the Gladiator Games. You’ll also be able to unlock the Gladiator Champion Hero Attire instantly when you activate your Battle Pass on September 1. 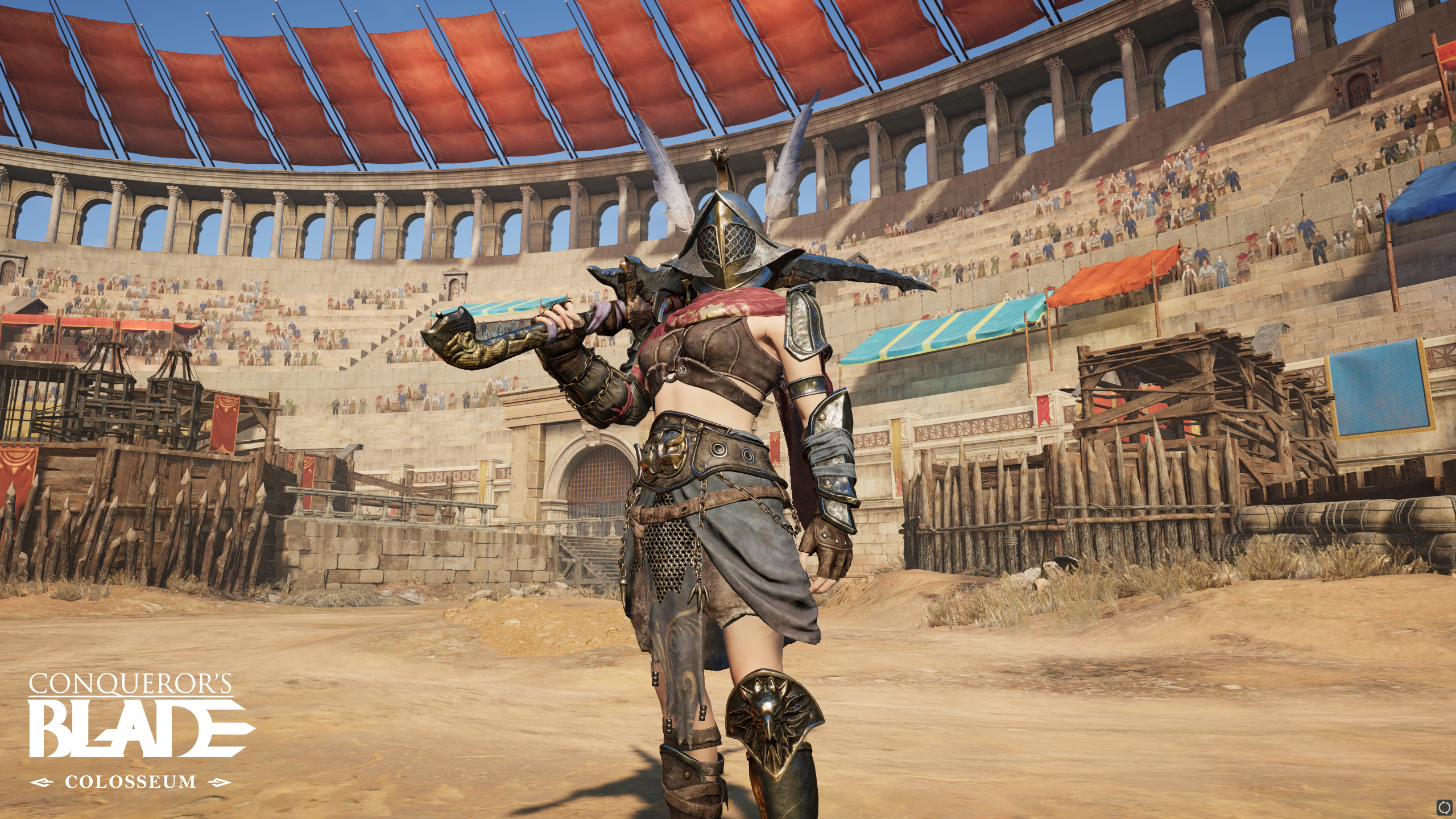 REJOICE FOR THE OPIS FESTIVAL

Honour the Roman goddess of wealth when the Opis Festival begins on August 25! Prepare for the new Season by racking up an abundance of extra XP, sending your units to battle without fear with no damage to Unit Kits, and claiming plenty of Temporary Doctrines to upgrade your elite warriors.

More information about Conqueror’s Blade: Colosseum and launch events will be coming soon, and you can stay informed by subscribing to the official newsletter and by following Conqueror’s Blade on Twitch, Facebook, Twitter, Instagram, and Discord.

Can’t wait to dive into the world of Conqueror’s Blade? The game is now available to download and play for free on Microsoft PC via MY.GAMES and Steam!