The Viking Age (793–1066 AD) is remembered for its bloody battles, coastal attacks, and much mead-drinking, but most notably—its heroes and legends.

Whether they genuinely lived or were merely a myth, there are simply too many great Scandinavian heroes to name. Join us as we discover the captivating stories of five of the most famous Vikings!

Harald Hardrada was the final Viking to lay claim to the English crown, but before the battle to put himself on the throne, Harald led a fascinating and far-travelled life.

In 1034 AD, Harald sailed to Constantinople, where the Eastern Roman Empire was at the height of its power and wealth. Shortly after arriving, Harald joined the Varangian Guard, comprised of elite Norse soldiers who protected the city and the emperor, just as their namesake Unit in Conqueror’s Blade: Helheim does.

But Harald would return to Norway only ten years later after learning that his nephew, Magnus, had been crowned King of Norway and Denmark. Now flush with coin from his years with the guard, Harald formed an alliance with Sweyn II to dethrone Magnus. However, when Magnus noticed Harald’s new riches, they struck a deal and served as co-rulers of Norway until Magnus’ death a couple of years later.

With his nephew dead and Harald Hardrada’s title as the one true king of Norway cemented, there was only one thing left to do—make his claim to the English throne.

When an English nobleman named Harold Godwinson took the throne in 1066 AD, Harald launched an invasion on the shores of England. He sent a horde of Norsemen troops on hundreds of Viking longships, and arrived with Godwinson’s estranged brother Tostig by his side. Harald wasn’t the only one with his eyes on the English crown; the previous King Edward had promised the throne to William of Normandy, who also raised an army.

Harald and his army sailed up the Humber River, defeated the troops who met them there and occupied York. Meanwhile, Godwinson’s soldiers were en route to the North, hoping to repel the Viking threat to the throne.

The Battle of Stamford Bridge (just east of York) was carnage, with upwards of 10,000 Viking and Anglo-Saxon men losing their lives in the conflict. Harald reportedly fought like a true berserker to attain the crown he thought was rightfully his. However, he was killed in battle alongside his new trusted ally Tostig.

Harald’s death signified the conclusive end to the Viking Age. 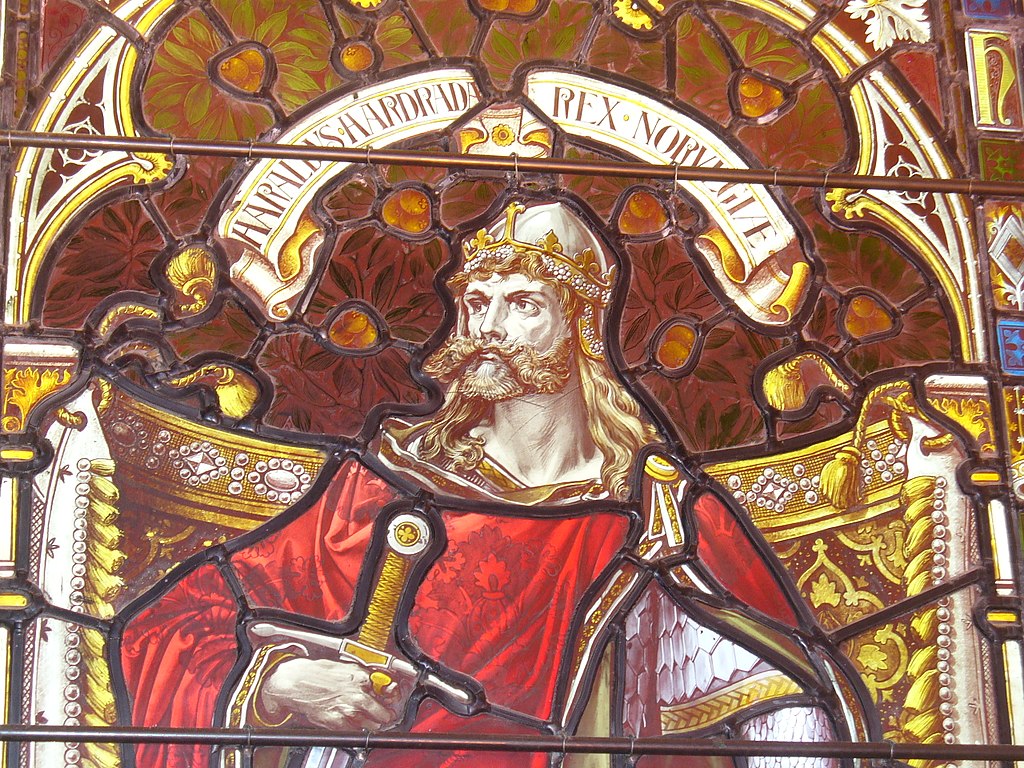 Ragnar Lothbrok is as interesting a character as you’ll find in Norse folklore. He was said to have been a Viking hero and a Danish and Swedish king, and while he comes alive in the pages of old Norse poetry and sagas as a legendary character, evidence suggesting he actually lived does exist.

The Anglo-Saxon Chronicle, which collected the documents of Anglo-Saxon history at the time Ragnar would have lived, references ‘‘Ragnall’ and ‘Reginherus’—both these names are believed to be alternative names for Ragnar Lothbrok.

The sagas he appeared in tell us that Ragnar had three wives, the last of these named Aslaug, who gave birth to three sons—-Ivar the Boneless, Bjorn Ironside, and Sigurd Snake-in-the-Eye. Significantly more evidence exists as to his sons’ validity, as they are all verified figures of history.

Ragnar appears in countless tales of battles and raids, leading to his capture by the Anglo-Saxon King Ælla of Northumbria, who tossed him into a pit of snakes following a failed invasion. The stories The Saga of Ragnar Lothrbok, Tale of Ragnar's Sons, and Heimskringla, all tell of Ragnar’s sons raising a Great Heathen Army to take their revenge on Ælla for killing their father.

The snake-pit-death seems entirely mythological in nature, and most historians believe that if Ragnar did in fact exist, he more likely died during his travels across the Irish Sea between 852 and 856 AD.

While Ragnar Lothbrok led a life that became legend, or was born a myth, he has become a fascinating figure in history and popular culture and inspired a great many works of literature, cinema, television, and videogames.

Cnut the Great held many great titles in his life as the Danish king of England, Denmark, and Norway. After winning the English throne in 1016 AD, his brutality in the first few years of his rule is notable, as he killed any English opponent to his crown swiftly and ruthlessly. However, he soon became a peaceful and effective ruler, easing England back into a time of prosperity.

Cnut is perhaps best known for the story of King Canute and the Tide. Recorded by Henry of Huntingdon in the 12th century, the tale paints Cnut very favourably and shines a light on his "graceful and magnificent" behaviour. The story goes that Cnut places his throne by the sea and commands the tide to halt so his feet and clothes remain dry. The tide continues to rise, disregarding the royalty before it, and splashes Cnut. Humbled by this act of nature, Cnut declares, “let all men know how empty and worthless is the power of kings, for there is none worthy of the name, but He whom heaven, earth, and sea obey by eternal laws.” He then hung his crown on a crucifix and never wore it again.

In more recent years, the story of King Canute and the Tide is told in a way that paints Cnut to be arrogant to believe the sea would bend to his will, leading to his humiliation when it did not obey. The anecdote is often used by political pundits to embarrass arrogant politicians who believe they can control events.

Rollo’s heritage is unknown, yet many historians have different ideas about where he came from. Dudo of Saint-Quentin, a Norman historian, claims that Rollo was an aristocrat from Denmark, while William of Malmesbury reports he was from Norway, and also of noble lineage.

However, we can be sure that he was a Viking chief who led raids, as chronicles from the time regarding Viking raids in Rouen coincide with reports of his life. Scandinavian sagas tell the tale of Rollo sailing off to raid England, Scotland, and France, where he would eventually establish himself as ruler.

In the 10th century, after razing Rouen, Rollo became the first ruler of Normandy after striking a deal with the King of France, and brought his unique brand of Viking rule to the people. Personal honour and responsibility were his main concern as he reformed many passive laws, including making theft, assault, murder, and even fraud punishable by death.

Rollo’s legacy lives on to this day, as one of his descendants still sits on the throne. He is the great-great-great grandfather of William the Conqueror, who became the first Norman King of England in 1066 and therefore related to the current British Royal Family and the reigning Queen Elizabeth II. 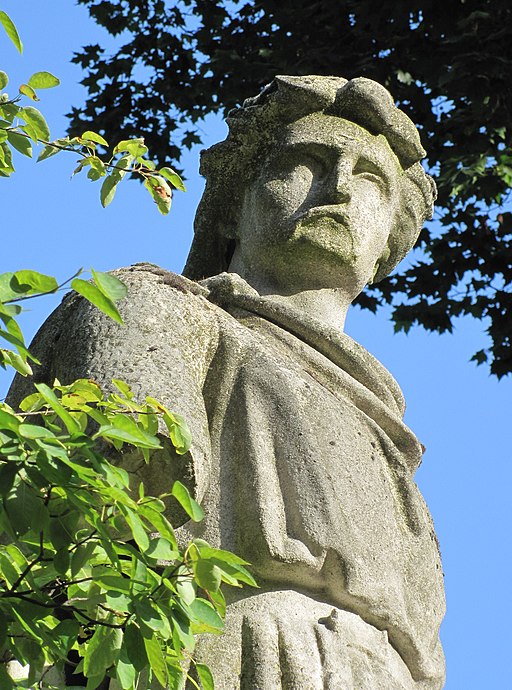 A statue of Rollo of Normandy in Rouen, France

The second banishment would occur after the theft of ornamental beams Erik wanted to use to build his new home, which resulted in a chase, three killings, and another exile.

With a new home to be sought, Erik founded the first Viking settlement in Greenland after heading out to sea. When his exile was over, he returned to Iceland and convinced people to join him on this new and prosperous island and became rich and respected as a ruler.

Check out more tales about the Viking era with our look at their hygiene habits, their naval tactics, the true story of Loki, and more!