Stories of Vikings sailing over the seas to raid unsuspecting coastline towns litter history like their longboats scattered across the oceans of Europe—-but why did the Norse choose this specific type of warfare?

Simply put, land battles were just not the Vikings’ ‘thing’. They preferred to pillage, invade, and attack by boat, but the reasons they did this were myriad.

A Vessel For Vikings

Ships were a key element of Viking culture and combat, allowing them to strike coastlines with swift ease and efficiency. The longboats allowed the Vikings to sail up rivers and penetrate inland. This mobility, along with their navigational skills, made them likely to show up anywhere, a thought which struck fear into communities across Europe.

The long, narrow ships were made from planks of timber that would overlap and be nailed together and made watertight by adding moss, animal fur, or wool mixed with tar into the gaps between the planks. Scandinavia was densely wooded, and finding enough timber was easy enough; though if the ideal wood, oak, was not present in northern parts of the region, pine was used instead. Craftsmen would create the timber plans by splitting tree trunks with an already desired shape, and then use iron for rivets.

The addition of sails and oars provided the Viking ships with enhanced speed and manoeuvrability, giving them an advantage over other boats from that era, and making them capable of withstanding even the most ferocious sea storms. 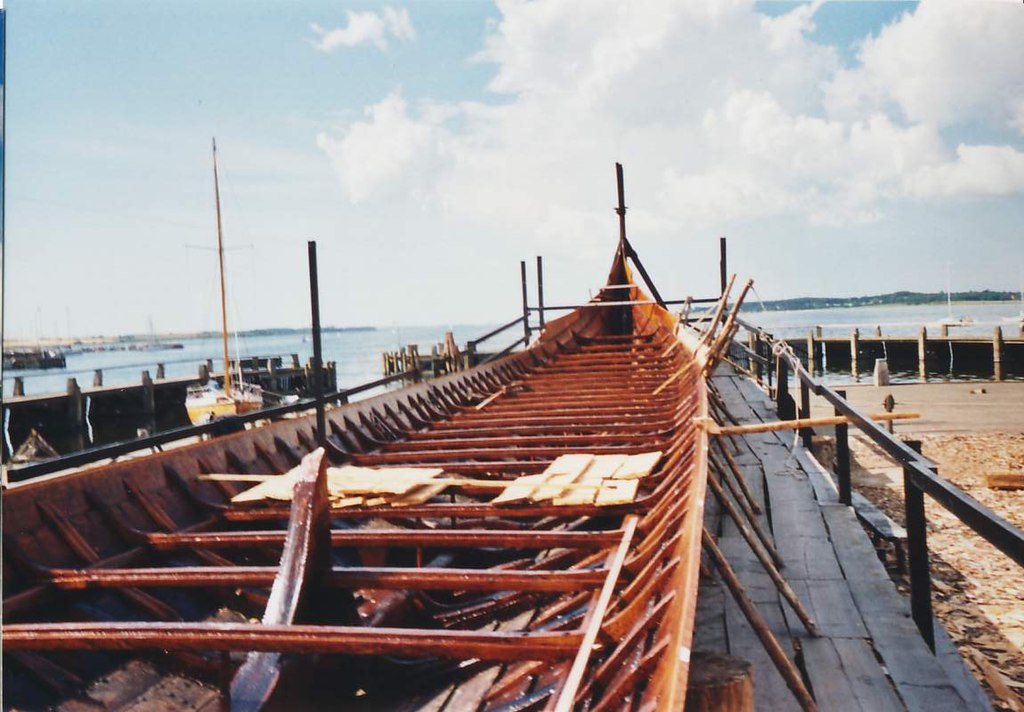 The first reported Viking raids, such as the attack on Lindisfarne in 793 AD, were relatively small-scale attacks where a group would hit monasteries or villages on the coast, utilising a “hit-and-run” tactic. The groups would moor their ships right on the doorstep of the location they wanted to attack, pillage for valuables, and sail off before the inhabitants could rally a counterattack.

The first Viking raids were thought to be associated with religion, as monasteries were destroyed, leading monks to believe they were being punished by God. However, Vikings didn’t have any war ethics either way—they were happy to pillage any sites, holy or not.

We know how Vikings arrived at their raiding locations, but when it comes to the specifics of land battles, little is known about how they were fought.

Most Viking combat was waged in the form of sea battles, using simple yet confusing tactics. Their lack of cohesion and organisation confounded enemy forces. Vikings never attempted to destroy enemy ships, but would instead board them to gain control, a tactic that was not in wide use at this time.

Viking sea battles were fought in quiet coastal locations or river mouths, meaning the tactics employed were vastly different to other historical naval battles, where catapults and ramming would be utilised. The Vikings and their foes would rope their ships together side by side to form a wall, which their opponents would try to storm. When a ship was taken, it was then detached and would drift away. If one side succeeded in killing the rowers or breaking the oars, the inability to manoeuvre would end the battle.

Check out more Conqueror’s Tales about the Viking era with our look at festivals, their drinking habits, their surprising personal hygiene, and more!