The fight for Heilung Fjord returns until August 25 (10:00 Server Time)—with a new stormy spin. Warriors who fought in Season VII: Wolves of Ragnarok will know this reworked map as simply Heilung Fjord, the ancestral home of the Northmen. Now, a new war will be waged on a weathered version of the map.

It has been many moons since Heilung Fjord’s glory days, and the once sacred settlement now lies in ruins. Pelted by massive storms and subjected to raids, the unique architecture that the Northmen erected long ago has now been ravaged. Despite this, the Northern citadel boasts a defensive wall, port, and a scattering of buildings.

The invaders have brought their own soldiers, in the form of Paragons’ loyal Banner Guards and the robust Highlander warriors, Claymores. 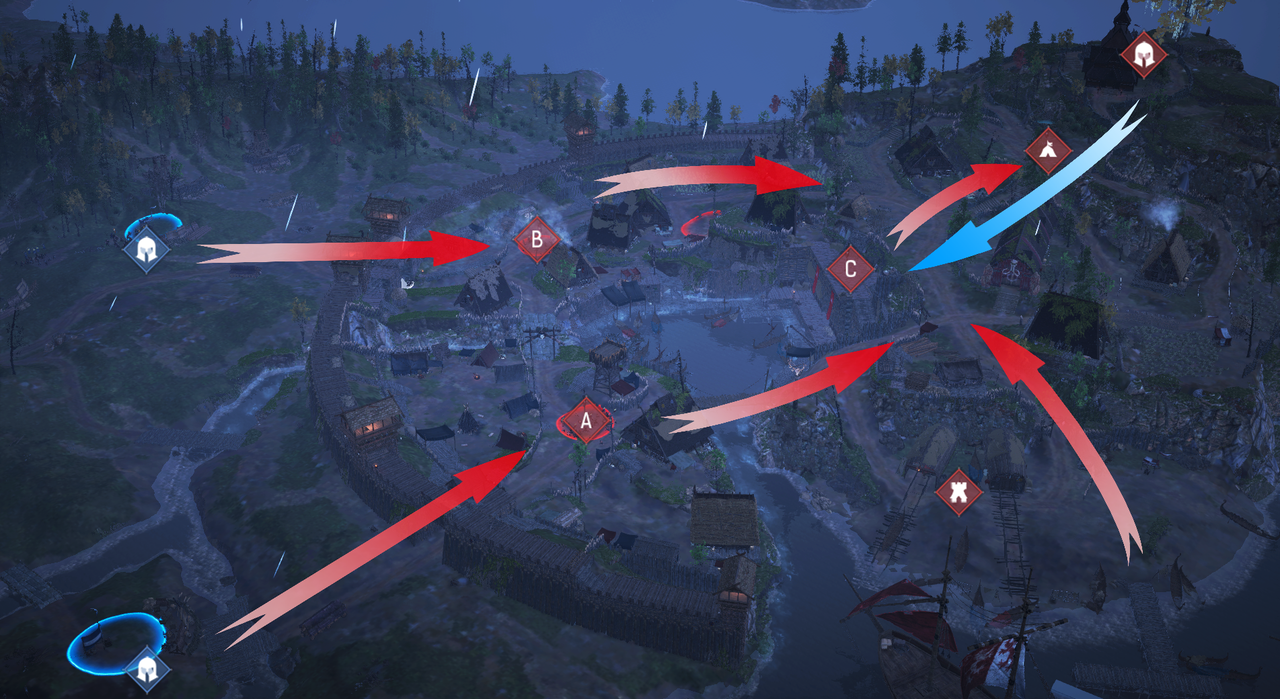 PLAN OF ATTACK AND DEFENCE

Raid on Heilung Fjord will be available in Conqueror’s Blade: Helheim until August 25 (10:00 Server Time), and you can find the exact timings for your server below:

Prepare for stormy conditions during the Raid on Heilung Fjord, and may your battles be victorious!

Stock up with the Smuggler Store Event!