While Loki may be known in popular culture as the mischievous brother of a certain Chris Hemsworth character, his real origin is far from that of the Hollywood blockbusters or comic book pages. In Norse mythology, Loki is a wily trickster god included in the Æsir pantheon (the tribe of gods), cheating his fellow deities, pulling pranks, and shapeshifting, but also aiding his peers on many occasions.

Let’s explore the fact vs fiction surrounding the mythological god himself.

Loki’s relationship to Thor in Norse mythology is far removed from his adoptive sibling connection to the god of thunder in the Marvel Cinematic Universe. Although recognised as a god in Norse mythology, Loki’s parentage is up for debate. Some stories report his father to be a jötunn (giant) named Fárbauti and his mother as the goddess Laufey—-not the adopted son of Odin and Frigga as depicted by Marvel.

In fact, Loki was represented in the legends as a companion of Odin and Thor, adventuring alongside them and using his intelligence to help (or even hinder) them. While Thor and Loki’s love/hate relationship is a key point in Marvel lore, in Norse legend, Thor grew to eternally hate Loki after one too many betrayals. 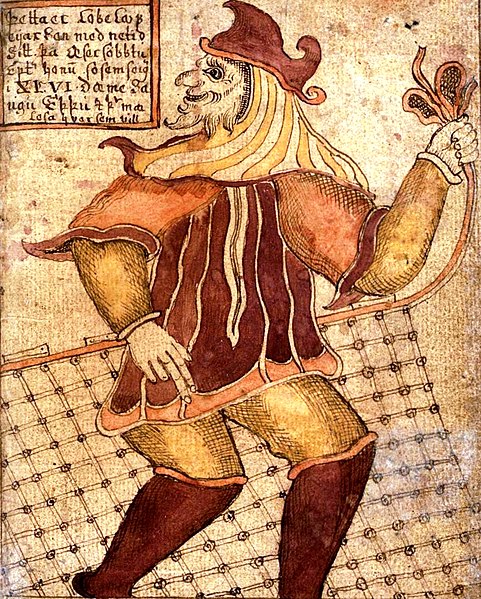 Whether or not Loki is ‘evil’ is contentious, as his Norse legend tells of a complicated character indeed. While he may be untrustworthy (thanks to all the shapeshifting and pranking), he is not inherently evil in Norse mythology and even displays a good-natured side every now and again.

An example of this is a story from a poem in the Poetic Edda, where Thor awakens to find his magical hammer, Mjölnir, missing, and Loki offers to help him find it. Loki asked Freya for her magic feathery cloak, which would allow him to fly, which he then did to Jötunheimr to confront the king, Thrym. Thrym had indeed stolen the hammer and hidden it beneath the earth. In order to return it, he wanted Freya’s hand in marriage.

When Loki told the gods of this unfavourable deal Thrym had offered, Heimdall proposed that Thor disguise himself as Freya, go to Jötunheimr, and reclaim the hammer. Thor objected, but Loki convinced him to go through with the plan. Loki also dressed up as a maidservant, and together they gained access to Thrym’s hall.

Thrym believed the disguised gods to be women, that is until Thor’s ‘healthy’ appetite got the better of him. Presented with a feast, Thor devoured as much meat and mead as he could, leading to questions from Thrym about his new bride’s behaviour, but not before moving in for a smooch. Loki quickly eased the tension by offering an explanation for ‘Freya’s’ mood swings, citing;

“No sleep has Freyja for eight nights found,

So hot was her longing for Jotunheim.”

Ultimately, the scheme worked perfectly, and Thor snatched back his hammer from Thrym.

While that story may paint Loki as helpful without an ulterior motive, let’s not ignore his many wicked deeds.

One of the most famous of Loki’s antics was when he cut off all of Sif’s beautiful blonde hair. Sif was Thor’s wife, known for her flowing locks, and when Thor learned of Loki’s prank, his rage was untethered. In an effort to save his own hide, Loki made a desperate promise to find replacement hair for Sif. Loki travelled to the home of the Black Elves, Svartalfheim, to find a craftsman to make new hair for Sif.

However, seeing the treasures crafted by the people of this land, Loki had a devious idea. Loki mocked the dwarf brothers Brokkr and Sindri, claiming their craftsmanship was not as masterful as others, and the dwarves took the bait. The wager presented was simple yet lethal—Loki’s head if they could not make perfect creations. After toiling at their forge, they presented Loki with three magical items—-Gullinbursti (a golden-maned boar), Draupnir (a golden ring that replicated itself), and Mjölnir, the hammer which became Thor’s.

Loki returned to the Norse gods, giving Sif the hair and distributing the other treasures among the Æsir. He gifted Thor with the mighty Mjölnir. Having won the bet, Brokkr went to claim Loki’s head, but Loki had already fled. 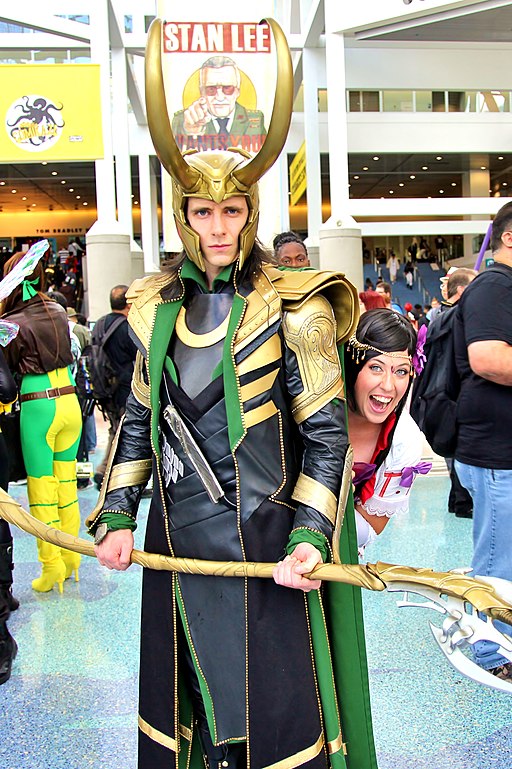 Beauty or the Beast?

Loki of the Marvel universe is conventionally good-looking and thin and shares that with descriptions of Loki in Norse mythology, who refer to him as handsome, charming, and attractive. Often described as having flowing red or blonde hair, the Norse version of Loki differs from the dark black locks of Marvel’s God of Mischief.

While Loki’s true appearance can’t be nailed down thanks to his habit of shapeshifting, no Norse mythology references a horned helmet at any point—chalk that one up to creative license on the part of Stan Lee, Larry Lieber, and Jack Kirby!

Check out our other Conqueror’s Tales on Viking and Norse mythology and culture, including their fine festivals and the origin of Thorsday.