As the pinnacle of summer approaches, so too do fine festivals! The Norse people of old are famous for their festivals, full of feasting, riveting rituals, and spirited songs, and if you want to practice some of the rabble-rousing and merrymaking of the Viking era, look no further than this guide.

Also known as Midsumarblot, Midsummer is probably the most well-known of the Viking festivals, and this celebration of the Summer Solstice includes many Norse traditions.

The Summer Solstice honours the Norse goddess Sunna, but is also an astronomical observation of the Sun’s position, marking the longest day and shortest night of the year. This date usually falls around June 21 and marks the beginning of shorter days to come.

As for the celebrations themselves, if you want to rekindle the feeling of your Viking forebears as they prepared to set sail on raids knowing their crops were safely planted, here are a few ways you can party like it’s the summer of ‘69 (869 AD, that is):

For something a little more organised (and less fiery), why not take a trip to Trondheim, Norway, and visit the Vikinglag Festival? Trondheim was the capital of Norway during the Viking era, and the city honours its past with a festival of epic and immersive proportions.

As well as a market for the public to peruse, Hands on History and Trondheim Vikinglag also put together a one-week reenactment event called The Viking Way in the forest of Trøndelag in 2016. Participants were invited to live in a temporary settlement and survive off nature as their Viking ancestors would. Craft projects kept idle hands busy, such as blacksmithing, pottery, tanning skins, and brewing.

Trondheim still hosts their historic market every year, taking you back in time to show you how the Vikings dressed, what food they ate, and how they fought, with opportunities to meet and talk with artisans who still work using traditional Viking-era methods. 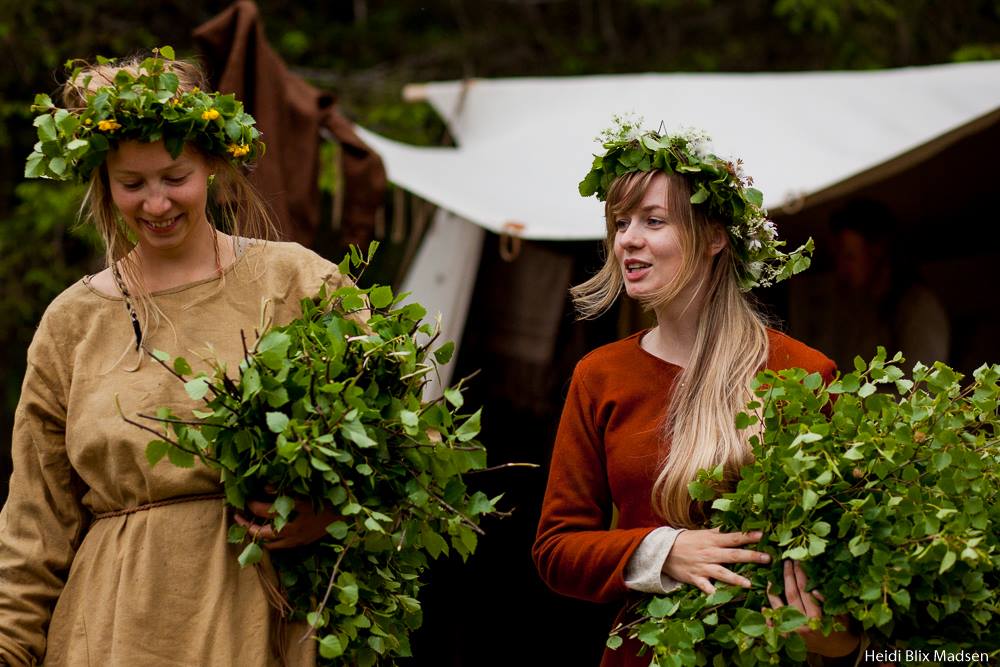 People participating in The Viking Way 2016

Freyfest (or Freysblot) in the Norse calendar is a festival giving thanks to the gods for a bountiful harvest. Holiest to the goddess Freyja (fertility) and Thor (harvest), it was a time when the Viking warriors would return with their spoils and begin to reap the crops from summer.

If you want to give thanks to the gods for a good harvest, here’s how you can do just that:

We wish you luck in your festival-ing, and hope the Viking gods bless you with good fortune in Conqueror's Blade: Helheim, and stay tuned for more Conqueror’s Tales from the Viking era!