The battle for dominion over the city of Aurelian returns until July 14 (10:00 Server Time)—with a twist. Valiant heroes who joined us during Conqueror’s Blade: Paragons will know this reworked map as La Grande Gloire, a key point of conflict between the people of Pays-de-la-Gloire and the Loegrians.

Now, as the Northmen of Helheim sail down the western coast to pillage the city of Aurelian, a new war will be waged on a new, Viking-inspired version of the map.

Aurelian has been raided by the Northmen and is in poor condition. A far cry from its once glorious days, fires break out across the city and destroyed buildings pepper the landscape. Not only this, the severe weather is making things difficult for all involved, as heavy rain, thunder, and lightning assault the fighters.

After a successful defence against the Loegrians, this historic city is once again under threat, and Aurelian’s many bridges and structures might not be enough to keep the warriors of Helheim at bay.

However, the people of Pays-de-la-Gloire won’t go down without a fight, and the courageous Banner Guards will spawn to join the battle for the defenders, along with their newly allied Highlander comrades, the Claymores. While not quite as hardy as they once were, they are still powerful enough to push back a Northmen invasion.

The warriors from the North have brought their own combatants though, and the fearsome Sons of Fenrir and Berserkers will join the fray for their Northern allies as the attackers attempt to claim Aurelian. 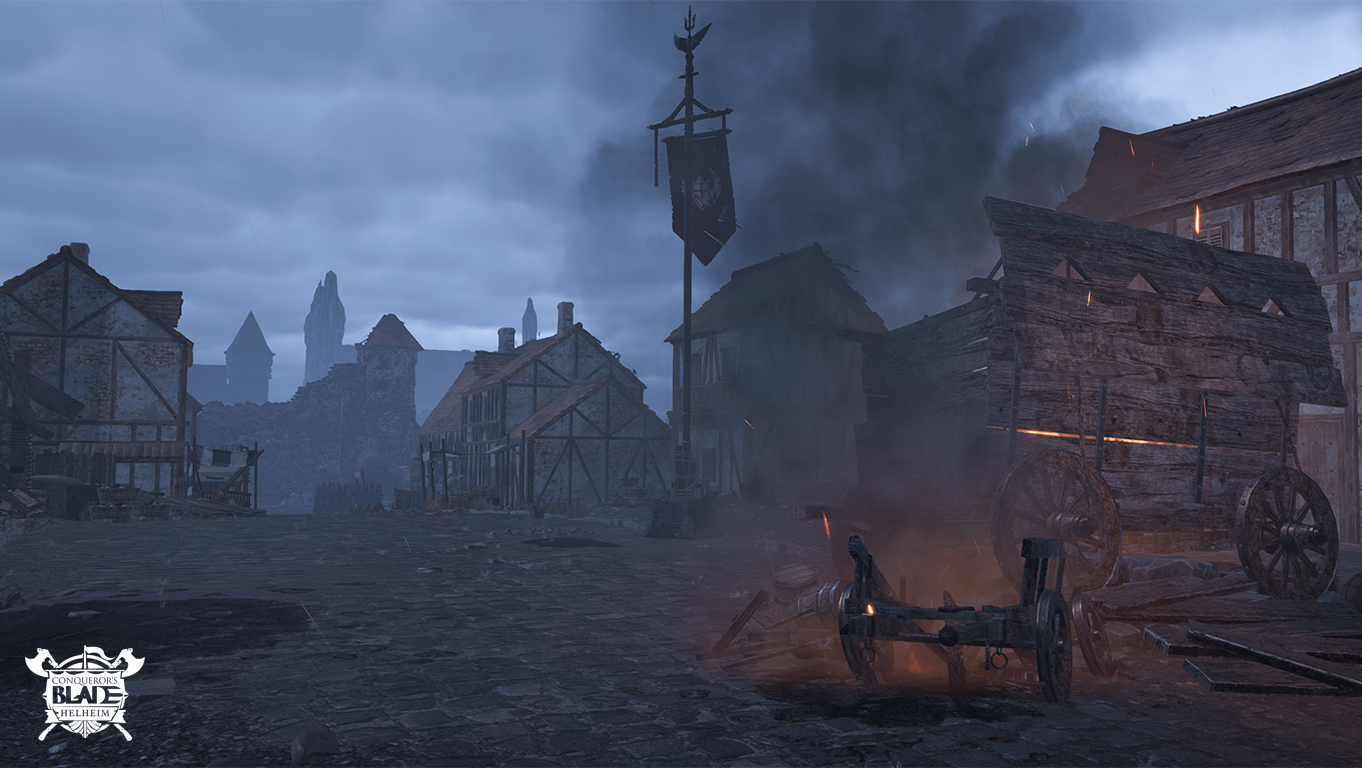 PLAN OF ATTACK AND DEFENCE

Raid on Aurelian will be available in Conqueror’s Blade: Helheim until July 14 (10:00 Server Time), and you can find the exact timings for your server below:

Behind the Scenes: Cohorts