Peek behind the curtain at what went into making the best-dressed Heroes and Units in Conqueror’s Blade: Paragons, a season inspired by medieval France's storied history.

We chatted with Anton Mamhionov, Creative Director at Booming Tech, about the inspiration behind the best-dressed heroes of Pays-de-la-Gloire.

The Hero and Unit Attire of Paragons takes inspiration from everything from Gendarme cavalry to Joan of Arc’s armour itself; what other real-life armours did you take inspiration from for the design of the Attires?

For Banner Guards, we used historical references of armour during the Battle of Agincourt. The unit features a variety of headsets (bascinet helmets with just base and face protection parts), weapons, and body armour.

With the Ordre de l'Aigle Hero Attire, we went with a later medieval armour set design, widely spread across European countries and added some textiles to give the set a unique look.

And for Alchemists, we began with a medieval nuns concept for textile elements and then added authentic leather-made elements to make the unit look like chirurgiens (surgeons) and alchemists, along with slots for their tools and smoke bombs. 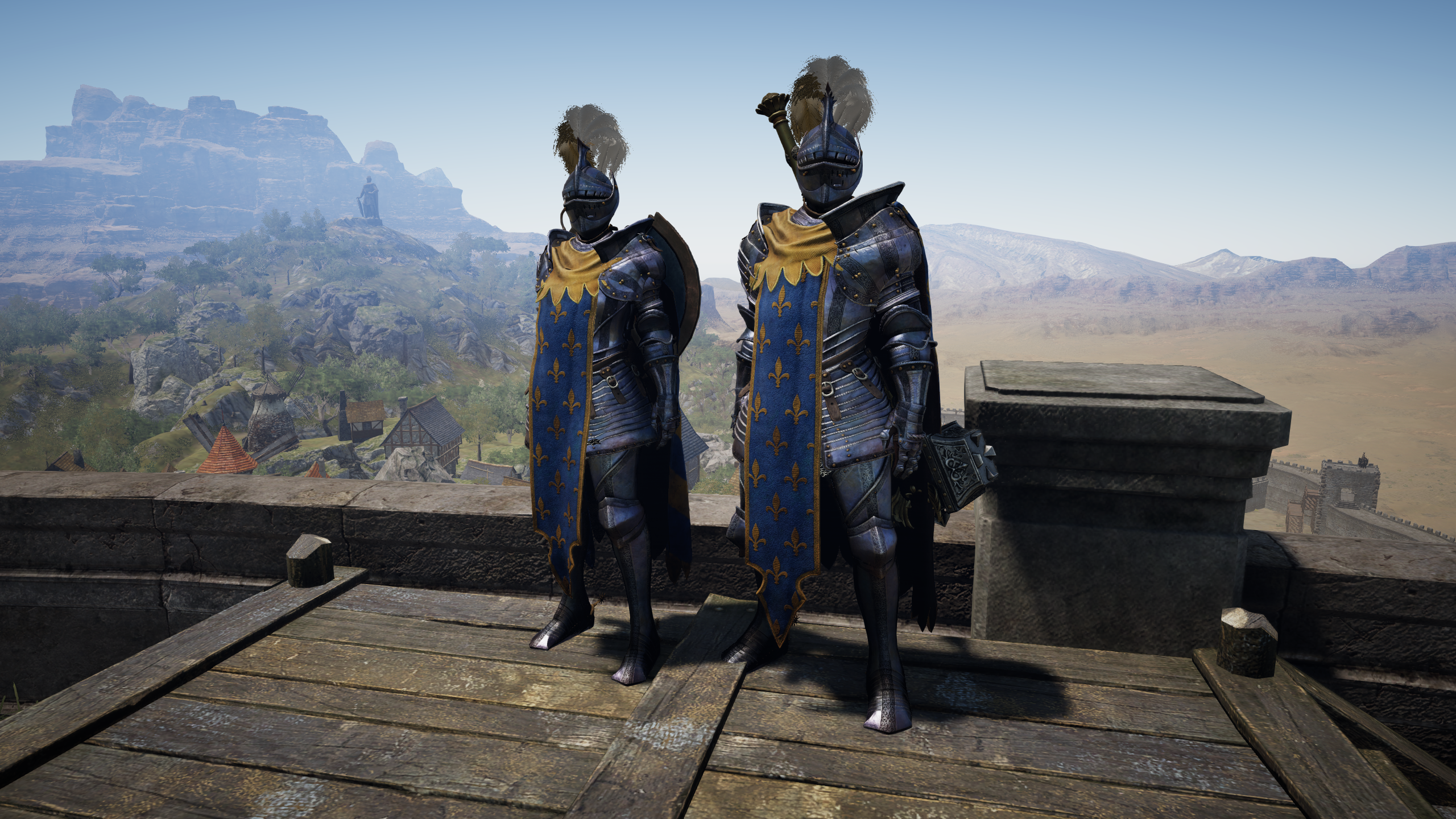 When designing the Attire, what inspiration do you take from real-life armour to turn them into something original for Heroes and Units to wear in-game (such as certain shapes or colours)?

It all depends on the season and the direction we decide to choose. Every season has a specific “mood map” – a basic guideline of how we want players to feel while playing units or wearing an attire.

Generally speaking, we use historical references of armour and weapons and then brainstorm what elements could be highlighted in order to support the seasonal mood. Sometimes we add fictional elements from paintings and art, or we look for specific “mood elements” from civilian or ceremonial clothing in the history of the targeted nation. For example, we use tournament helmets, parade armour, and civilian clothing elements and add those to combat armour.

Gold and silver play a huge part in the materials of the armours; was that a deliberate choice to show the elite status of the units and characters of this season?

Yes, while medieval France in the time period of the Siege of Orleans wasn’t featuring much gold or silver used on royal armour, we wanted to make French-inspired seasonal armour the most luxurious and make it stand out from other European-inspired attires that are already in the game. 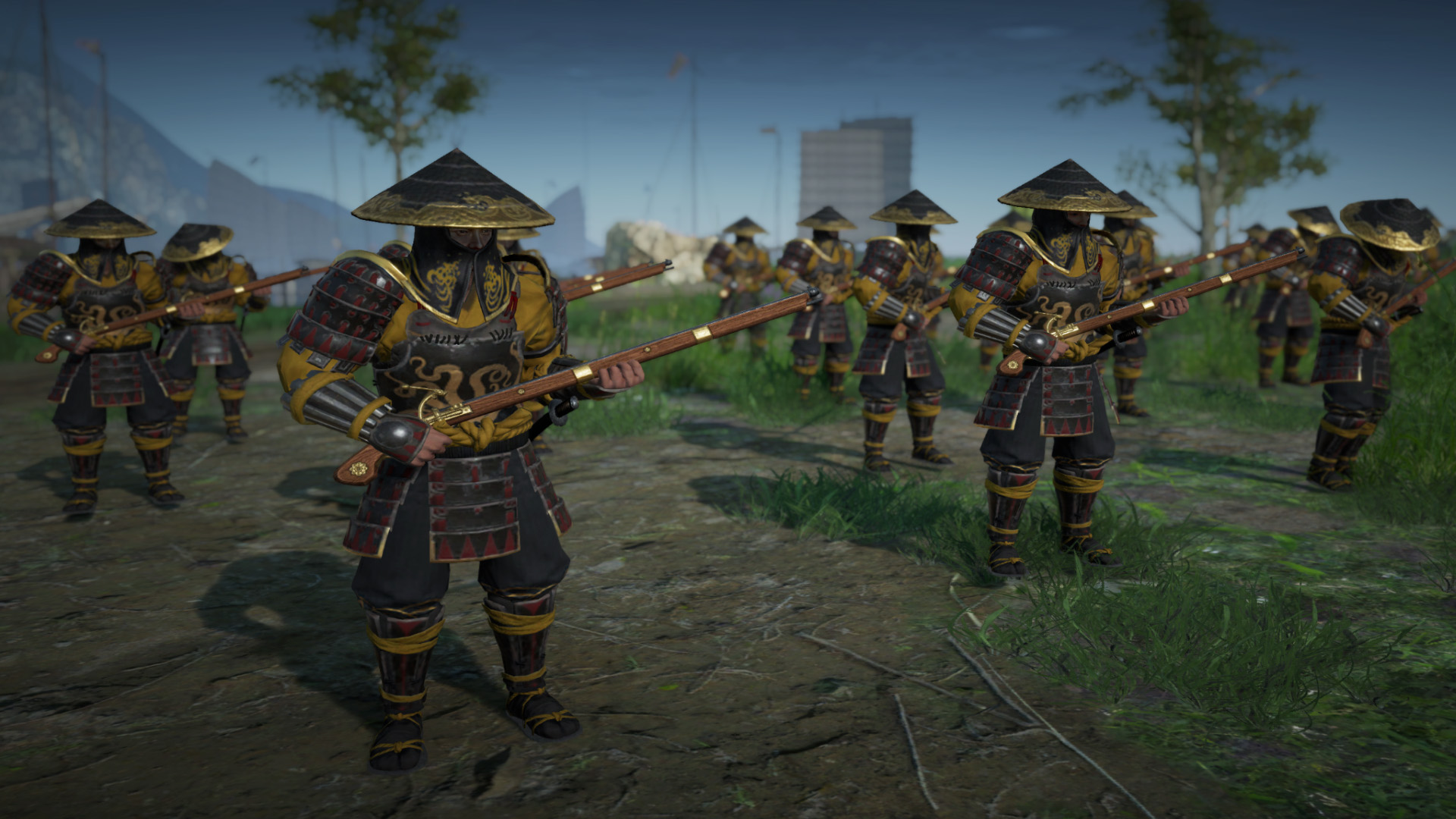 How did you pick the symbols that adorn Attire this season, such as wings, laurels, filigree, and the fleur-de-lys?

With each season, we want to use local symbols that are connected to a specific culture and can be globally recognised and associated with a targeted culture by the majority of people around the globe.

As a top-level seasonal store attire, the laurel is a symbol of victory in the fictional universe of Conqueror’s Blade – the same as Romans initially saw it.

We use photographs and articles, and this is why the Season X: Highlanders in-game logo featured a thistle flower as the in-game logo and armour element, and a unicorn-shaped maul attire. This is why we used fleur-de-lys in Paragons and a rooster-shaped grip on the Shortsword (the rooster is a national animal symbol of France).

The wings on the Ordre de la Pucelle Hero Attire are phoenixes on the shoulder pads of the Joan of Arc-inspired character in our game (Gabrielle-Mäelys). It symbolises the rebirth of the nation that this character brings with her heroism. 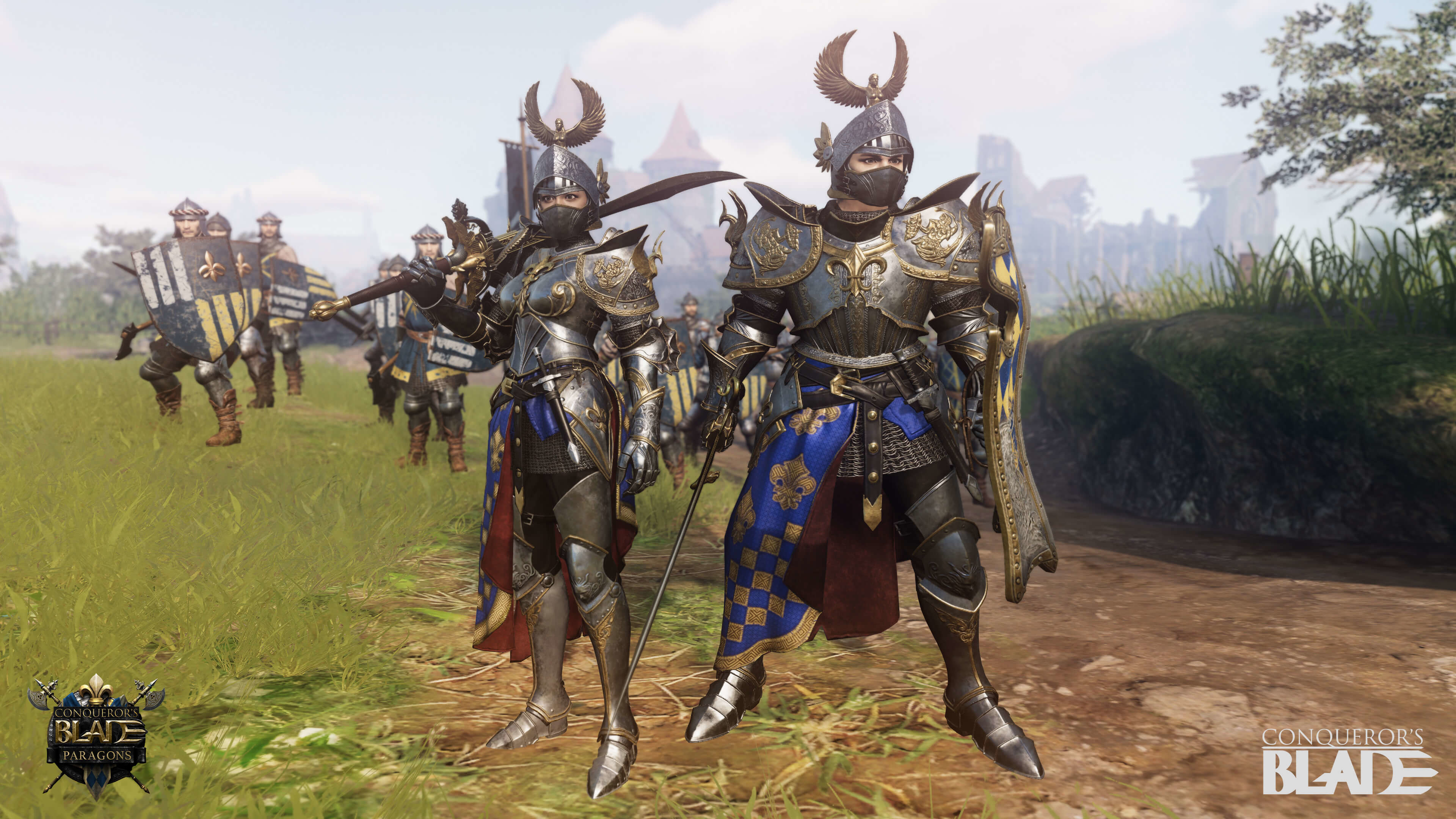 How long does the entire process take to create Attire, from original conception to final outcome?

It much depends on the complexity of design, research and 3D production. On average, it can take from 12 to 15 workdays for the 2D design concept and then from 35 to 40 workdays to create a fully-finished 3D product that meets the quality standard.

Want more behind the scenes looks at all things Conqueror’s Blade? Check out our glimpse at the design process of Paragons Weapon Skins, the vision for the Open-World, and stay tuned for more articles!

Rejoice at the Glorious Sun Festival until May 26!