The Open-World of Conqueror’s Blade is full of opportunities for adventure, inspirational scenery, and surprises waiting to be discovered. From battling for dominion over fiefs and fortresses in Territory Wars, to challenging loitering Bandits to combat, and scouring abandoned sites for treasure, the Open-World has something for everyone.

We talked to Yifei Li, the Virtual World Creative Designer at Booming Tech about the vision behind the Open-World, the challenges of balancing the world, and the hopes for the future.

When it comes to the Open-World of Conqueror’s Blade (and the adventures and battles that take place within it) - how has your vision changed over the years, from launch to now?

The idea for the Open-World was born out of inspiration and intuition. When we finished the individual gameplay (Field and Siege battles), we thought, "why don't we enrich this into a world?" So it seemed natural to us that an Open-World would emerge, but the content of such a world presentation and the form of the campaign is really what we have been exploring since the beginning of development.

As the seasons progressed, we also completed the Anadolou and Longting lands, each with its own distinctive style. Our vision changed from "we need an Open-World" to "we want to show what Conqueror’s Blade is through an Open-World", then "we want to use Conqueror’s Blade's Open-World to communicate our thoughts about civilisation and ancient warfare". Of course, we are still far from the last step, and the current Open-World does not meet our expectations at the moment. 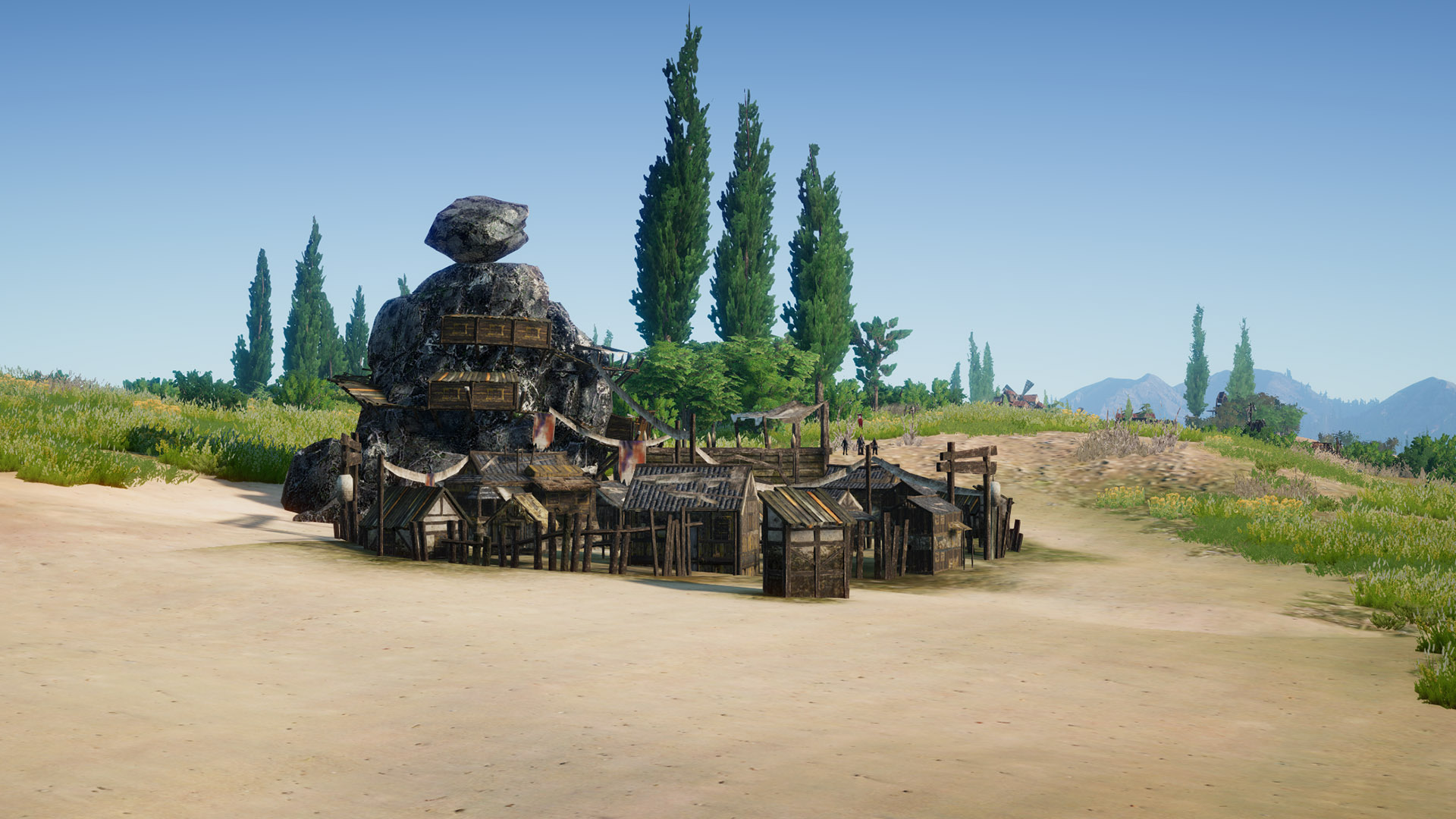 How would you like to see the Open-World progress or change going forward?

Let's start with the existing NPC behaviours. We hope to complete a round of in-depth improvements, both in terms of the richness of NPC assembly behaviour, their intelligence, and strength. Enriching this world and introducing more events to give players more combat content to explore and experience is what we expect from our Open-World.

In addition, we want the world to be a vehicle for Conqueror’s Blade’s culture and an important part of the player's experience. We are working on enhancing each area of Open-World with more interactive content that tells the story of what has happened in this world and brings it to life. We are grateful to all the players who have experienced and lived in this world, and we hope that it will become a shared creation with our players.

What were the challenges when it came to balancing Units and Weapon Classes for Open-World PVP?

This is very challenging because, in PVP matchmaking, we want players to have an experience that shows individuality and a wide range of options. So in our matchmaking balancing, we focused heavily on improving weak corps and nerfing mechanics that didn't make sense. In Open-World PVP, however, we have focused more on the contradictory and compatible spirit of dedication and heroism, so there is a significant difference between this and the PVP matchmaking balance. We will try to balance these two directions and also bring a wider variety of tactics and gameplay to the territorial battles while keeping the PVP matches reasonable. 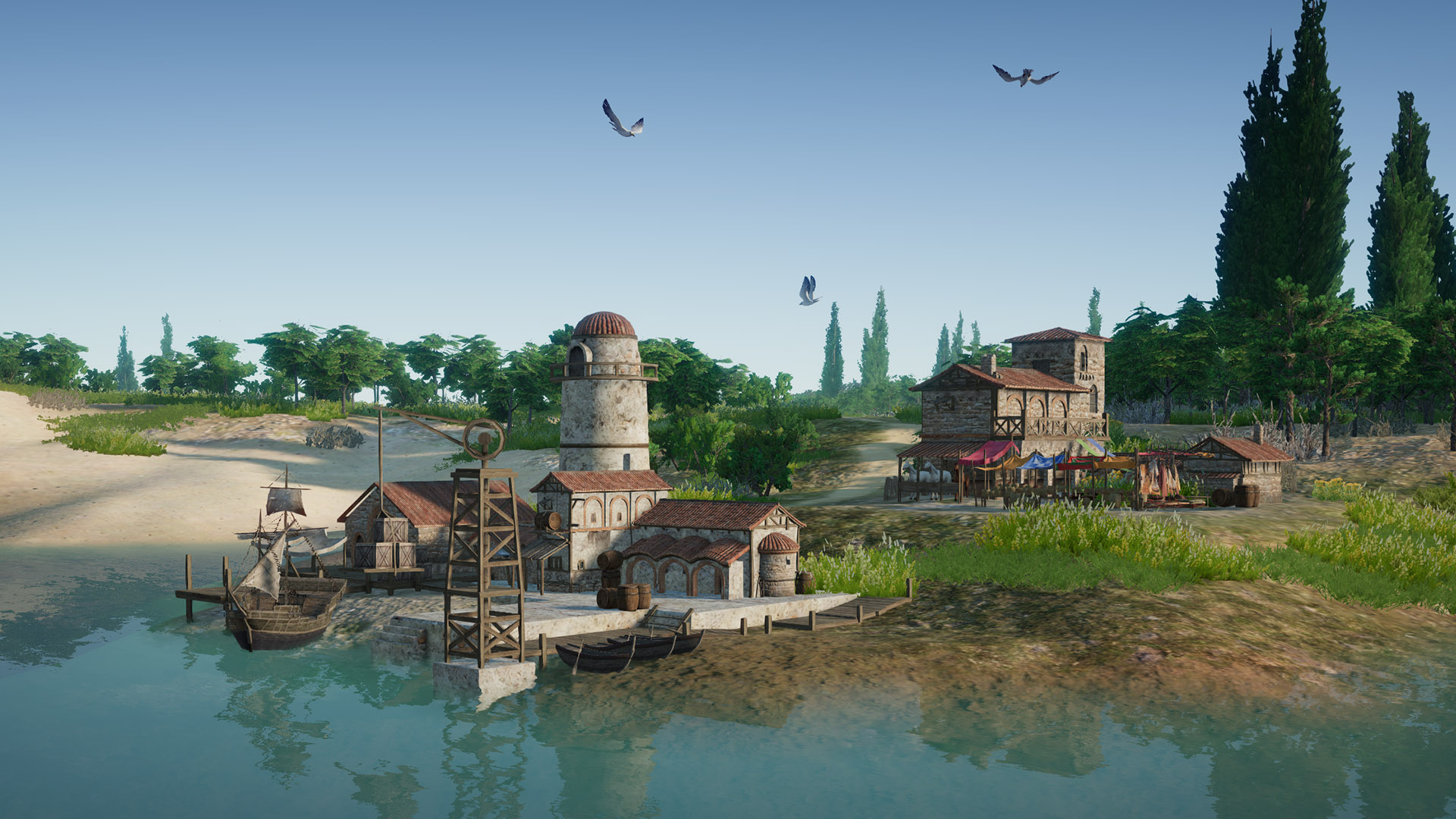 Designing the Open-World must have been demanding but a joy; what real-life landscapes did the team take inspiration from over time?

One of the key updates we made during Season VIII: Dynasty was the creation of a brand new city - Hao Jing. We drew on the life experiences of various members in the production process and the photos they recorded from their travels to places such as Xi'an, the ancient capital of China's Tang Dynasty, and the Tangcheng film and television base in Xiangyang. These became important photo references, along with their own impressions left in their minds when we went looking for the design of Hao Jing.

At the same time, the experience and knowledge of the designers from Europe became a great help when we were making Season VII: Wolves of Ragnarok and the whole atmosphere of the season was greatly enhanced compared to previous seasons.

Do you consider adding any real-life landmarks to the Open-World scenery based on the region that inspires a Season?

Yes, we are keen to give players a taste of the different civilisations featured in the game, which is part of the core experience. We have already experimented with this in previous seasons: in Season VII: Wolves of Ragnarok, for example, we placed Heilung Fjord (an area inspired by Scandinavian landscapes) on the shores of Vajk's Lake where it exists in the Conqueror’s Blade story. In Season VIII: Dynasty, we placed Linwu Fortress in the Maoyang, and the Longting region in a landscape similar to the Longmen Grottoes in Luoyang, China. These are all very seasonal and regionally-specific cultural symbols, and we want all players to feel this.

In future seasons, we would like to bring more large world landscapes with the characteristics of different civilisations to the players.
Want to peek behind the curtain at all things Conqueror’s Blade? Check out our look at the Paragons Weapon Skins, and stay tuned for more articles!