To mark the Chevaliers’ release and celebrate their gallant status in the army of Pays-de-la-Gloire, you can pick up the exclusive Chevaliers' Wings of Glory Helmet only until April 25 (23:59 server time/23:59 CEST) in-game or via MY.GAMES Market.

It’s only available for a limited time, so swoop it up before it's gone for good! 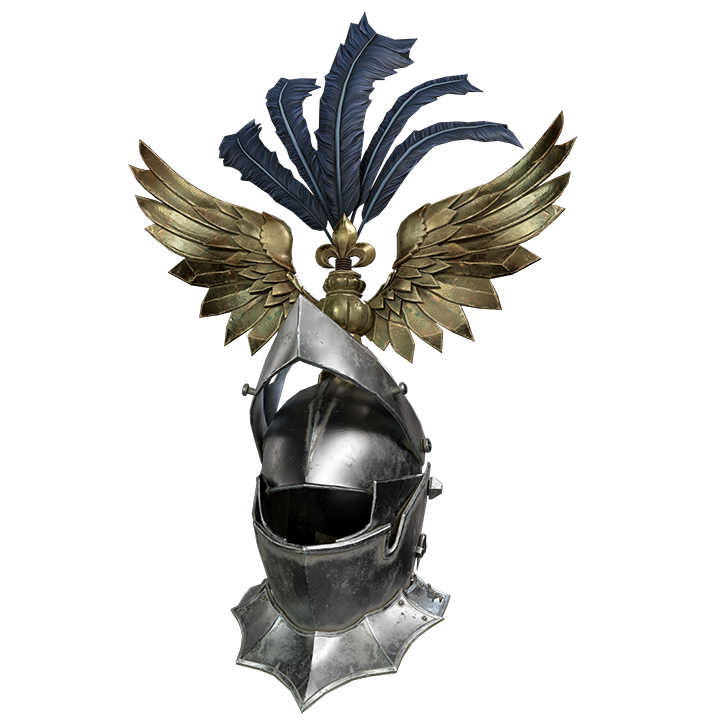 This resplendent helmet was commonly worn during tournaments, most famously by Gabrielle-Maëlys herself when she disguised herself as an ordinary knight, revealing her identity to the spectators after winning a shock victory in the melee. Now, only the most reverent of Chevaliers wear it in her honour.