Conqueror’s Blade: Paragons ushered in a new band of amazing, distinct units to add to your ranks. From healers to flag-bearers, to warriors on horseback, we’ve gone behind the scenes to learn more about your new recruits: Alchemists, Banner Guards, and Chevaliers.

Anton Mamihonov, Creative Director at Booming Tech, chatted with us about the creation of all three Paragons units, from design conceptualisation to gameplay.

The Alchemists possess homemade weapons alongside their healing skills; how much damage can they really do?

I would humbly dare to say that their main weapon is their sharp intelligence and understanding of natural elements. Healing and alchemy are what make this unit strong. They're also equipped with short daggers that are mostly used as tools but can be utilised as last resort weapons when the situation is desperate. Don't expect the Alchemists to stand their ground against soldiers or deal much damage though – their role is different, they are purely support.

How should Alchemists be positioned on the battlefield to best preserve their numbers, while also being close at hand to tend to the wounded?

As non-armoured light infantry, they rely on proper positioning and distance-predicting from players. Imagine the difficulty of keeping Bagpipers alive... now multiply it by two.

What inspired you to add Alchemists in Paragons?

A number of things actually. Historically medieval armies of Europe were composed not only of warriors but often an equal size of servants, merchants, craftsmen, and medics. They cooked, treated wounded, sold provisions, and repaired equipment.

Paragons aims to highlight some notable traits of French culture and its unique identity. Besides devotion, virtue, liberty, and chivalry, there's more – romanticism and elegance. The female spirit of Joan of Arc and the elegant Alchemists fit this perfectly.

For gameplay, we aimed to make new ways of how 3-Star units are played. It's our first-ever fully-dedicated healing unit. Initially, it was planned as so, and you can see that in the very early conceptualisation. 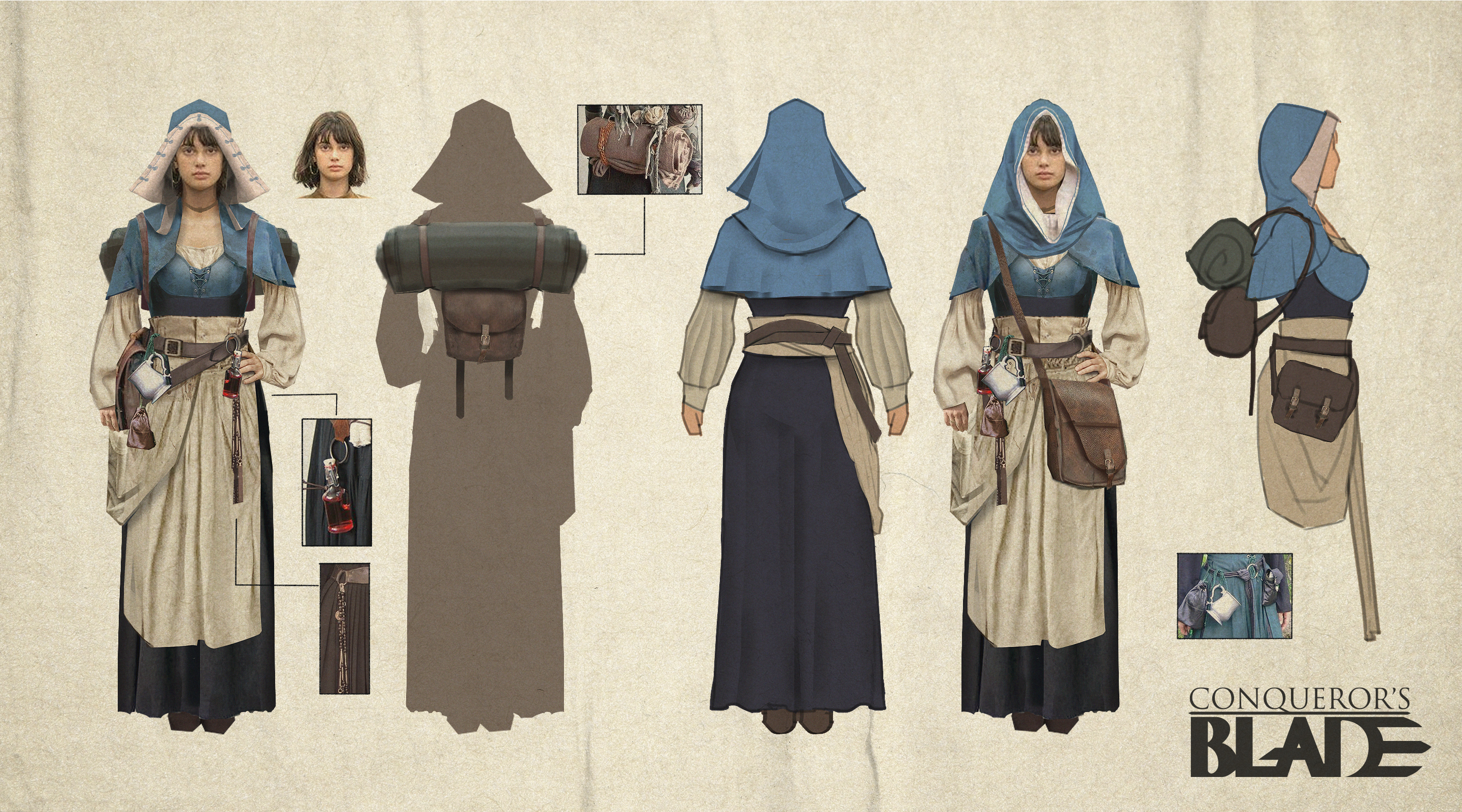 We don't want our players to not fight non-combatants or pure medics due to moral reasons, though. It actually opened up totally new cool options that allowed us to mix in naturalism and alchemy to the unit by giving them a new smokescreen ability and letting them carry daggers.

What weapons do the Banner Guards wield? And how well do they wield them?

Banner Guards consist of a large variety of warriors with different backgrounds who all fought together for years in this ongoing war. Some parts of their armour are covered with rust, and each of them wields a different type of weapons such as swords and axes. They are also equipped with shields. They are efficient and well-spirited. 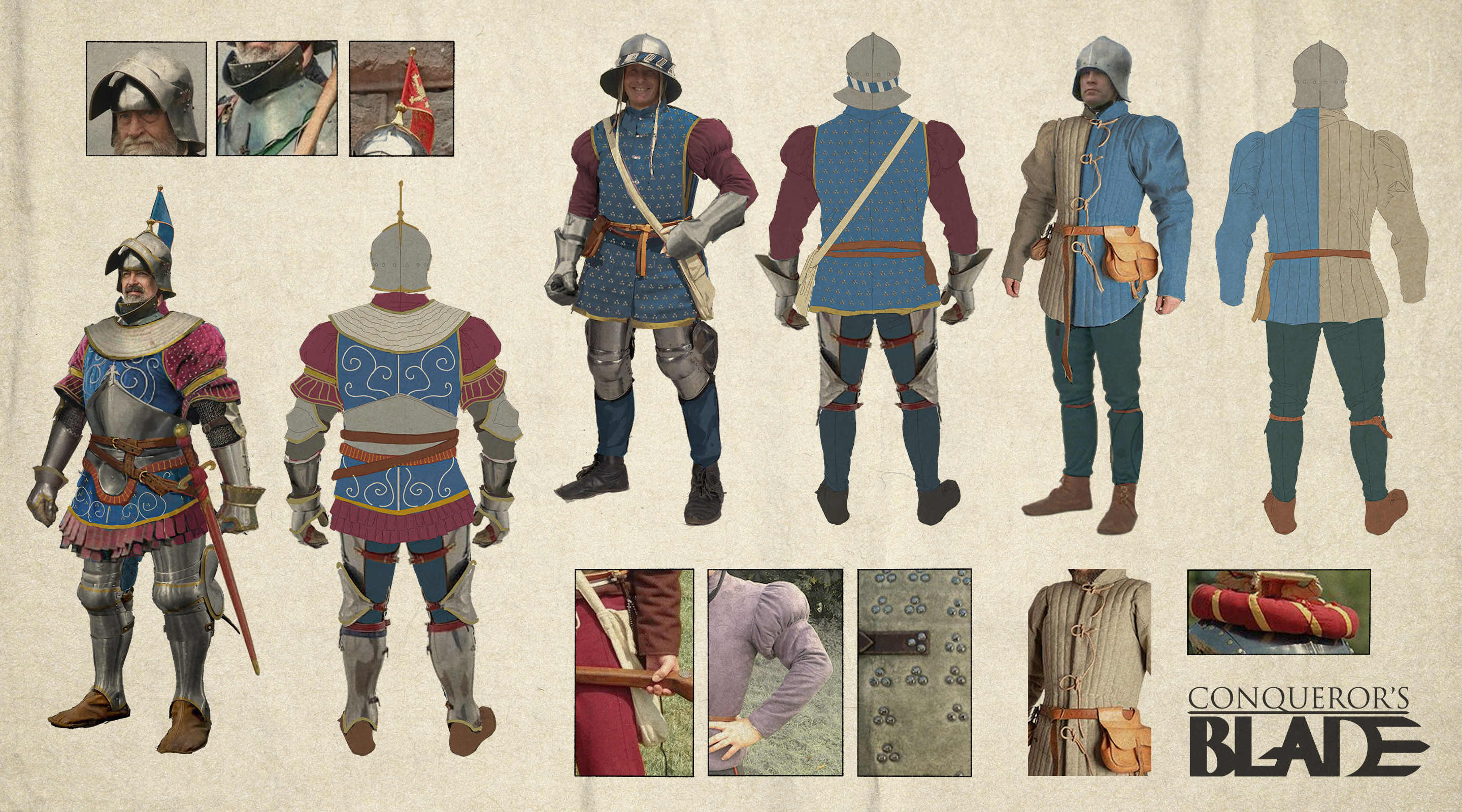 What inspired you to add this unit in Paragons?

Joan of Arc! After creating a few alternative early units concept ideas I had the thought to present the story of Joan throughout a unit, to make our players literally feel like Joan did – to lead an army by example while carrying the banner. This is how this unit idea, visuals and gameplay were born. To be sincere, this unit was almost cancelled in the very early stage due to the complexity of coding work and limited production time. It was a real battle to convince the team to believe in this unit and I'm truly hoping that our players will enjoy its unique gameplay and it will be a memorable experience.

How powerful is the Chevaliers’ charge, really?

It’s brutal. Damage and crowd-control are numerical aspects that can be adjusted or changed with time but our main purpose was not to make their charge game-breaking (or repeat the mistake we previously made with some 5-Star cavalry) but to make this unit rely on its unique core retinue mechanic. 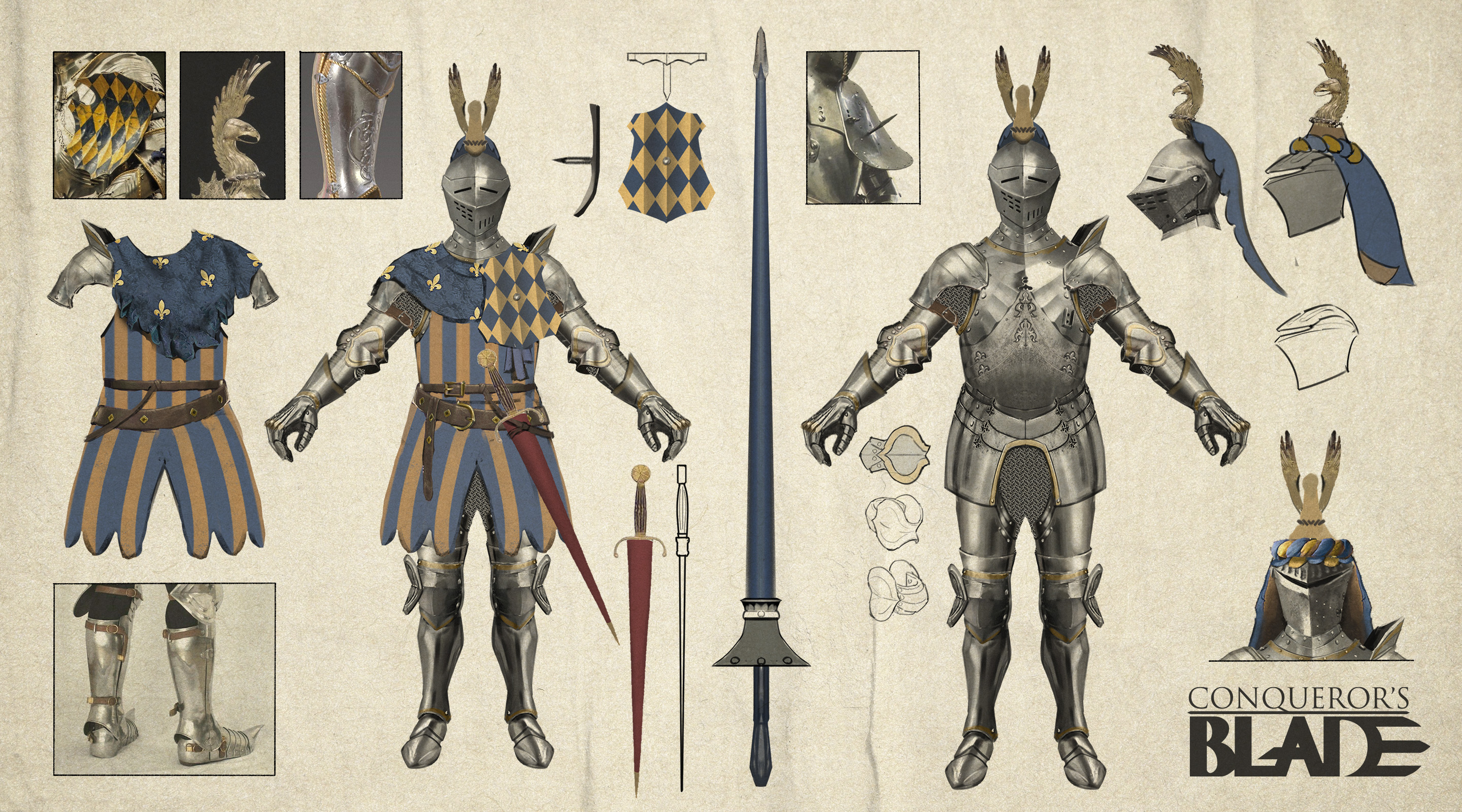 Which Units fighting alongside them give them special advantages?

Chevaliers have a unique new mechanic that came to our Lead Designer (Bai Yi Qiu) during one of those late nights - as noble knights they should bring their retainers with them. That means that players can choose one of a few low tier units for free and bring them to the battlefield with Chevaliers and they will both be summoned on the Supply or Respawn Point. Players will have two units to control at the same time. The behaviour of the retinue unit depends on the class – infantry, ranged, cavalry. You'll see the details very soon, we're super excited.

What real-life counterparts inspired Chevaliers, if any?

For the visual part, our friends and partners at MY.GAMES contributed with visual research of historical French armour. We decided to use Gendarmes cavalry presented in museums, then add bright colourful fabrics and details to highlight the luxury of the noble Paragons.

For the gameplay part, European knights usually didn't go to war alone. They brought servants, peasant soldiers, a number of horses, equipment, and provisions for their men. A knight that goes to war alone is either foolish or financially broke.

Want to peek behind the curtain at all things Conqueror’s Blade? Check out our look at the Paragons Weapon Skins, and stay tuned for more articles!

Lords of the Forest: Earn New Cosmetics until April 24!