Throughout history, tapestries have been used to record events and bring them to life for future generations. Used to mark occasions of great strife or triumphant celebration, tapestries were weaved widely in Medieval France to intricately tell the stories of the past.

Just as the people of Pays-de-la-Gloire in Conqueror’s Blade: Paragons weave their history into reality with looms and thread, so too did the French of old, mainly illustrating important events such as wars, coronations, biblical events, or simply idyllic scenes to be visually enjoyed.

One such historical work was the Two Gobelins Tapestries, showing the noble Burgundian House of Coligny’s role in the French Wars of Religion, in particular, the assassination of Admiral Gaspard de Coligny. As a commander during the conflicts, Gaspard placed himself and his sons at the forefront of the struggle, leading armies and advising King Charles IX.

Although based on paintings, the Two Gobelins pieces are brought to life as wool and silk tapestries, hung in the finest museums and aristocratic manors across France. 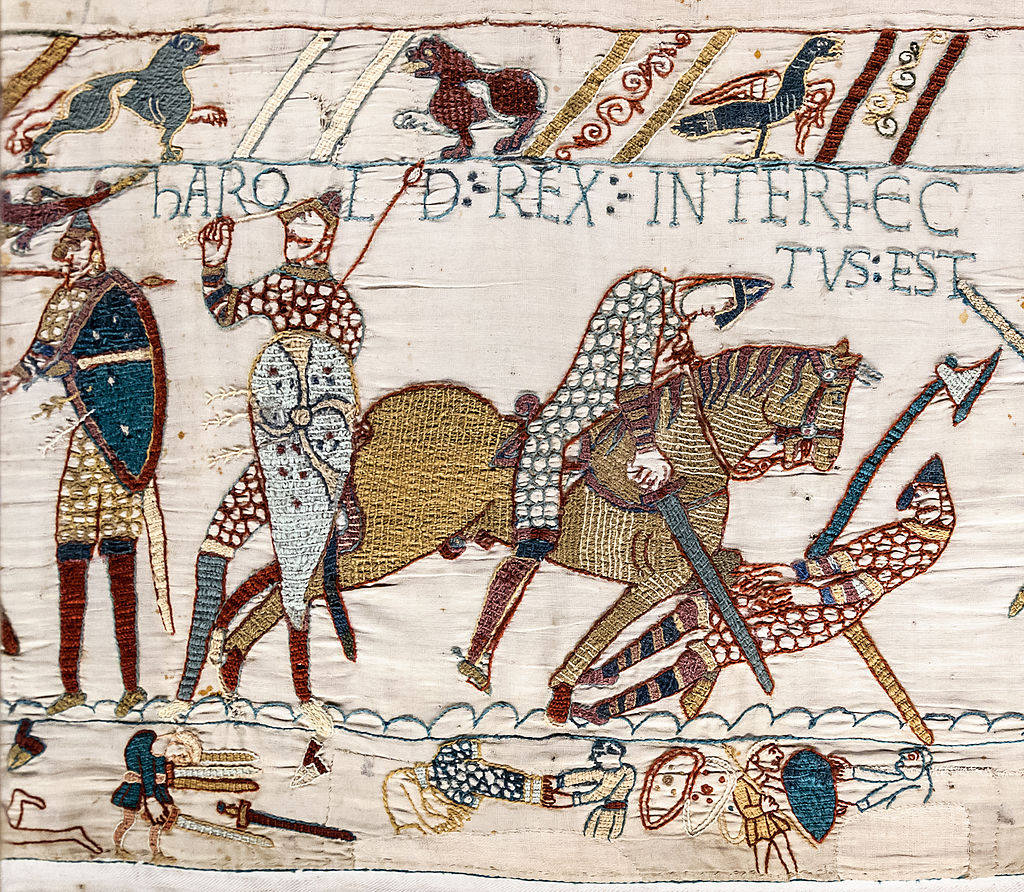 Possibly the most famous tapestry to come out of the Medieval era in France is the Bayeux Tapestry. Technically an embroidery, the piece tells of the Battle of Hastings and measures an astonishing 70 metres. It was intricately handwoven only a few years after the events of 1066, and depicts an incredible seventy scenes of battles, conversations, and even Halley's Comet. The Norman victory of 1066 is a key moment in the history of France, and this specific piece of art tells the story like no other.

Tapestries not only tell us of the past but attempt to warn us of the danger looming in the future. The biblical Apocalypse Tapestry was woven in Paris in the 14th century and masterfully told the story of the Apocalypse from the Book of Revelation; souls caught up in immortal conflict, embroiled in embroidery. This woollen version of the final fight between good and evil warns of a future that can be widely interpreted.

Will your adventures be notable enough to be eternalised in thread? Play Conqueror’s Blade: Paragons today, and sew your own name into history.