Conqueror’s Blade: Paragons is now available as a free update! Discover everything the prosperous and proud land of Pays-de-la-Gloire has to offer, including a new Seasonal Campaign and faction inspired by France, unlockable units, a Siege Map, special launch events, and quality of life updates.

The Paragons Battle Pass is also available to buy from MY.GAMES Market, Steam, and in-game, with the Ordre de l'Aigle Hero Attire available as an instant unlock at Tier 1.

Take on new challenges inspired by the legendary wars and heroes of Medieval France, and claim rewards from the Battle Pass in an epic new Seasonal Campaign.

Start your journey in The Borderlands before taking the fight to Ungverija and Ostaria through five phases of the Campaign, battling through Territory Wars every Tuesday and Saturday. Towards the end of the season, make your final stand for the people of Pays-de-la-Gloire in Augolia (Capital of Ostaria).

For heroes who seek further glory, Ranked Battles will begin on March 18.

Three new Seasonal Units are available to unlock via Unit Challenges throughout Paragons. Each has its own set of skills, with two bringing brand-new new mechanics to the game:

There is glory to be earned in Pays-de-la-Gloire, and many rewards to reap in the new Paragons Battle Pass! Over 100 levels of Premium rewards can be claimed by completing Seasonal Challenges, earning Glory, and levelling up during the season. Unlock the Gendarme Company Unit Attire, Bend the Knee Emote, the Ordre de la Pucelle Mount Set, and so much more. The Ordre de la Pucelle Hero Attire is the ultimate reward at Tier 100, a unique armour only given to the most virtuous Knights of the Order.

The Ordre de l'Aigle Hero Attire is available as an instant reward when you purchase the Battle Pass from MY.GAMES Market, Steam, or in-game for 1,000 Sovereigns. Conqueror’s Blade is a free-to-play game, and there are many treasures to be claimed on the Free Pass too, including Blades, currency, and a Season Avatar!

You can also draw Blades from the Battle Pass to exchange in the Seasonal Store for French-themed weapon skins and revamped cosmetics not seen since Season VIII: Dynasty! 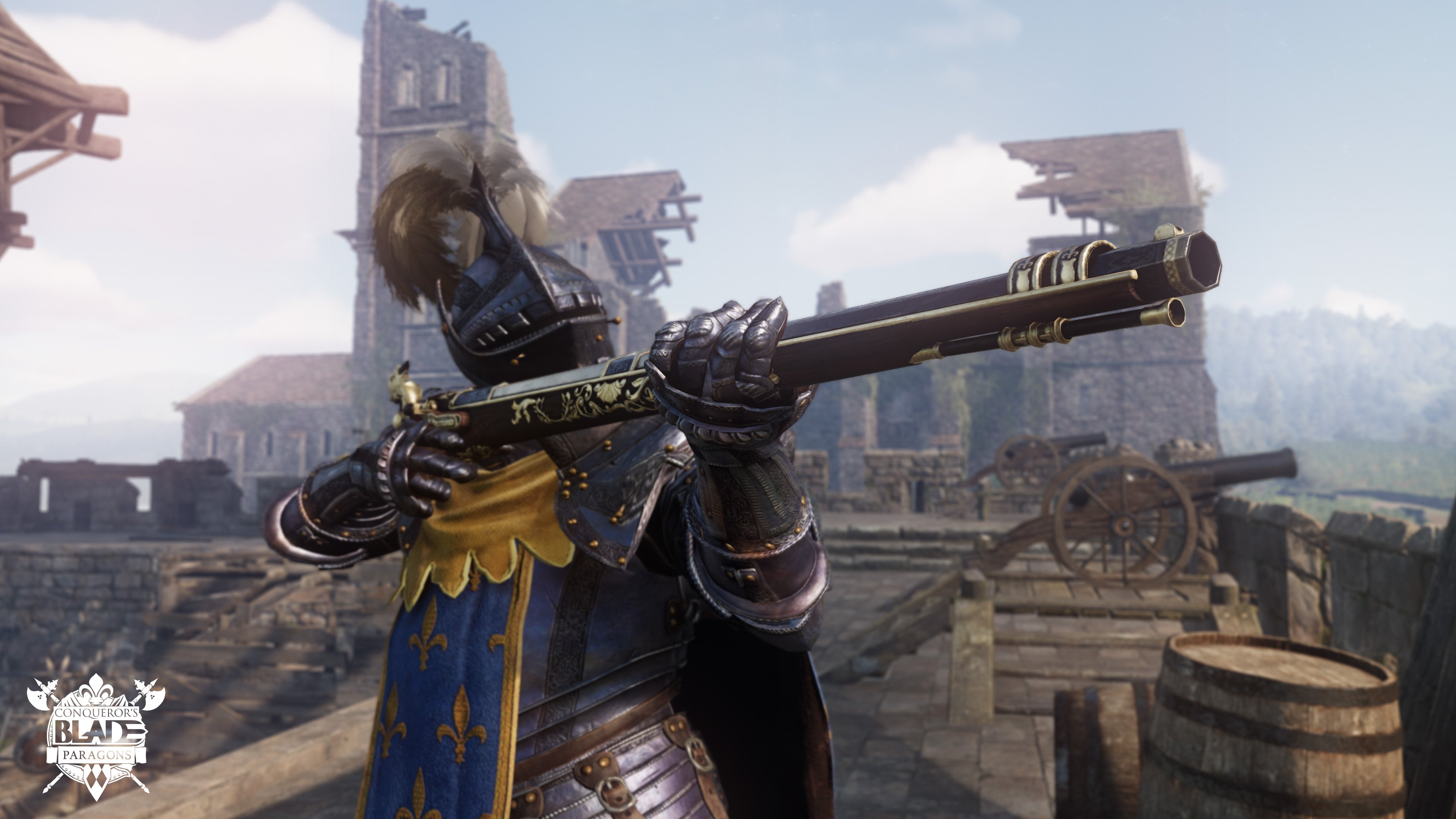 The people of Pays-de-la-Gloire must stand firm against a Loegrian attack and keep their forces at bay from La Grande Gloire.
This new 15v15 Siege Map invites players to defend or attack the city of Aurelian, keeping a close watch on the surrounding bridges, which are critical to the sanctity of the town—stay tuned for more information when the map releases on March 24.

Territory Wars begin on March 19 and will be waged every Tuesday and Saturday throughout Paragons. Answer the call by participating in server-wide PvP battles, events which form the lion’s share of endgame content in Conqueror’s Blade.

Many new adjustments and improvements have been deployed to change Conqueror’s Blade for the better, including accessibility refinements and balancing changes for units and heroes (on March 24). Read up about every change in the patch notes before you begin!

For more information about the new Season, check out the latest patch notes. New to the game? Conqueror’s Blade is available to download and play for free from MY.GAMES Store and Steam. Get the latest Conqueror’s Blade news by subscribing to the official newsletter and connecting with us on Twitch, Facebook, Twitter, Instagram, YouTube, and Discord.