As Loegria approaches the city of Aurelian, the people of Pays-de-la-Gloire must stand firm on the fronts of La Grande Gloire, or risk a terrible defeat.

Inspired by the Siege of Orléans (October 12, 1428 – May 8, 1429), where heroine Joan of Arc led the French army to victory, this new map challenges players on each side to use architecture to their advantage. When the English were at their strongest, Orléans was the key city that held symbolic significance of the power struggle between the two nations. Bridges were destroyed in order to protect the occupied city, and before fixes could be deployed, extra French troops arrived to storm into battle. 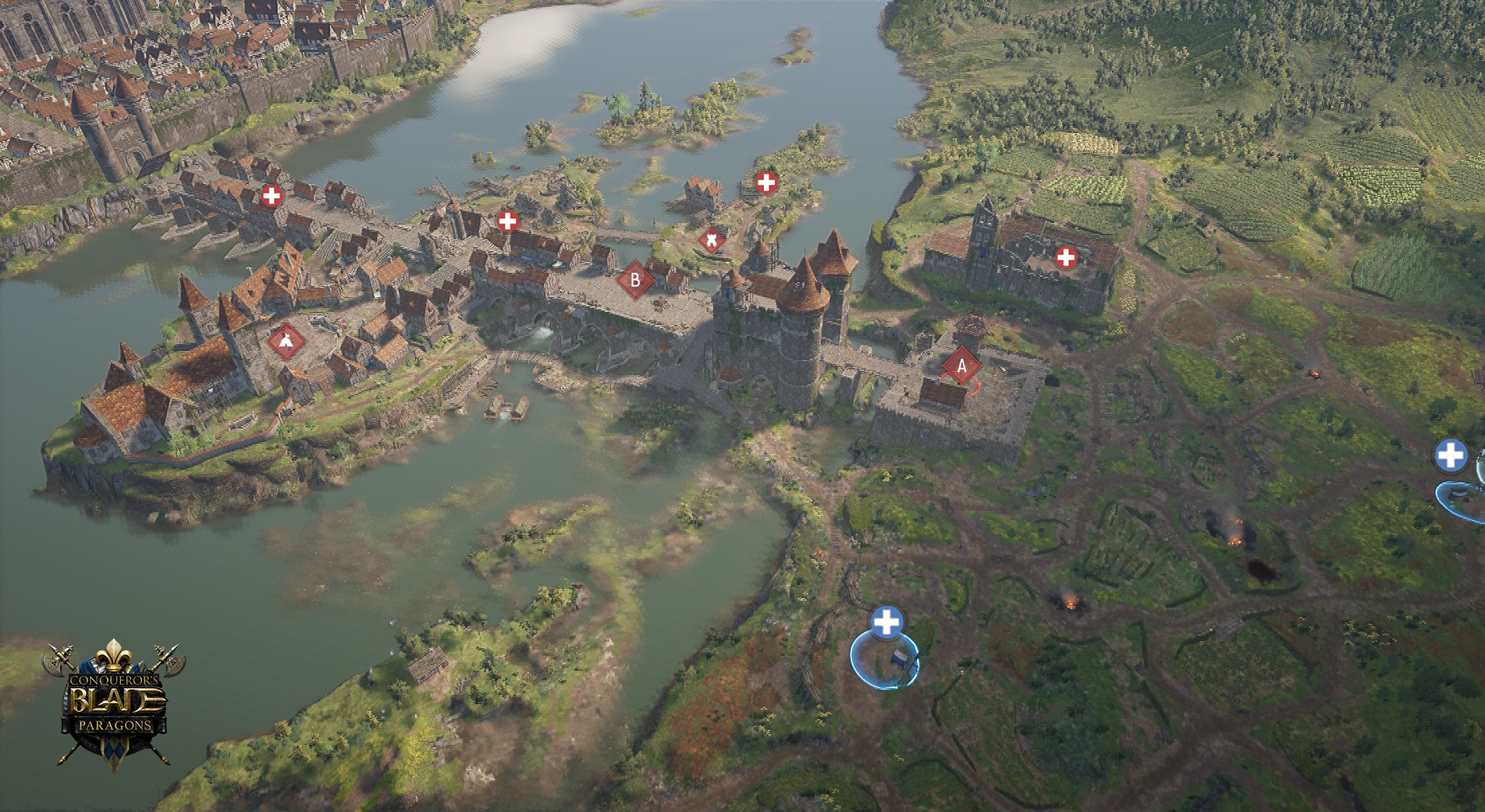 This new 15v15 Siege Map for Conqueror’s Blade: Paragons invites Warlords to defend or attack the city, where rebuilding or destroying bridges is critical to success for either side. These quick fixes also apply to artillery, which can be regenerated to destroy targets whether attacking or defending.

Check back soon for more information and a complete guide on how to defend and strike La Grande Gloire after Conqueror’s Blade: Paragons launches on March 17.