Broch Eastray is the site of the first Highlanders settlement, now threatened by a Loegrian invasion. This sacred village and its hilltop castle provide the main stage for PvP Siege Battles in Season X: Highlanders. Broch Eastray can be defended or attacked, and invites two teams of 12 players to battle for dominion over it.

The Loegrians are at the gate, and what bigger prize to secure than that of the Highlanders’ precious Broch Eastray? Their homeland must be reclaimed by the united power of all Aelba’s clans and their new warriors, even if deadly traps may work against them. Much of the landscape has been destroyed, making cover scarce in the battered surroundings. However, new tactics can be deployed to reach the castle and regain control. 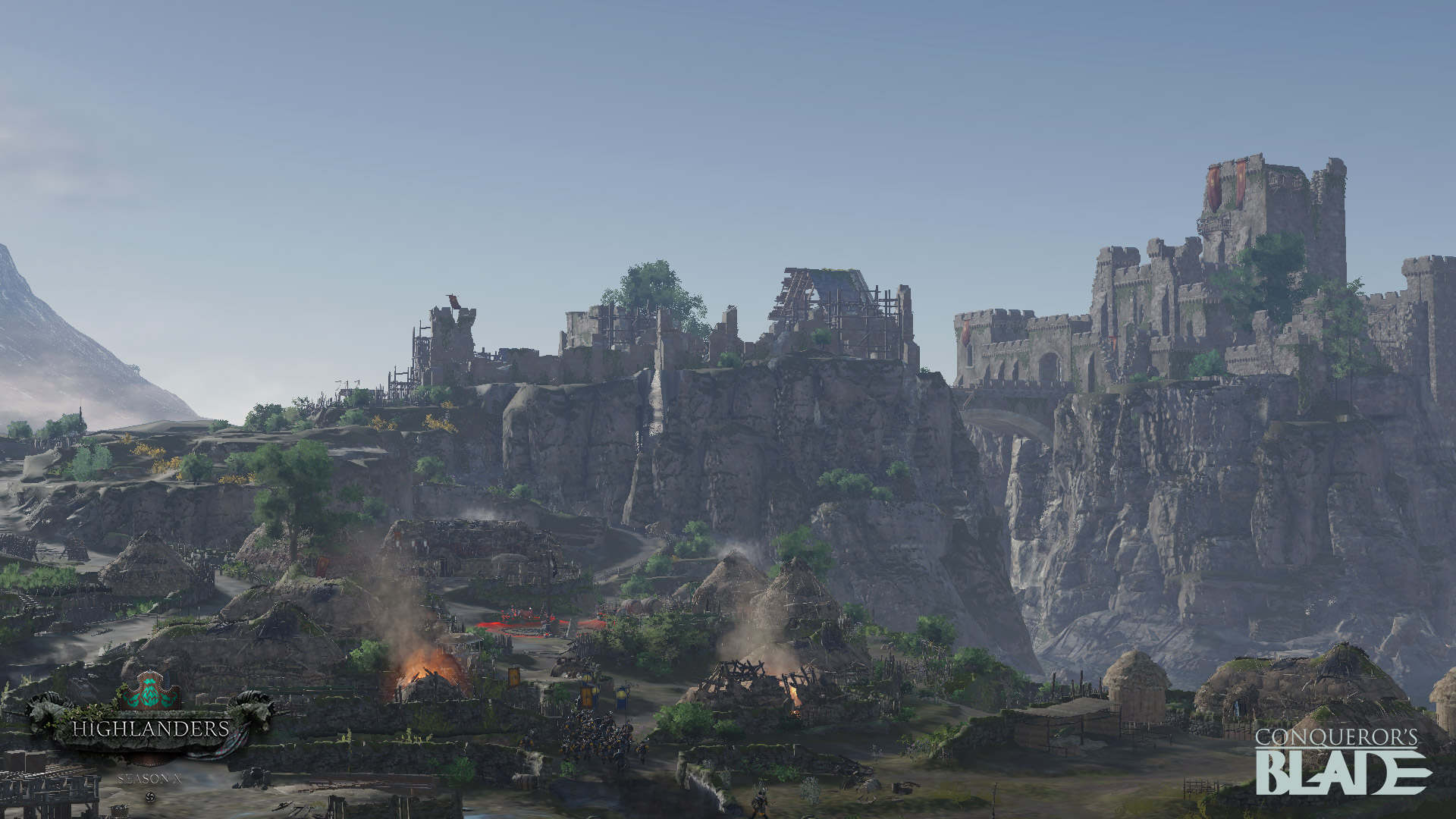 Broch Eastray’s village stretches up to a cliffside castle where the Loegrians have set up camp within the ruins and used its resources to erect defences, artillery, and traps. But the invaders neglected to realise that the Highlanders would have expert knowledge of this sacred site and find other routes to attack.

Attackers can gain an unexpected advantage by using the various routes and footpaths around the map to flank defenders’ formations. The supply point to the west can be seized early by attackers to gain an early foothold, who can leverage that to take Point B as soon as it's available.

Defenders can hold out at the base flag, fortifying units and artilleries behind the castle walls. The natural and invented defences can protect units from artillery fire and ranged attacks, and the narrow paths offer brace units the chance to hold firm against cavalry advances.

An incendiary catapult is the icing on the cake of this fighting fiesta, a devastating weapon to be turned against both attackers and defenders. Need some advice on which fearless warriors to take to Broch Eastray? Check out these brave kinsmen who have joined the fight for freedom—Bagpipers and Claymores.