Known for their fearlessness, the Claymores are soldiers given a great honour— a prized greatsword. Charging into battle at the side of their clan chieftains and able to fend off many more foes than their numbers, their cumbersome weapons become lethal in the hands of these freedom-seeking warriors.

The Claymores will fight by your side with freedom in their hearts and bravery etched on their faces in Season X: Highlanders.

The Claymores can be unlocked by completing Seasonal Unit Challenges. They also enjoy a Seasonal Bonus in the form of Leadership requirements decreased by 10 points for the duration of Season X.

The Claymores possess great power which, combined with their courage, makes for a formidable combination in the face of any foe. This unit is able to rouse itself to not only increase its attack strength, but also its own health, speed, and defence.

Each greatsword-wielding soldier will go all out with every attack, but will then enter a weakened state when that effect fades. 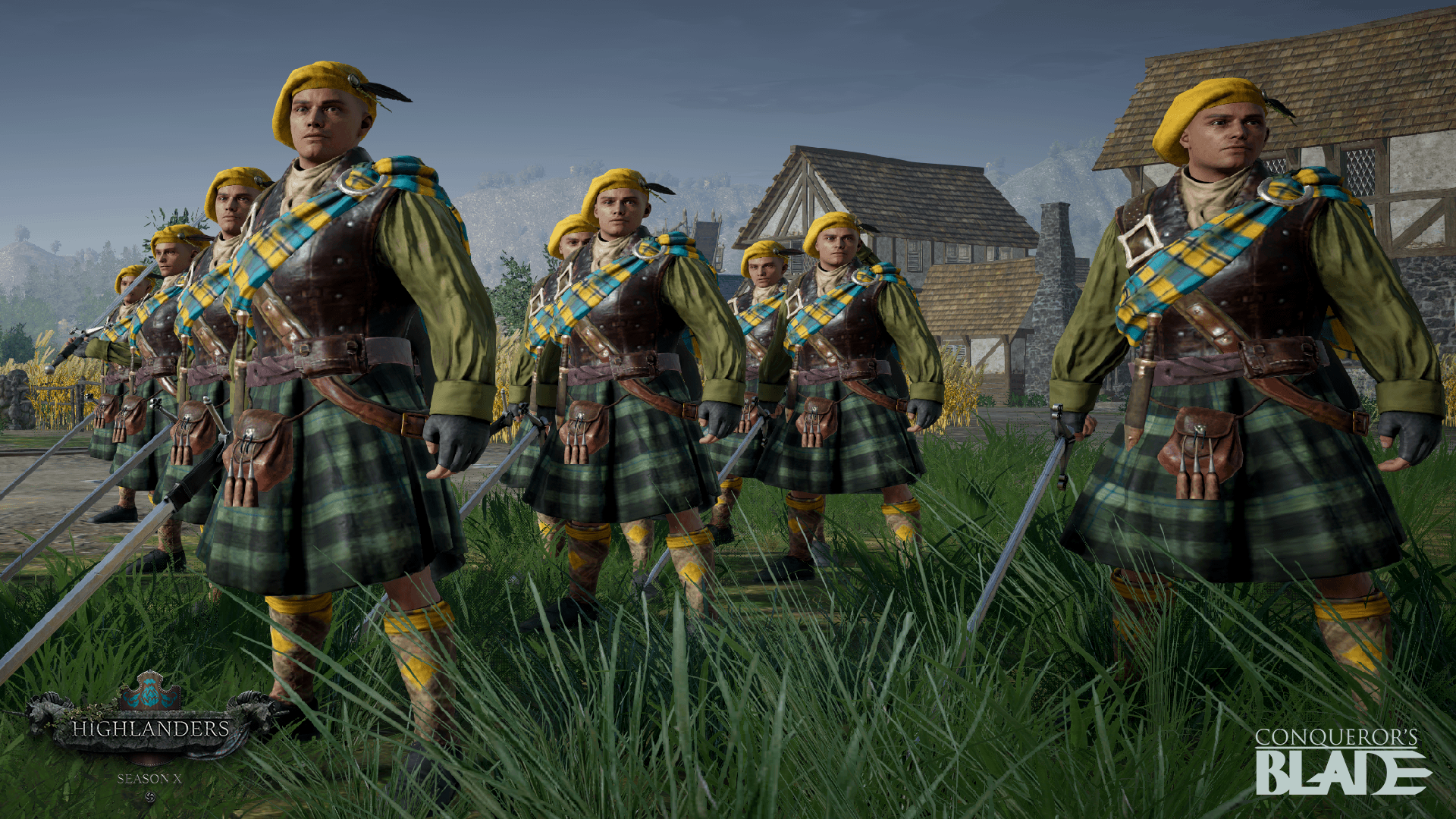 Claymores are now available to unlock via Unit Challenges.