“Music is nothing else but wild sounds civilised into time and tune.” - Thomas Fuller

These Northern troubadours make up for their lack of combat skills with morale-boosting bard mechanics, marching into battle alongside the troops of the Highlands, playing their bagpipes of war to instil fighting spirit into the soldiers.

The first Unit of their kind to enter Conqueror’s Blade, the Bagpipers stand strong in the face of the enemy and play their inspirational pipes throughout the campaign for freedom in Season X: Highlanders.

The Bagpipers can be unlocked and recruited to your cause via Seasonal Unit Challenges, and they enjoy a Seasonal Bonus in the form of Leadership requirements decreased by 10 for the duration of Season X.

Their exclusive Doctrines reduce damage taken while playing their instruments in the heat of battle and enhance their area-of-effect.

Though the Bagpipers do not charge into battle with a typical weapon, their chosen musical instruments of war can turn the tide of a conflict with ease.

Able to boost damage and defence stats of their surrounding allies with their skill-boosting melodies, this musical troop provide a much-needed (and brand new) Unit mechanic to bring into the fray.

Their Veterancy bonuses form a single chain dedicated to reinforcing them (as they cannot attack or defend themselves like other Units), with the choice between more range added to their area-of-effect or providing a stronger bonus for allies. 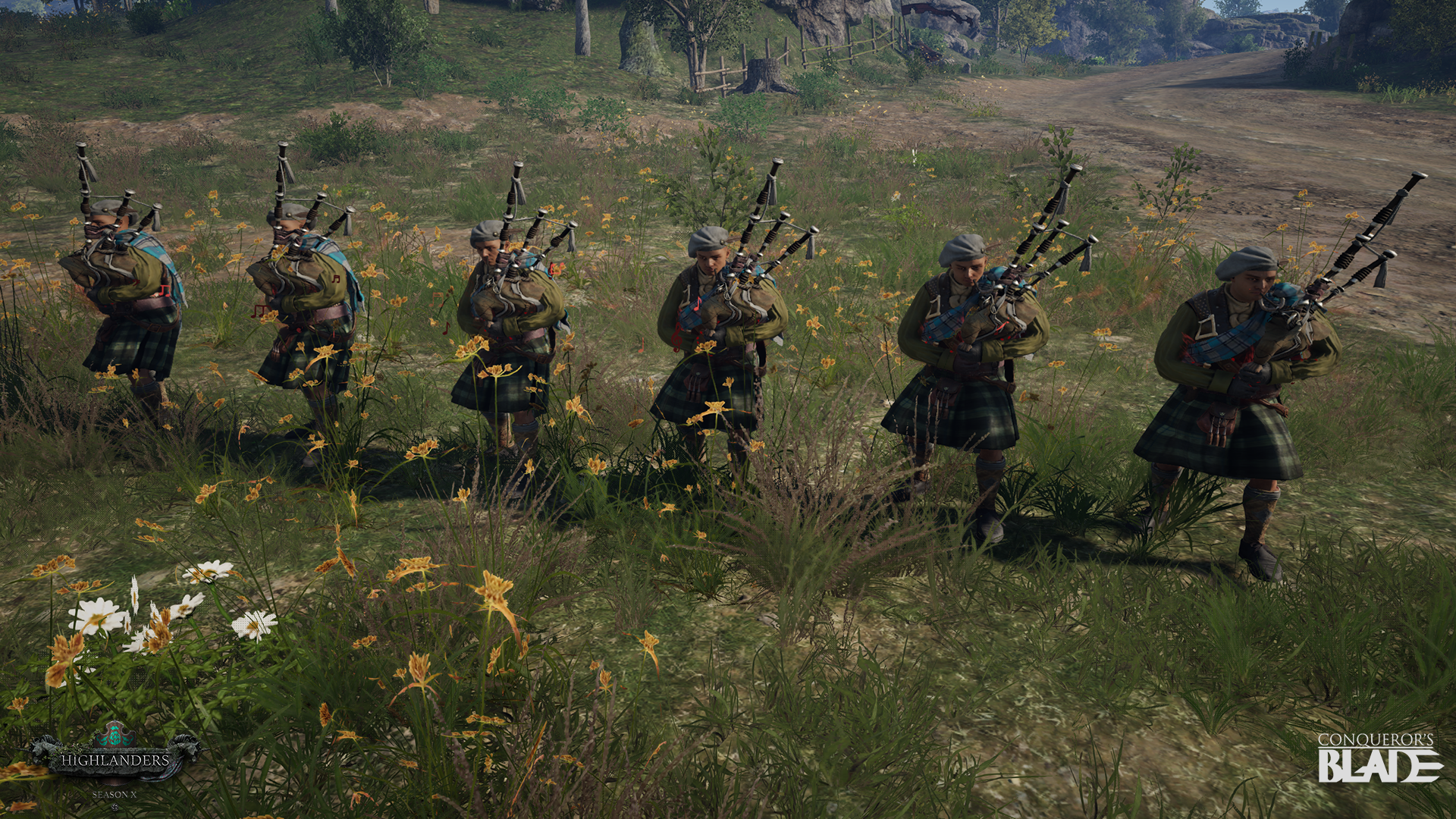 The Bagpipers Unit is available to unlock via Unit Challenges now!