Across the Whale-Road lie the Isles, home to two great kingdoms who have been at odds for centuries. The powerful Kingdom of Loegria, ruled from Lod’s Town by a young and ambitious King Edmund, encroaches on the boundaries of the Kingdom of Aelba—also known as the Highlands—to the north.

Subject to a brutal military occupation of their towns and villages by King Edmund’s army, the Highlanders can bear this burden no more. With no monarch to unite the people and push back this threat to their freedom, the Highlands clans must put aside their bitter rivalries if they want to repel the onslaught from their powerful and hostile neighbour to the south. 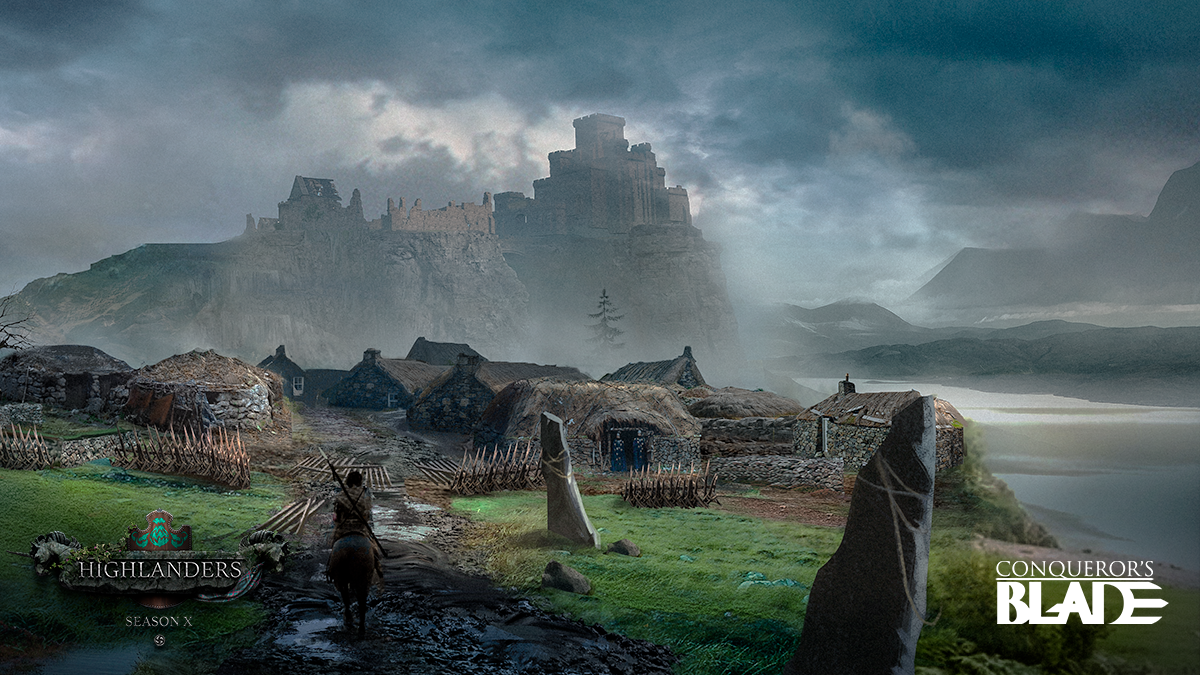 However, the Highlands’ clans have long been fighting their own civil war, with clan chieftains looking to seize farmland from their brethren by any means possible. Cattle raiding, arson, and blood feuds are common fare, and all thwart the formation of a single, stable, and unified kingdom.

Feuds must be forsaken, warriors must be recruited from the far regions of the land, and history must be written if the sons and daughters of the Highlands are to regain their freedom.

The rest of this tale will be told in the Seasonal Campaign for Season X: Highlanders, coming to Conqueror’s Blade as a free update on December 21!