Freedom is calling as Season X: Highlanders nears in Conqueror’s Blade! Answer the cry by pre-purchasing the Season X Battle Pass to earn exclusive in-game rewards now and as soon as the new season launches on December 21.

The following instant rewards are only available when you pre-purchase the Season X Battle Pass in-game or from MY.GAMES Market before December 21:

Highlanders can earn over 100 levels of rewards from the Battle Pass in Season X: Highlanders, including all-new and exclusive cosmetics, Emotes, currency to exchange for new Weapon Skins, and so much more. The ultimate reward sits at Tier 100—the Laird of the Isles Hero Attire. You’ll also receive the Clan Chieftain Hero Attire straight away when you activate your Battle Pass on December 21!

Unlock Blades from the Battle Pass to exchange in the Seasonal Store for Highland-themed weapon skins and Antique variants of Season VI: Scourge of Winter Battle Pass attire. 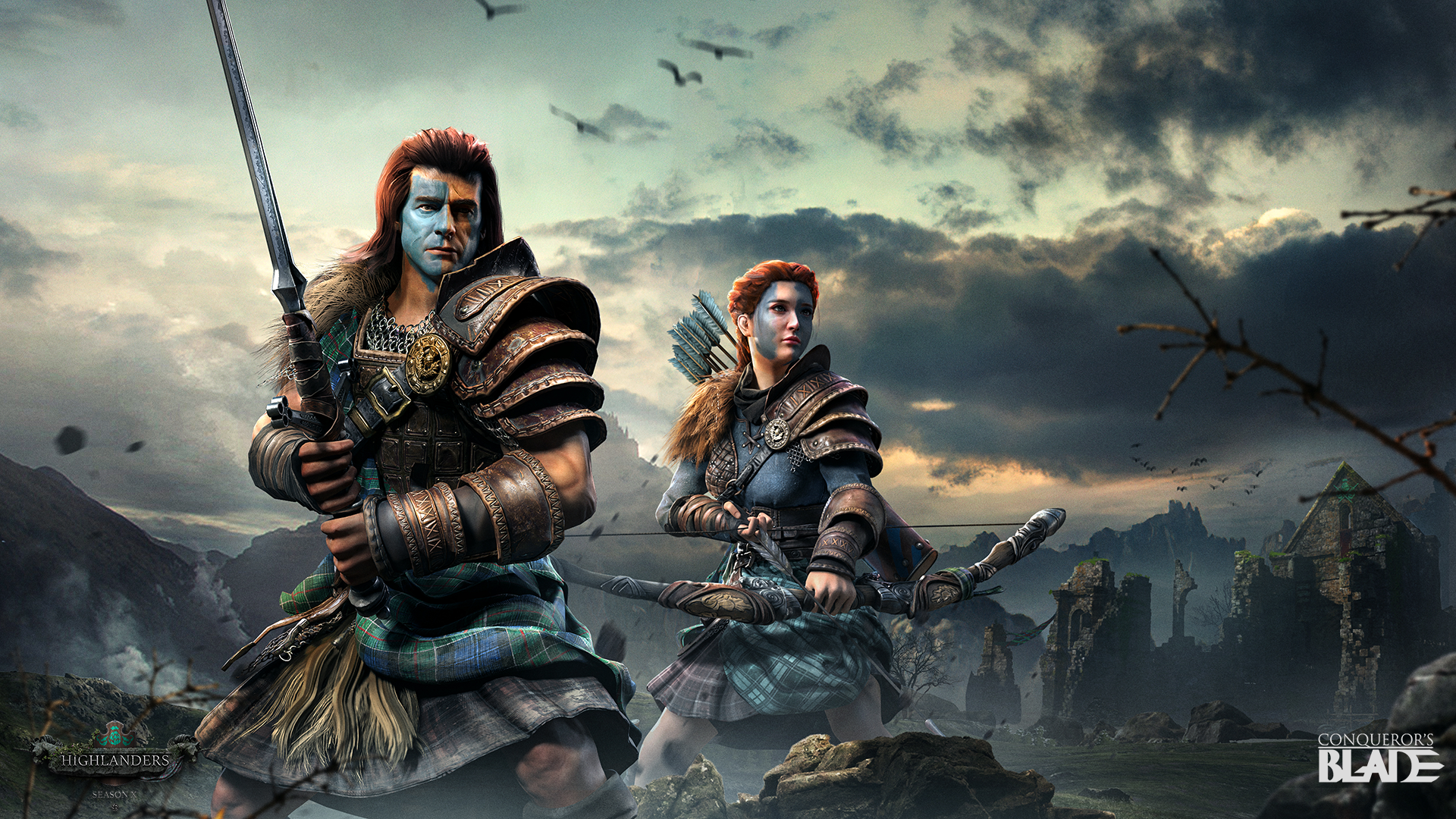 Stand with your kin and fight for freedom when Season X: Highlanders launches as a free update on December 21. Read more about the upcoming season in the official announcement!

IMPORTANT: The Season IX Battle Pass (available in the current season) will be removed from MY.GAMES Market and Steam on December 17.