As the Borderlands quake with every step the ruthless Tyrant takes towards his next conquest in Season IX: Tyranny, so too have the tectonic plates of the real world shifted when a tyrannical leader came to the fore. The world has endured the reigns of several corrupt dictators, and the people under these rules suffered at the merciless hands of these tyrants. But who were they, and what wicked deeds did they commit?

The Roman Emperor Caligula’s reign (37 to 41 AD) began prosperously, beloved by his people and ushering in a period of public rejoicing, but those joyful times would soon become miserable. Caligula’s exhaustive efforts to gain territory and power would quickly leave the treasury empty, leading to a public famine and crippling taxes, along with the reinstitution of treason trials — where innocent people were put to death without fair trials — for Caligula’s political gain.

All in all, Caligula weakened the Roman Empire with his unpredictable acts of insanity, insatiable lust, and claims of divinity. That is, until his assassination at the hands of the Praetorian Guard. 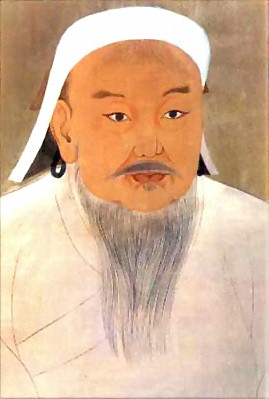 The Mongolian ruler and founder of the Mongol Empire, Genghis Khan, ruled with an iron fist from 1206 to 1227 AD. His military prowess enabled his empire to blow through Asia and Europe like a storm, capturing and maintaining power until his domain covered a landmass the size of Africa. However, that power came at a cost to the citizens of his conquests, who were mercilessly slaughtered in his pursuit for domination of their lands.

As well as his official heirs, Genghis did more than dominate lands. He had several concubines with whom he sired hundreds of children. In fact, one in every 200 men alive today is a relative of Genghis Khan; possessing the same male Y chromosome. His extreme violence and large-scale domination make him the feared and respected leader he is now remembered to be.

The Tsar of Russia, Ivan IV, ruled from 1533 to 1584 AD, was devious in nature and severe in his actions. While the territory of Russia expanded to almost one billion acres, his arbitrary killing of those he considered a threat (even his wives and children) in the cruellest of manners such as impaling and boiling to death gave him his nomenclature. This brutality may have been a positive trait when securing new territories. Still, his paranoia and brutality have earned him a place in the history books as one of the most monstrous tyrants of all time.

Read up on the Tyrant terrorising the Borderlands in Conqueror’s Blade, and get ready to battle for the Conqueror’s City in Territory Wars.