Though the Glaive isn’t the most heavily-armoured character class, nor the most agile, the weapon upon which it is named must rank among the most terrifying in the current iteration of Conqueror’s Blade.

That’s because there are fewer things that make a medieval shank more fearsome than something long and unassailable to mount it on. Knife not doing it for you? Put it on a stick and, voila, a spear! Axe not choppy enough? Here, a pole! Giant ornamental sword not intimidating the enemy ranks like it should? How about so you can swing it so that no-one can get close to you? Brilliant! For all its obvious potency the glaive is by no means a superweapon. It has a long reach, sure, and it will cut deep if its blade finds flesh, but it’s a top-heavy weapon that requires strength to wield properly.

It’s also something that even the most distracted enemy should be able to see coming and run away from. In one-on-one duels, between a glaive and pretty much anything else, a Yakety Sax-backed comedy chase will regularly ensue.

In amongst the confines of rank-and-file confusion, however, the glaive will likely do much to further the cause of its eager operator. 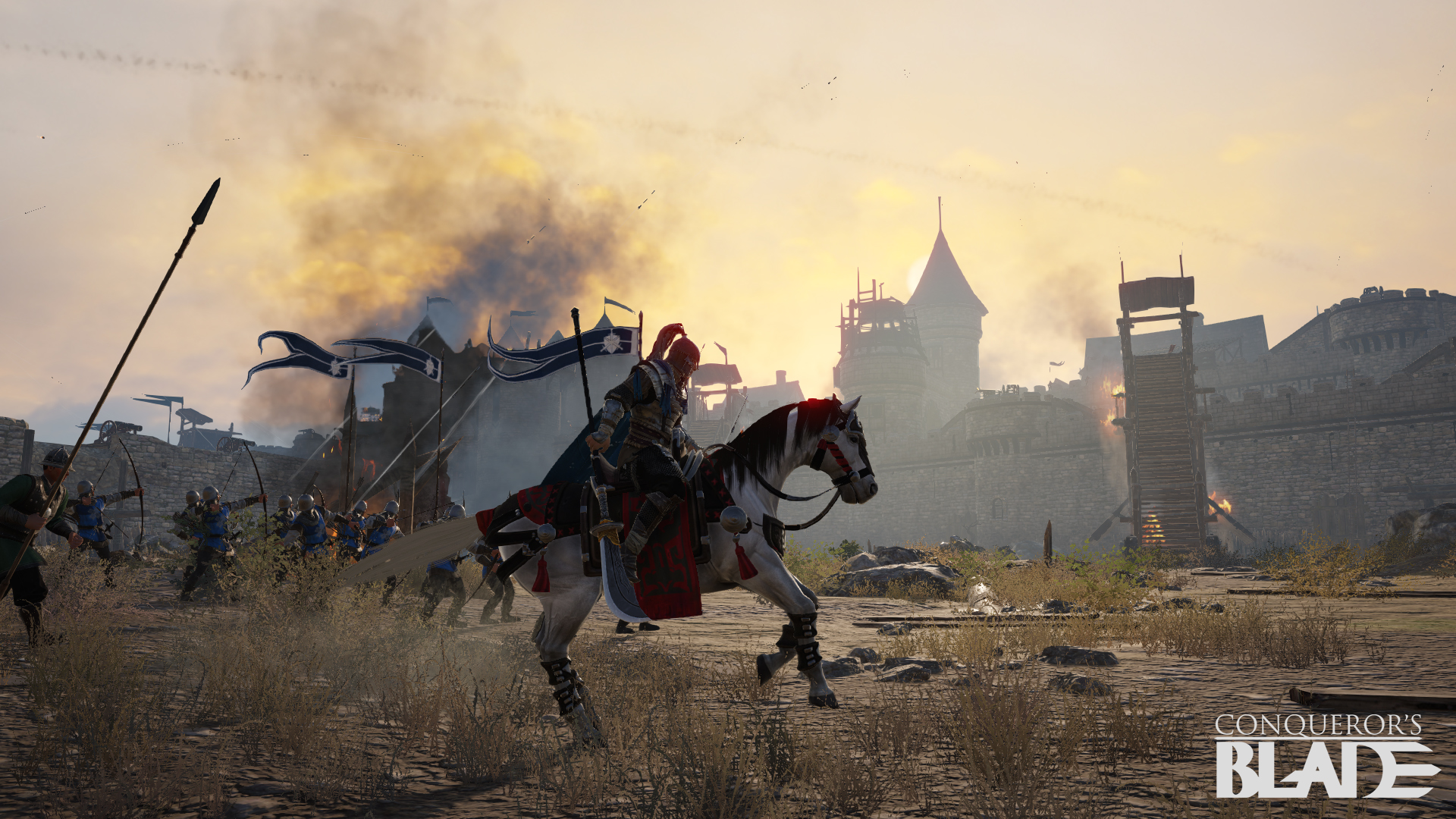 Obviously, there’ll be some changes to the Glaive class between now and the release of Conqueror’s Blade, but we can’t help but feel that it will a popular choice with new players. Let’s look at some of the skills that will convince them of its devastating merits. The official Conqueror’s Blade forums are open for parley

Community
They think it’s palaver. It is now!