Welcome to the first of a series of guides looking at some of the character classes being developed for Conqueror’s Blade. We begin with a look at the Shortsword & Shield, which, as with all classes in the game, is subject to a great deal of change between now and the game’s launch later on this year. 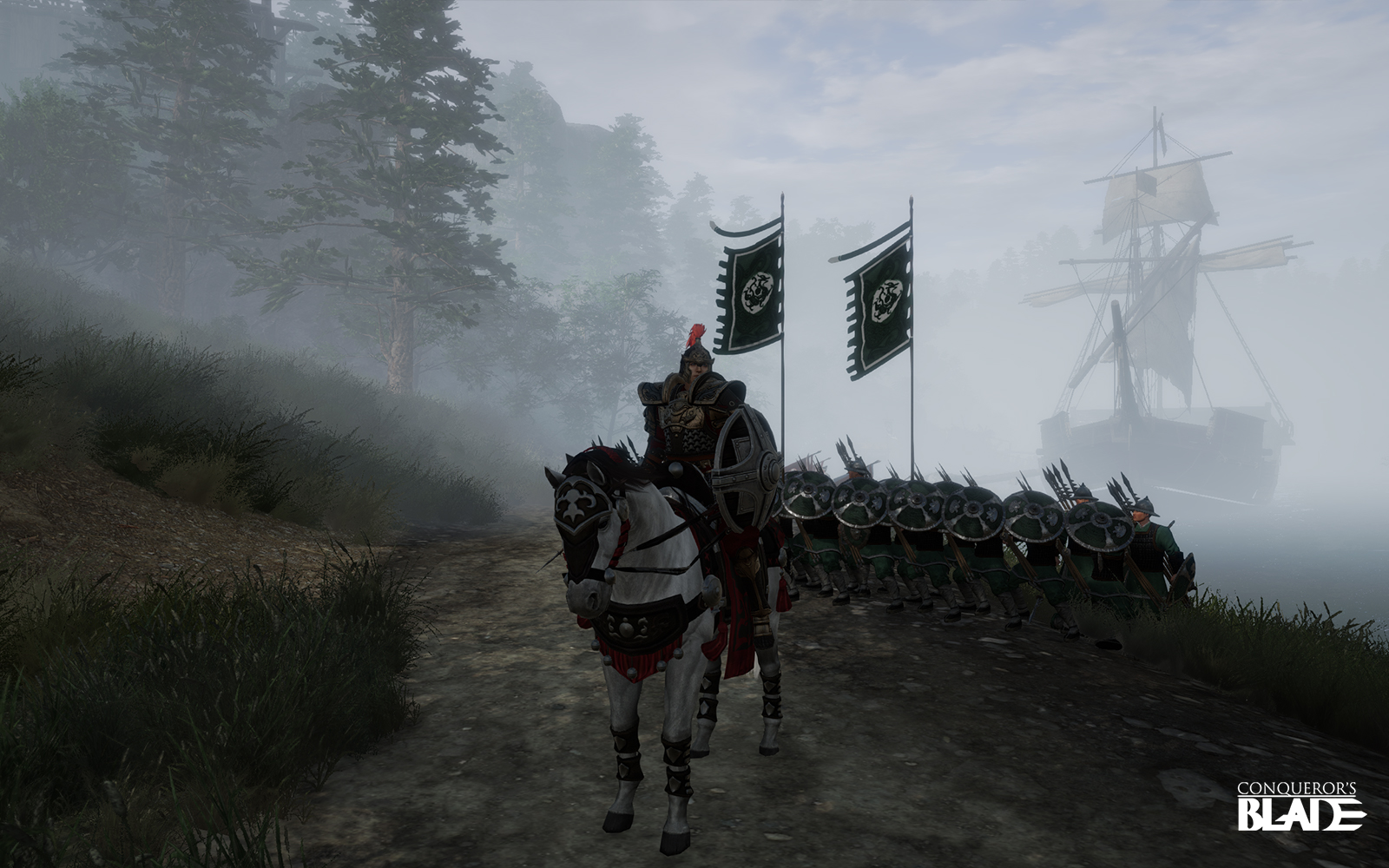 The name Shortsword & Shield is intended more to differentiate the class from its heavier in-game compatriot rather than serve as a definitive historical reference, for which the term broadsword would be more accurate, since the class specialises in the many basket-hilted swords of the late medieval era, such as pallasches, sabres and daos.

Compared to the Roman gladius or the 14th Century basilard (consummate with Dark Age thugs), these were rather more refined weapons that often had curved blades that were perfect for rapid hit-and-run attacks into confused enemy lines. 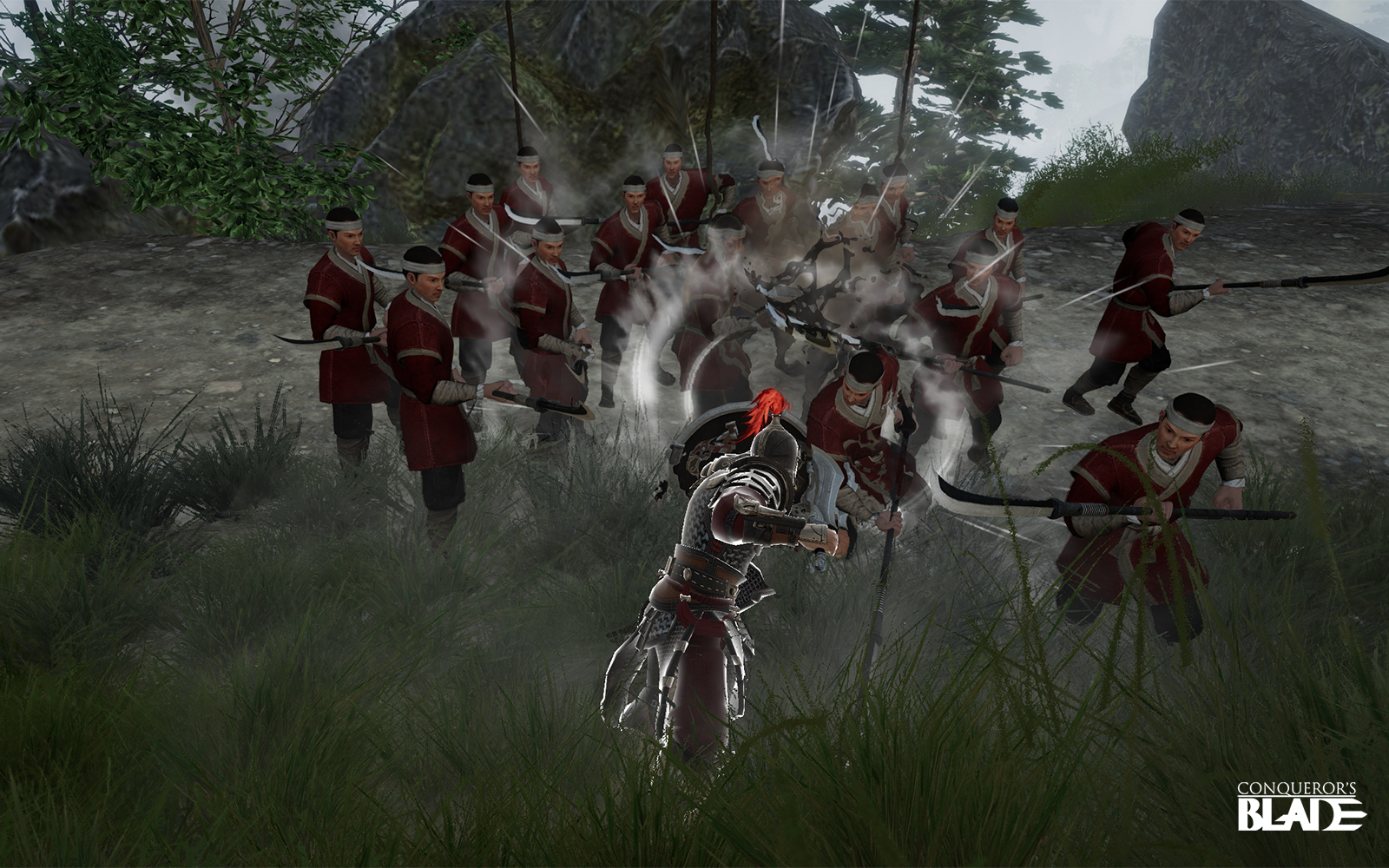 The baseline Shortsword & Shield character in Conqueror’s Blade is currently represented by a Chinese swordsperson in light leather armour, armed with a one-handed dao and a light round shield.

Despite easily being mistaken for a defensive class, it is a fast-moving skirmisher with swift slashing attacks, able to withstand the attentions of archers while being able to adapt to changing battlefield conditions. Though lightly equipped, once engaged, it is a class that can stay in the fight for as long as possible, at least until the proverbial – or even literal – cavalry turns up.

Let’s look at some of the class skills and abilities for the Shortsword & Shield, the names and aftereffects of which are subject to change. 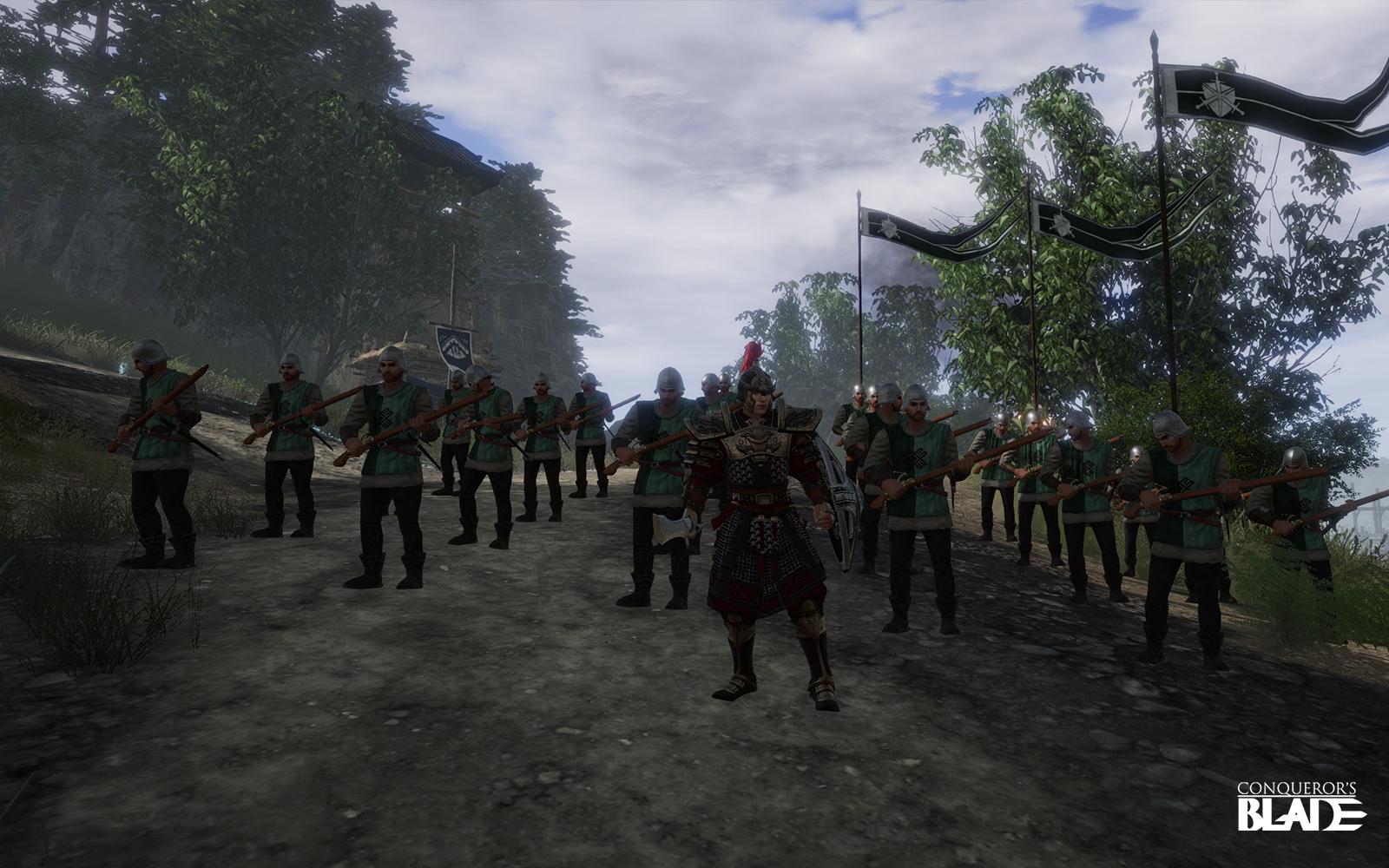 The Wonderful World of Conqueror’s Blade