One of the main concepts behind the development of Conqueror’s Blade has been to ask a bunch of “what if” questions? Not specifically as to who might’ve emerged victorious had the armies of Harold Godwinson and Zhu Yuanzhang ever met on the field of battle, but more along the lines of how neat would it have been if the most iconic medieval weapons, armor and tactics from east, west - and all points in-between - actually clashed. The answer to which, of course, is "pretty neat"!

Why is it neat? Well, many of us are aware of the relative superiority of English archers, the versatility of the Mamluks and the martial process of Samurai, but because there was no historical arena in which the best of the best could spar, the only means we have to decide such matters is through computer games. Sadly, while there have been a good few over the years that have allowed civilizations to duke it out from on high, battlefield granularity and verisimilitude have rarely seemed a priority.

That's not to say liberties shouldn't be taken when gameplay is king. In setting Conqueror's Blade on a world whose territories and resources have been seeded to facilitate war above peace, and by allowing warlords to take their units from whatever unspecified historical nation they wish, Booming Games have set out to build a compelling sandbox arena ahead of one that's historically accurate. Conqueror's Blade isn’t on a mission to decide the best historical units per se, but to reward the players that can assemble and deploy the most successful combination of units and tactics - one that it's not been possible to assemble on such a range of scales before. 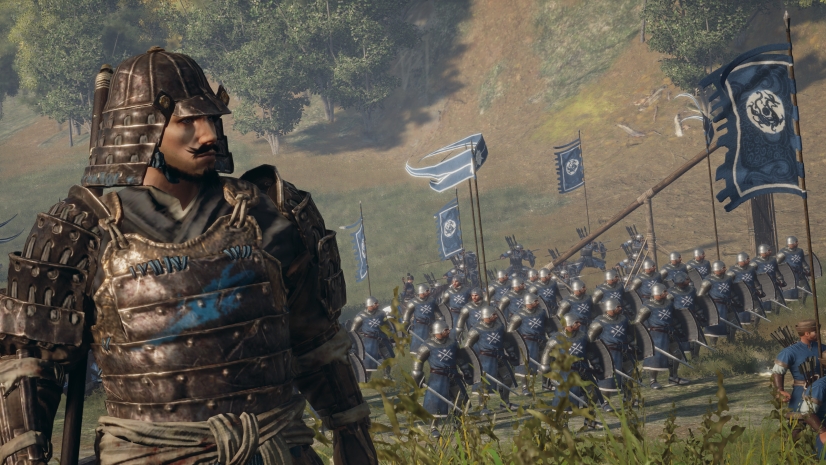 What's perhaps most exciting of all is how broad the selection of units and weapon could one day become. At launch, Conqueror's Blade will feature an impressive array of medieval tech, but only a relative few cultures and civilizations have inspired the game's units thus far. There are plenty of obscure war machines still to be reproduced and dozens of iconic units still to be represented. It's likely that not all of them will find their way into the game, not because there's only so many that can be recreated, but because much depends on what happens next.

Unlike the various feudal ages from which Conqueror's Blade draws, the history of the game has yet to be written and how the game is played will ultimately decide how it expands - inexorably leading to the biggest “what if” of all: What if together we move beyond mash-up and form a new and distinct medieval age, possibly with its own units and technologies evolving as a consequence of player agency? Though it may take us closer to the realm of fantasy than reality, it’s a pretty neat thought as we all strain at the leash to get conquering. One thing’s for sure, the past is far from certain!

Cohesion, communication and the importance of forward-planning