With their trusty workers’ tools fashioned into deadly weapons, the Axe Raiders are the second Seasonal Unit ready to fight in Season IX: Tyranny Available to unlock now via Unit Challenges. Axe Raiders throw their makeshift axes at their opponents for brutally damaging strikes and use their own pain to their advantage for do-or-die attacks.

The Axe Raiders can be unlocked via Seasonal Unit Challenges. They enjoy a Seasonal Bonus in the form of Leadership requirements decreased by 10 and resupply costs reduced by 50% during Season IX.

As the Tyrant rose and famine swept the Borderlands, everyday people were forced to take arms and repurpose what tools they had to survive in the face of this new threat. The Axe Raiders are a band of unlikely soldiers defending their lands and lives with the tools that once worked the land. While some troop members chose to follow the Tyrant, others became mercenaries and grew into a formidable fighting force against the new evil.

Throwing their axes at their foes with precision, this unit will stop at nothing to defeat the enemy, especially when they are injured themselves. 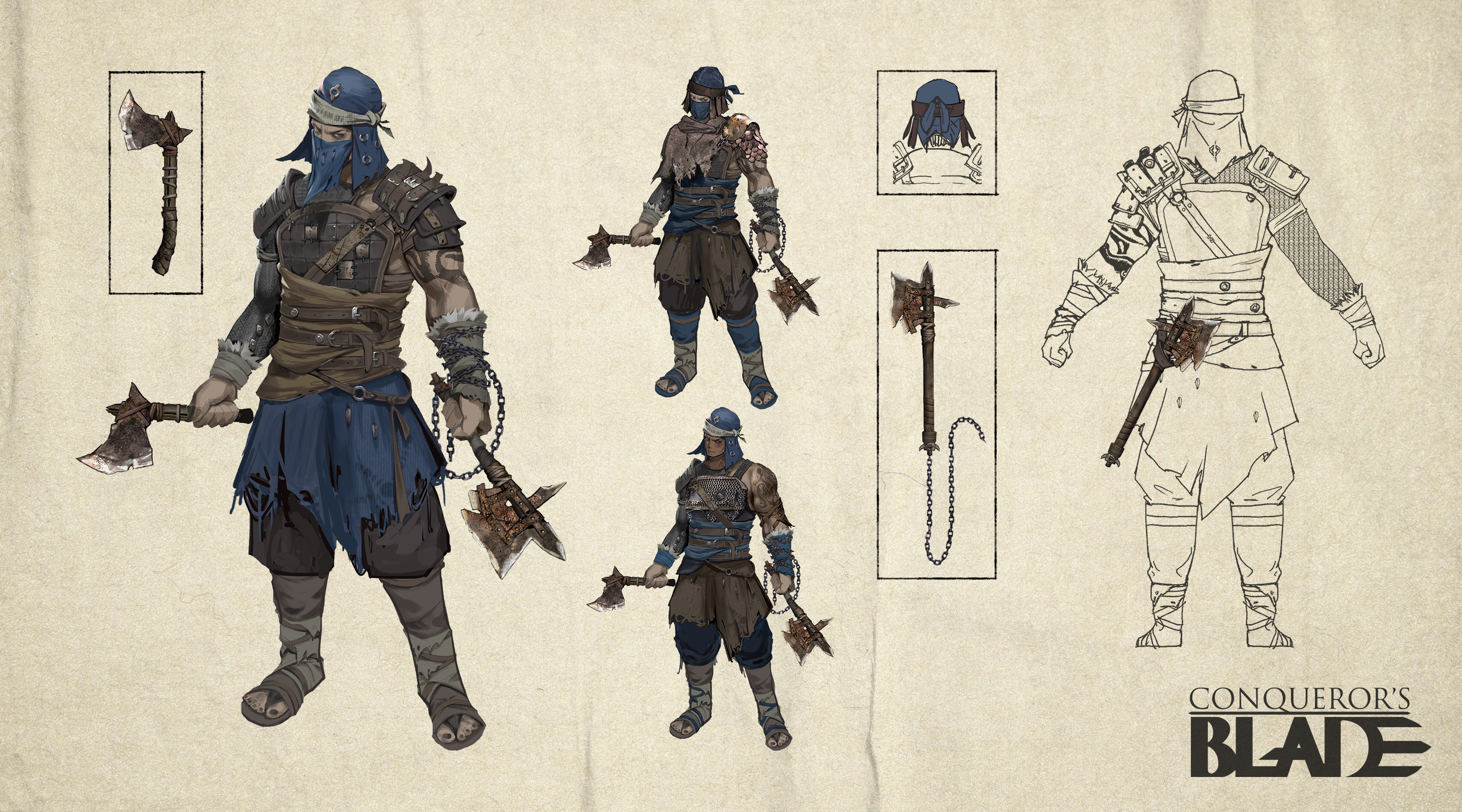 The Axe Raiders are available to unlock via Unit Challenges now!

Take on the Heroic Trial until October 18!