Chibs has been with Conqueror’s Blade from the beginning, but now it’s time to get to know him a little better! This Community Manager supports German Conqueror’s Blade players, comes up with fun events, and more. You’ve likely seen him streaming on our Twitch channel and active in our Discord over the last few years!

We sat down with Chibs and grilled him about fashion over function, working on Conqueror’s Blade from the beginning and his favourite community moments.

You’ve been with MY.GAMES for several years now. What is it about the games and the community that you like the most?

It is my sixth year now at MY.GAMES. I just like to be part of the changes and developments that MY.GAMES has had in those six years, every day has its new challenges, and it is really fun to see Conqueror's Blade grow, as it is the first game I have been a part of from the very beginning. Another big part is the team. You get to work with so many different people from around the world, which is a lot of fun.

I liked the mix between MMO and RTS as I am a fan of both genres, and I liked the challenge of working on a game from the very beginning, as I mentioned before. I like the vision Conqueror's Blade has, and I want to see what the future brings for it. It was really fun to help build the community around it, and it is great to see that we have a lot of passionate players who are really invested in Conqueror's Blade and want to see it succeed as much as we do.

Tell us about some of your favourite or funniest moments as a Community Manager.

The live streams are always a ton of fun. It is a great dynamic, and the amount of epic fails we can cram into 1.5 hours of live streaming is hilarious.

What was your favourite event that the community team created that you were a part of?

I really loved our time at conventions and meeting the community, but those are, of course, not only created by the community team. I think the best so far was the first "The Clash” event. It was painful but fun, and we will definitely have our revenge!

Pick three words to describe how you think the community views you! 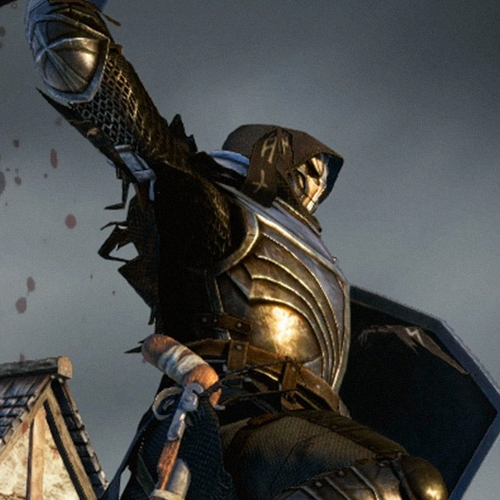 What other MY.GAMES projects have you worked on?

Skyforge, Armored Warfare, Cloud Pirates, Revelation Online. Basically, I was more or less involved in every title before completely focusing on Conqueror’s Blade.

Let’s go back in time to the first game you ever played - what was it?

That is a hard question. I think it was Sonic The Hedgehog on my cousin’s Sega Mega Drive.

Would you rather have the coolest Attire or the most powerful Units?

Definitely the coolest Attire (which is definitely the Minotaur Hero Attire!). You have to be stylish on the battlefield, come on!

You can only choose one weapon to wield in Conqueror’s Blade for life - which is it?

I played with the Spear for a long time, since the Conqueror’s Blade Alpha, to be honest... but I’ve really come to like the Dual Blades recently, so I think I'd go with that one for eternity!

You can get in touch with Chibs via Discord, and catch him on the Conqueror’s Blade Twitch channel along with the full team, and watch his German (DE) streamsevery two weeks (on Thursdays) at 17:00 CEST!