The reclamation of the north began on December 21 and was completed March 4, during which time the entire region of Ostaria was locked down due to a combination of winter weather and a rampaging Desecrator incursion. Hundreds of houses and alliances were called upon to enter the region, uniting to liberate it before setting their sights on its conquest. Naturally, as the season drew to a close, Augolia became the focus for their ambition, but not before Reginopolis and Turul Város too were deemed of seasonal strategic importance. 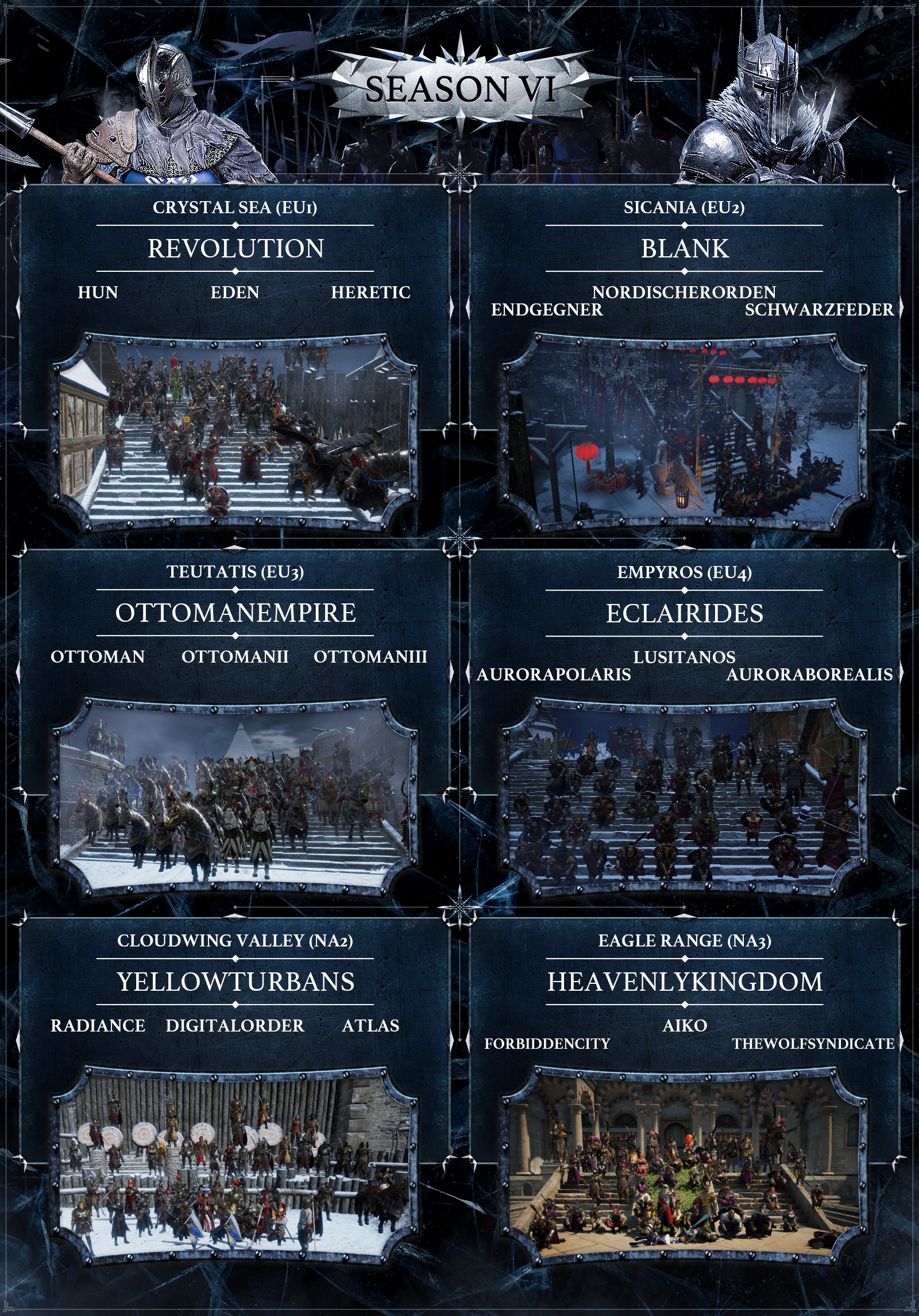 Having fought ceaselessly for its capital during the previous season, Season V: Legacy of Fire (October 13 - December 5, 2020) opened up the region of Anadolou itself, with armies campaigning to control its fiefs for the first time. With the Conqueror’s City left in peace, it was Reginopolis’ turn to stage the season’s final battles, but not before other regional capitals, namely Daicheng and Turul Város, came under assault. For the first time in Conqueror’s Blade history, territorial warmongering went worldwide! 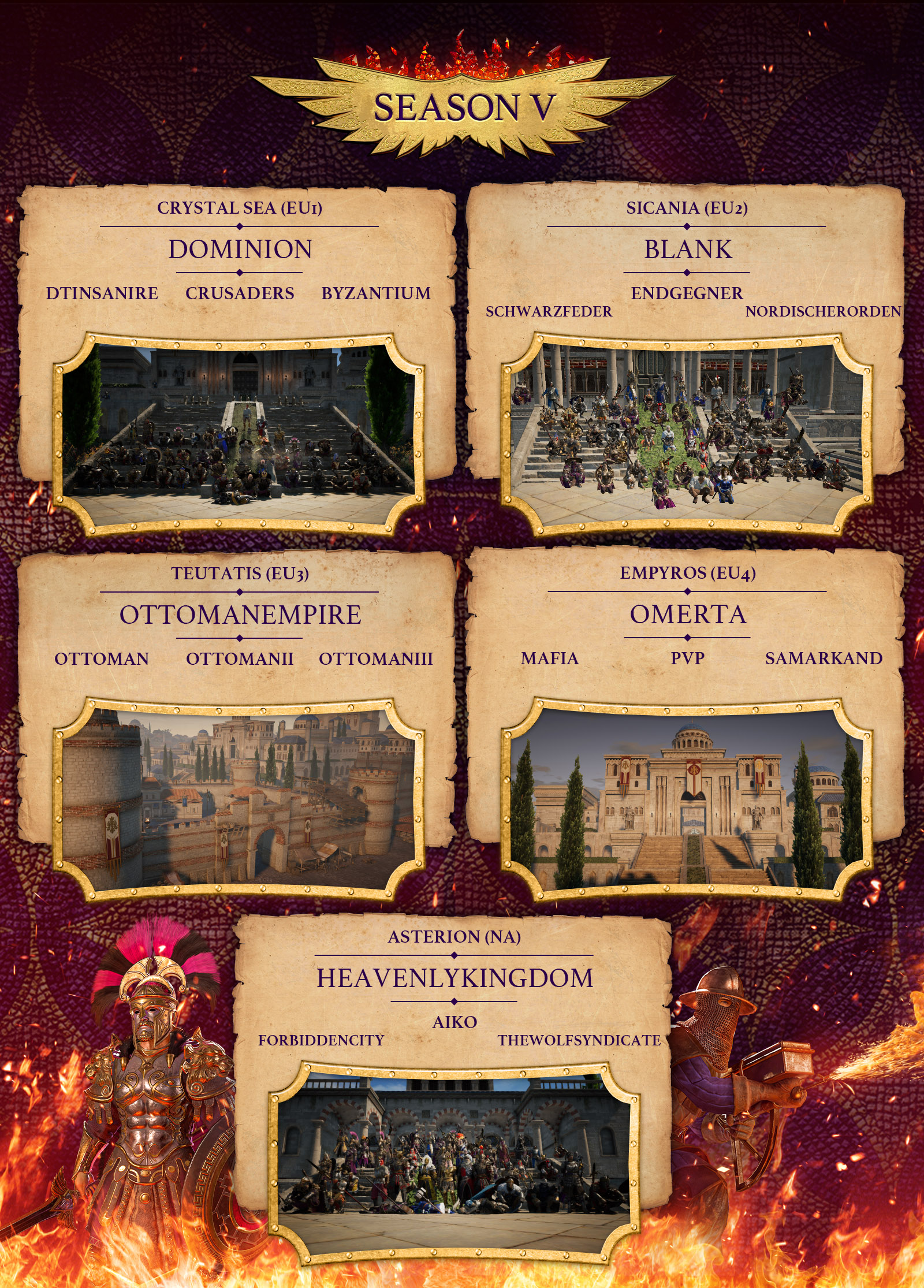 Season IV: Blood of the Empire commenced July 21, 2020 and raged across an uncertain summer, to eventually end on October 5. During the season, the city of Reginoplos was first teased as a future site for conquest, but it was The Conqueror’s City that was again the main prize. It was also the season we added a new server (EU West 3, Teutatis), and officially started supporting the great Turkish-speaking player community. However, despite much that was new, the fighting was as old as war itself, and the victories ever as sweet. 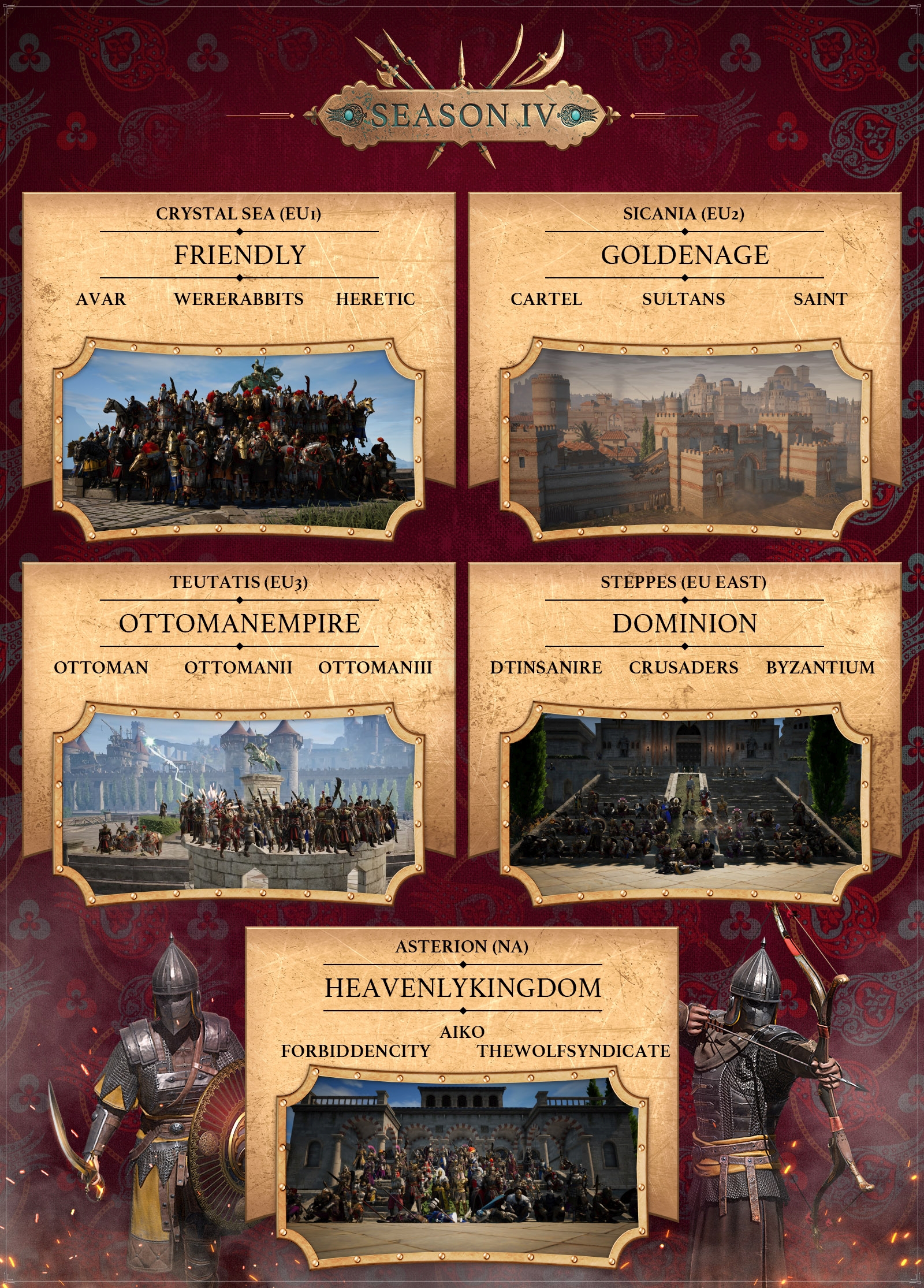 In the frenzied wake of the Soldiers of Fortune release (April 21, 2020), Season III’s campaign commenced May 5 and concluded on July 10 after more than two months of ceaseless warfaring. In that time, many fought bravely just for the right to challenge for control of the Conqueror’s City, but only the most skilled and honourable succeeded in adding the world’s most recognisable fief to their list of conquests. We honour their timeless achievement, and those of their predecessors, below. 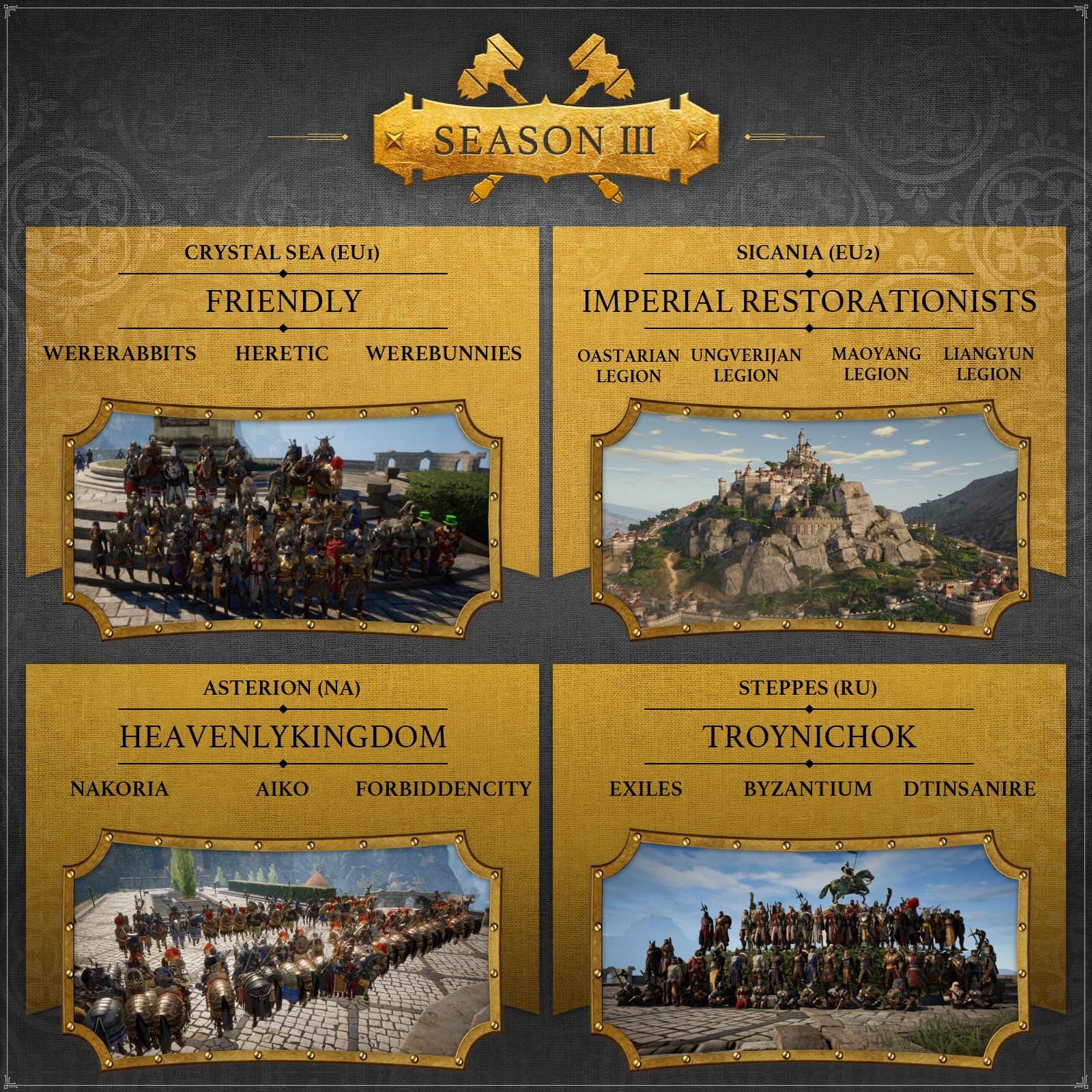 Having been campaigning since the release of Wrath of the Nomads on December 19, 2019, we hereby commemorate the heroic efforts of those houses and alliances that succeeded in capturing the Conqueror’s City in the climactic battle for Season II on the 17th and 21st March, 2020. May their accomplishments echo through the ages and inspire others to even greater glories! 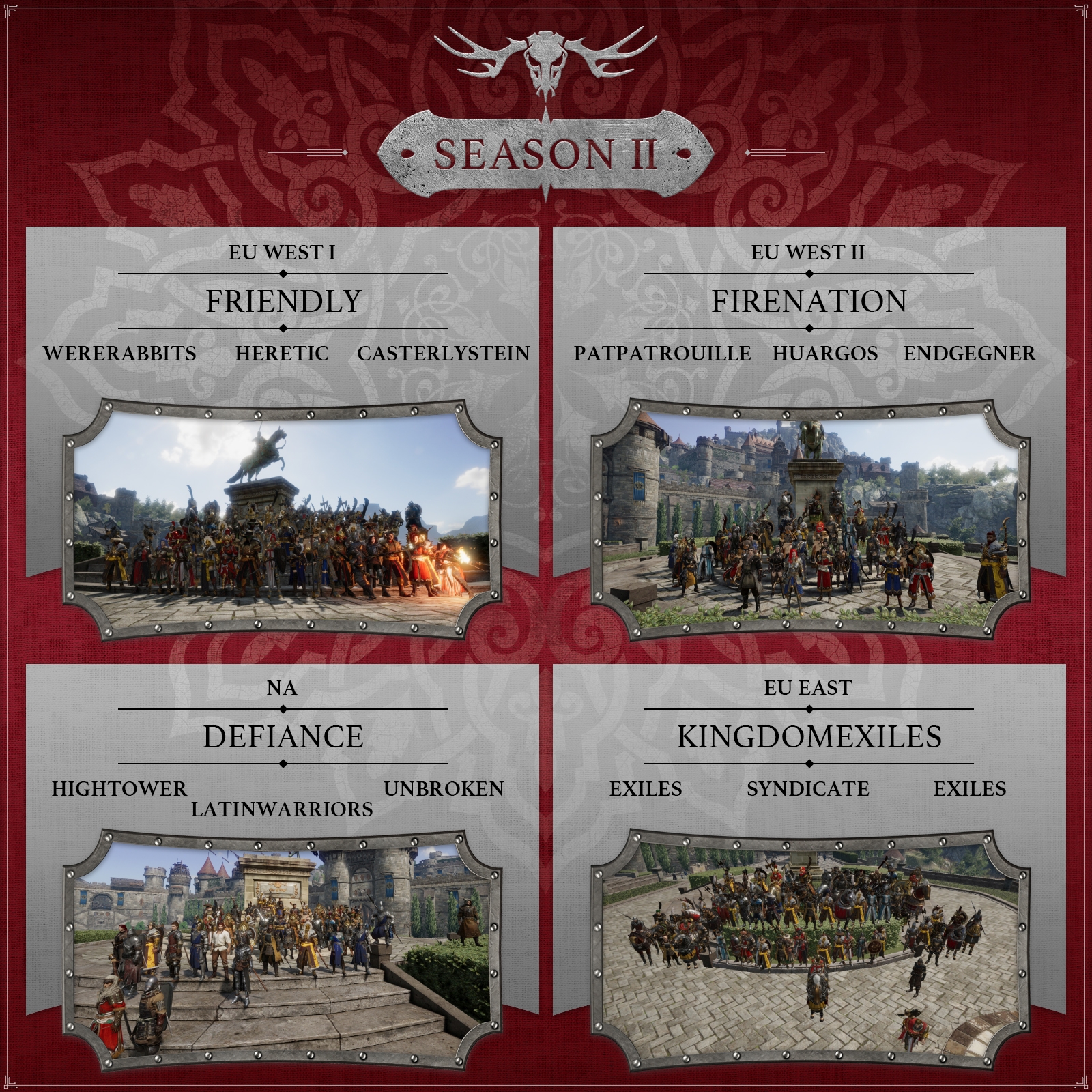